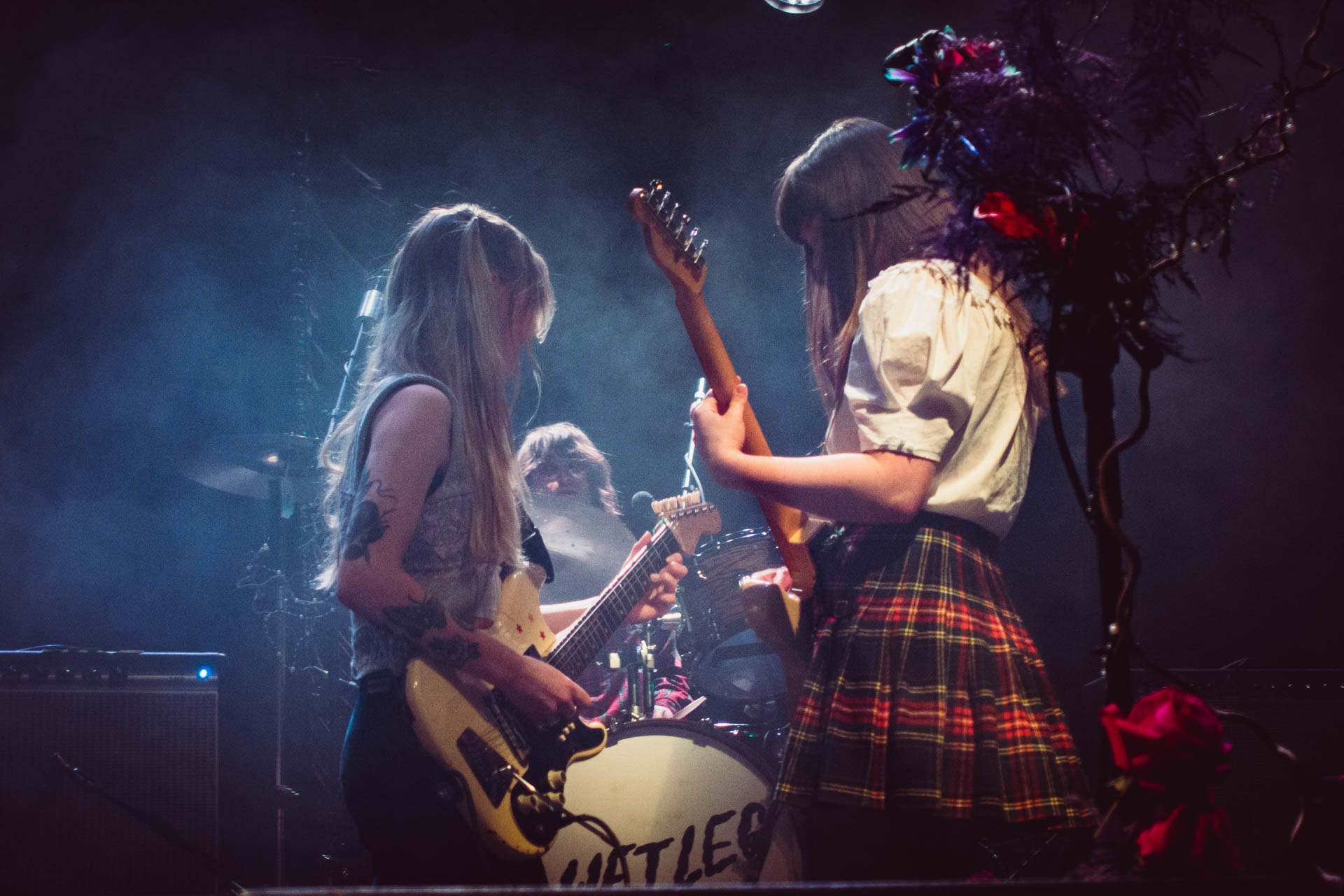 What an amazing whirlwind 10 months it has been since Wet Leg released their debut single, ‘Chaise Lounge’. Tonight, two weeks after their debut album went in at Number 1, they played a sell-out show at the Electric Ballroom, which had been upgraded from Scala by-passing the usual route to success, hitting the bigger venues straight away. No wonder the band were smiling throughout tonight’s gig. It must all be surreal.

I saw Wet Leg six months ago at Omeara. Playing to a room full of Industry. With only two singles released, the room’s reaction was a little muted. Tonight, as predicted back then, with a room full of people who knew their songs, the Electric Ballroom was bouncing.

In my review at the time, I said I would reserve judgement. The building blocks of a good band were there, but we needed to see how they progressed. Tonight, it is clear they are destined for success. Just two weeks after the release of their No. 1 album. Some people around me knew the words to most of their songs and early in the set, everyone was singing along to ‘Wet Dream’, as Rhian giggled with joy.

While Wet Leg are Rhian Teasdale and Hester Chambers. It was great to see they are developing as a band as a whole. Tonight it really was Wet Leg the band, with good chemistry on show and they all seemed to enjoy themselves and lots of smiles and encouraging nods between the band members and Hester and Rhian, generally larking about. They seem to have the right attitude, enjoy every moment of the adventure.

There was an interesting contrast that in some way explains Wet Leg’s winning formula. Support was from Honeyglaze who I think objectively have better and more sophisticated songs. Very much the clever indie that goes down well on 6Music but won’t get airplay elsewhere. Many in the audience talked through their whole set. What Wet Leg have done is create infectious songs that have a wry sense of humour and captures the irrelevance we all had up to our mid-20s before the realities of life hit us. They somehow have bottled it up in 3 minute long songs which seem both familiar and fresh. None of the songs overstay their welcome. They are all fun. So an oldie like me feels young again, while teenagers feel the songs are talking to them rather at them, It is incredibly rare that a band manages to do this.

As predicted, ‘Chaise Lounge’ caused the crowd to explode with joy. Everyone jumping up and down singing along to one of the most infectious songs in living memory. This band are going to go down a storm at festivals. I wonder if any festival will be brave and give them a top-of-the-bill slot because you know what? Even if they feel they aren’t ready, I think the crowd are ready to carry them there.