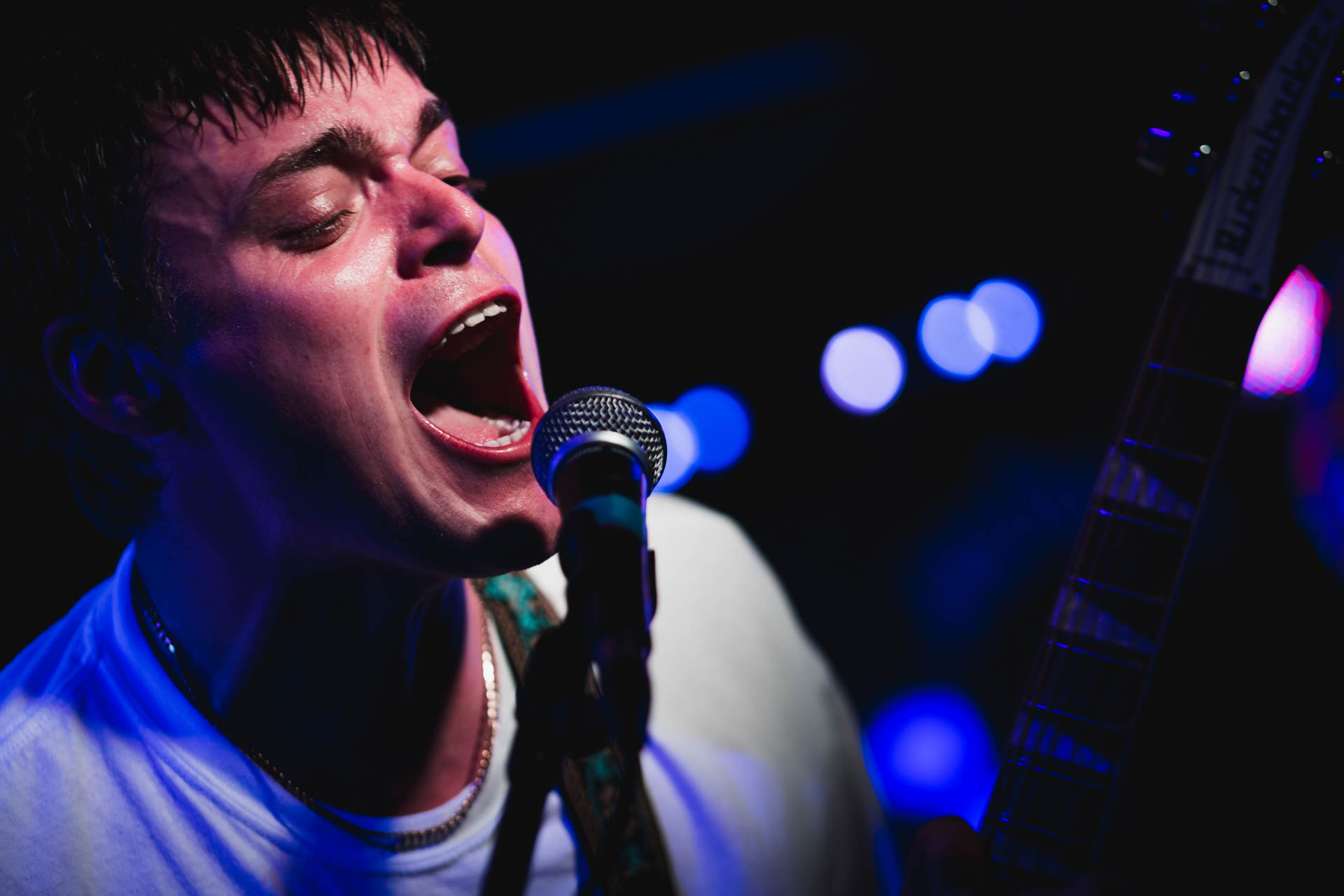 Eades at the Horn

Evening at the Horn with three bands I didn’t know. Leeds-based Eades headlined.

Maybe because they were all wearing baseball caps and looked like an American college rock band from the 90s, I didn’t think they sounded contemporary British Indie. No jangly guitars. Guitar sound had a bit of heft and they had three members taking vocal duties. A few call and response type songs and a few songs with multi-vocal harmony which sounded 80s AOR a times. Have to say, not sure why an audience who has paid to see them, should be thrilled to be told by them that they are still hungover from the evening before? In fairness they still put in a decent performance. But really?

Owes from Hemel Hempstead had that kind of ‘we’re four lads rocking’ look with liberal swearing thrown in to be edgy. I had decided I wasn’t going to like them, but you know what, the singer had a decent voice and stage presence and the music was familiar but also felt fresh. I will happily watch them again.

First band was Freddy Merkky. They had a ‘Windmill’ sound. Clearly influenced by the anarchic and jazz influenced bands like Squid and New Country Old Road. They had interesting moments. Singer had the ‘geek pretending to be cool’ look. Worked better when he was shouting. When singing, he had a lot of tuning issues and was flat at times. But again, decent potential.