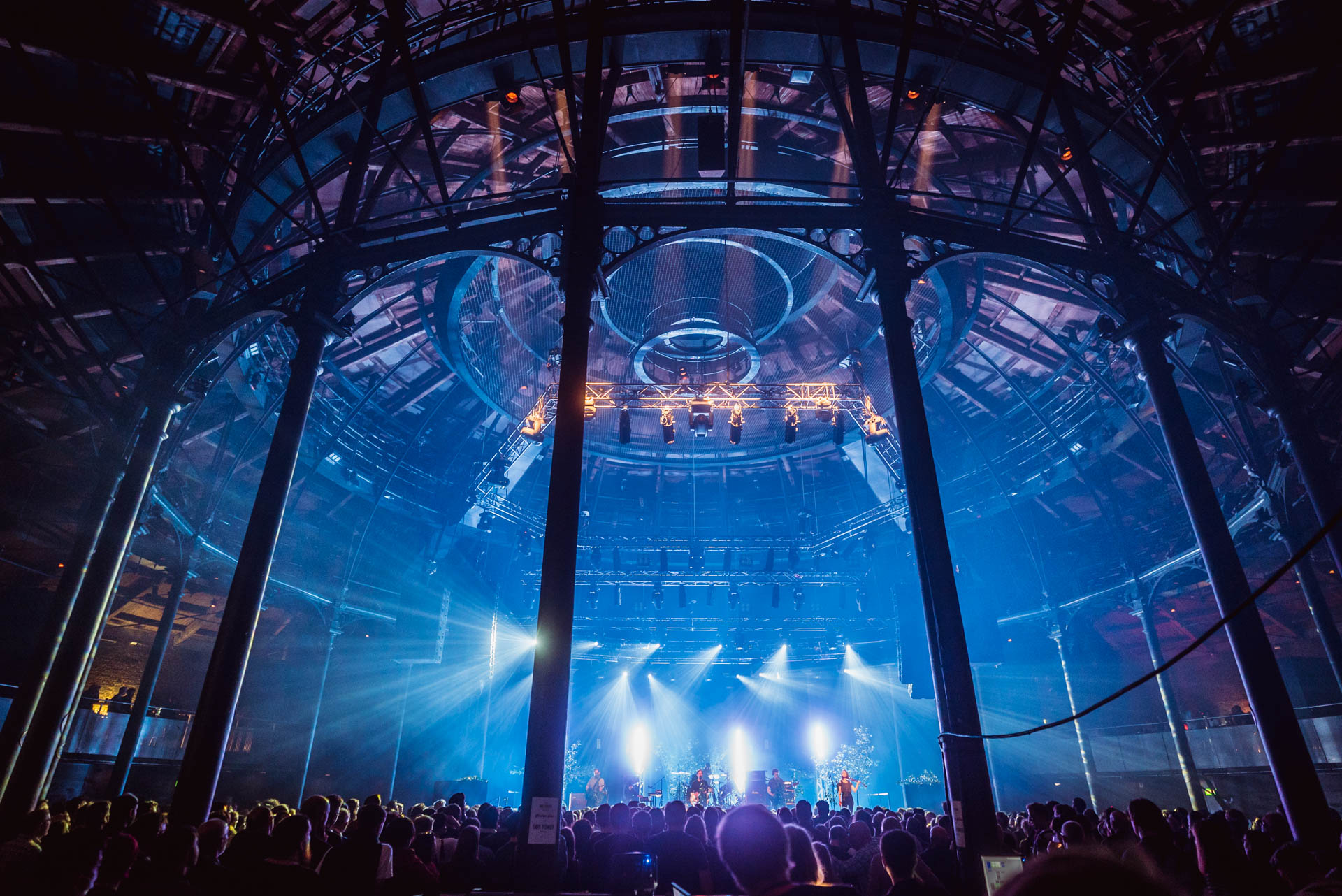 Sea Power At The Roundhouse

I can’t review Sea Power dispassionately. I love the band. I just go to a different place when I am at one of their gigs or listen to their music. The love of any band isn’t rational. So I can’t review them objectively. This is a fan’s review of the band playing the Roundhouse, a venue that seems to suit them more than any of the other bigger venues I have seen them play.

I have supported the band more than any other. Buying a draw full of t-shirts, a shelf full of mugs, attending their festivals and Krankenhaus’s and contributing to every crowdfunded they have started. I have even told my parents which of their songs I want at my funeral. They are my band.

I love small venues. I tend to avoid bands playing the big venues. Sea Power are one band I will willingly go to watch in a larger venue. But there are a few larger venues I like and the Roundhouse is one of them. It’s a great space with decent sound.

Opening tonight was Penelope Isles. I have seen them a few times. They are a pleasant melodious indie pop band. They don’t pull up trees, but they have a charm  that means they are always pleasant to watch.

After seven albums. Sea Power have a massive back catalogue. Playing for nearly two hours, they skirted across each of their albums with an emphasis on their latest album, ‘Everything Was Forever’. They are at the point where they leave everyone disappointedly happy. There’s always something on the set list you are happy to hear to again, but then they undoubtably have left out something you love. But no matter what the set list is. It is amazing how well all the songs sit together. From the expansive sounds of ‘Folly’ and ‘Fire Escape I the Sea’, the the straight out rockers like ‘Doppelganger’ and ‘Green Goddess’, to the joyous ‘We Only Want to Make You Happy’,  the new songs seemed at home amongst the classics.

Sea Power last played the Roundhouse in 2015 for the 10th anniversary of ‘Decline Of British Sea Power’. I remember that evening being a raucous evening with lots of on-stage high jinks, crowd surfing and the bears out in the crowd. Tonight was a different experience. Both the crowd and band are a little older but I also think there is a confidence with the band where they don’t feel the need to lark.

Tonight the band were supremely confident. It is clear they are proud of their new album and there was a shout out to producer Graham Sutton. The more I listen to the album, the better it gets and I think that is in a large part down to Graham’s production and helping the band feel at ease with their song choices. While controversial to some fans, I get the feeling after changing their name they are more comfortable with their identity and are now playing on their terms. Even the bears have been dropped. It is all about the songs and them as a band playing together and it was great to see Abby add the extra dynamics to the new songs missing from the last few shows. It really felt like tonight they owned the Roundhouse. A great night.