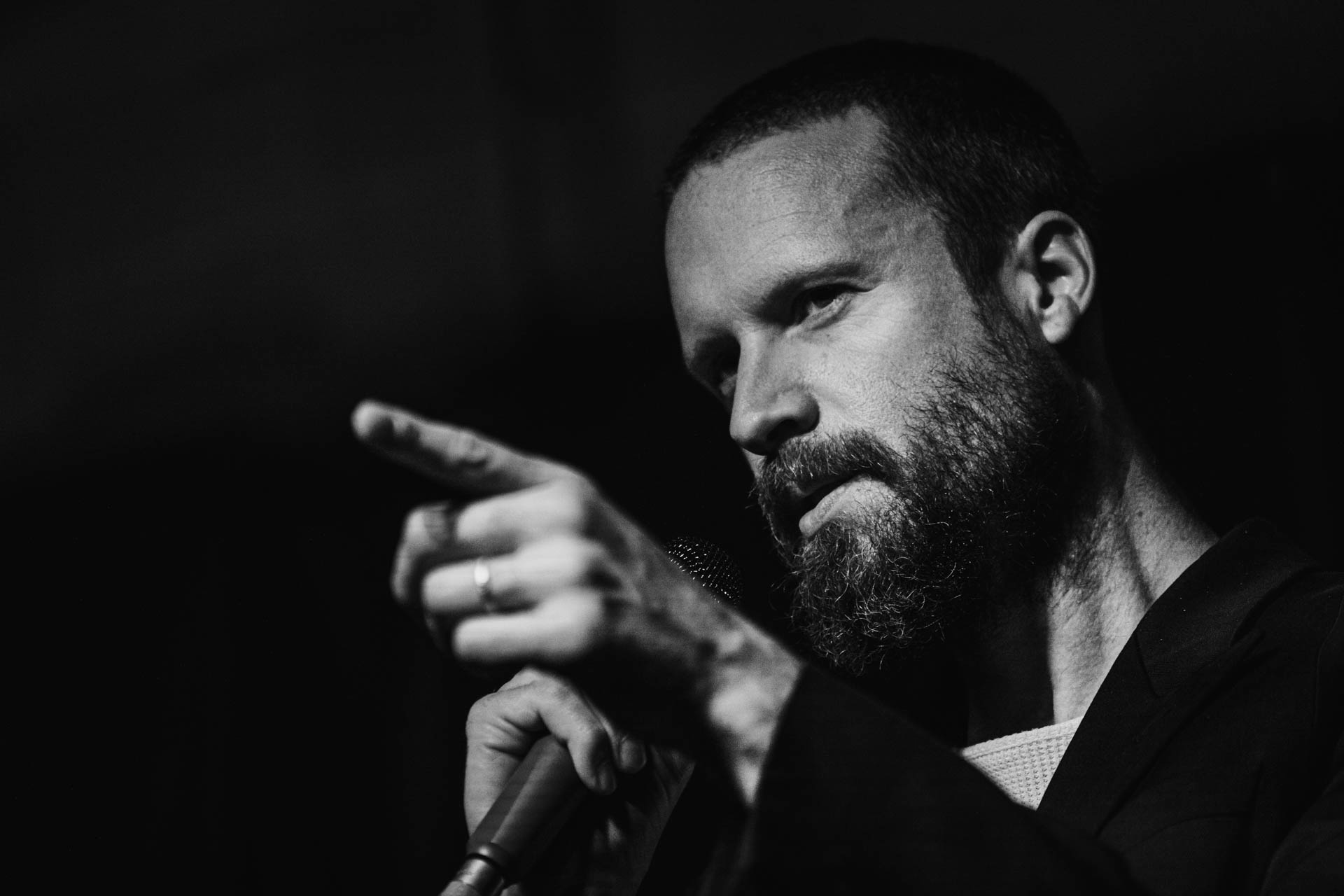 Saturday afternoon was a busy afternoon. I had photographed Daylight Music at St John at Bethnal Green at lunchtime and quickly hot footed it over to Rough Trade for an opportunity to catch Father John Misty in a small venue. This is the great thing about Rough Trade in-stores. They give us the opportunity to catch artists who normally play much bigger venues in a relatively small intimate space.

Even though I arrived by 2.30 for 3pm doors. There already was a big queue. So I knew I wouldn’t be at the very front. Making the best of it. I found a place near the front with a restricted view okay view but one that I thought would at least capture a limited range of photos.

Father John Misty is somebody that has passed me by. I have heard snippets of his music but nothing had captured my attention. An in-store is a good way of checking out an artist you have not previously engaged with, without having to risk spending decent money to see them at a large venue.

I have been to quite a few Rough Trade East in-stores since things opening up. Unlike today, I don’t think any of them have been completely sold out. I have also always been at the front where maybe it doesn’t get as hot. However, today’s gig was for me unbearably hot and stuffy and stuffy is not a good thing when at the time of writing it is estimated that 1 in 13 have Omicron. As RTE always have a security guard on the door for these events, I have no idea why Rough Trade can’t keep the doors open and let some air in. It was so hot, I saw somebody faint and I eventually move to the back of the store to get some fresher cooler air.

Maybe because of how uncomfortable I felt, I might not have had the right mindset for Father John Misty, as sadly I did not connect with him. Playing stripped back music from his new album ‘Chloë and the next 20th Century’, I found the songs to be bland. They were all pretty much driven by his vocals. But it wasn’t as if he had a particularly outstanding voice. His vocals are okay, but nothing to write home about. I couldn’t put my finger on what it was when I was watching, but afterwards somebody suggested his vocals are like a sub-par Barry Manilow and I can see their point. It all felt a bit ‘lounge lizard’ because I didn’t feel there was any warmness to his voice.

Maybe I should not have been surprised. Father John Misty was previously a member of Fleet Foxes. A band who I fell asleep to – while standing up.

I have to be honest. While I might not have enjoyed the gig. The majority of the audience were lapping this up. RTE is a more intimate affair than his usual venues and give him his dues, he reacted to the intimacy by chatting and joking with the audience. Sadly, for me, there was nothing to hold my attention and I left before he had finished his set to meet a friend.