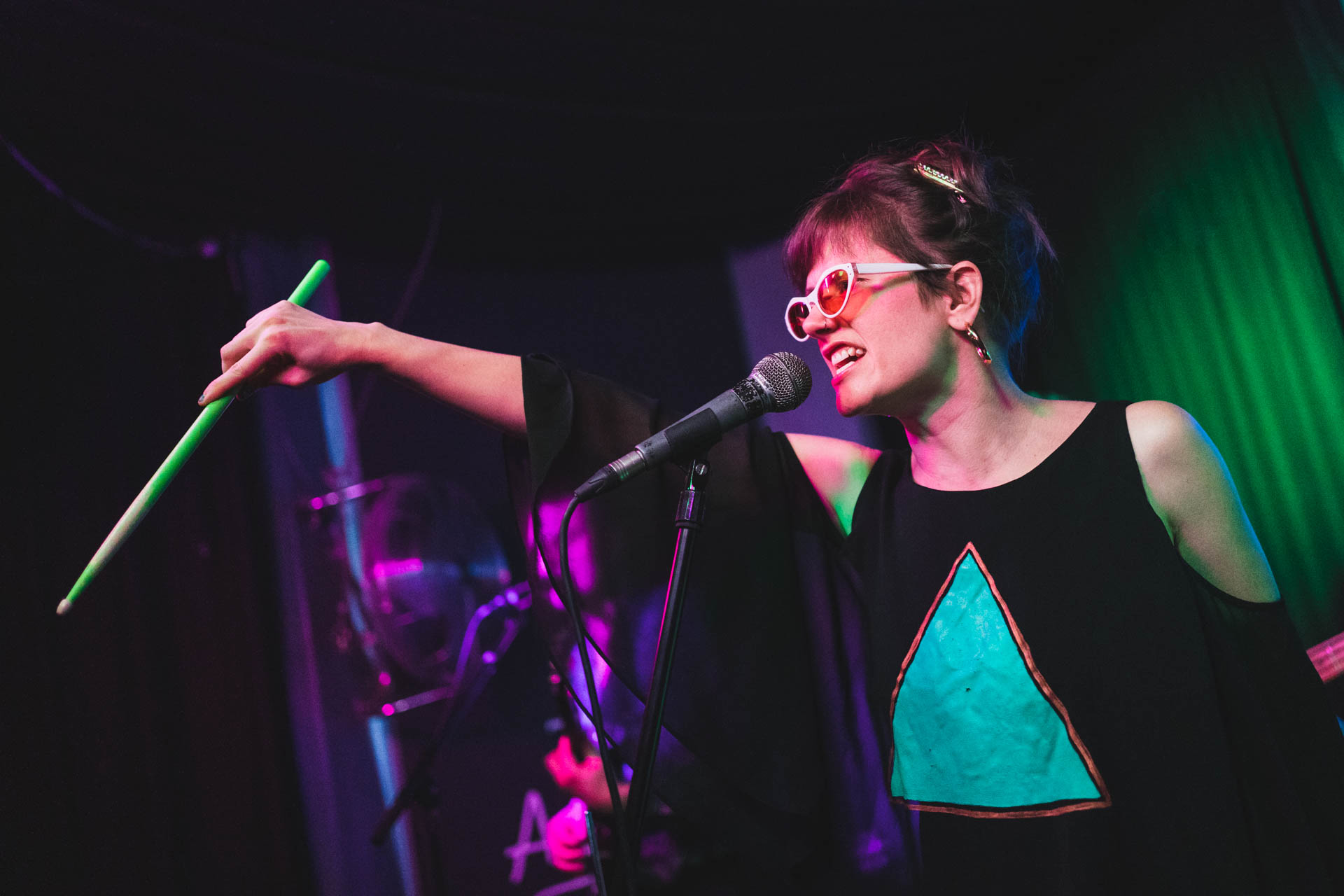 Bodega at the Prince Albert

My first trip to Brighton in two and a half years. It was good to briefly reacquaint myself with what is the ‘local seaside’ for many in Hertfordshire because it is at the end of our train lines. It was a flying day visit to catch a matinee show for Bodega who were playing Brighton four times in two days to start their European tour and to support the release of their new album ‘Broken Equipment’.

Since their last tour, the lineup has changed. Heather and Maddison left to focus on the Wants and Heather has since moved on to her own project, Flossing. Both were important parts of the Bodega sound. Maddison especially was a very distinctive presence on stage gawkily contorting on stage as he played. I was interested to see how how they would shape up without them.

The fact a band had dragged me down to Brighton on a Saturday afternoon probably tells you Bodega are one of my favourite bands. Their live shows have always been fun and exhausting. They have so much energy that I’m tired simply watching them.

After a brief walk around Brighton I headed for the Prince Albert. I have only ever been to the Prince Albert around The Great Escape when it is always packed. It was nice to see it when it was quiet. It is a nice little pub. Grabbing a pint, I sat writing a review from earlier in the week when it became clear the support act had pulled out due to COVID, a sadly common occurrence at the moment.

Just after 4.30, Bodega started. If anyone was expecting a lull in energy due to the new lineup or due to this being their third show, they will have been happy. While new additions Adam and Dan weren’t as energetic as Maddison. Ben, Nikki and Tai more than made up. Tai especially seems to be powered by Duracell. Unbelievably standing drumming for over an hour. By the end of the gig her face matched her bight pink hair. How she managed to do four gigs with this energy, I don’t understand. I was knackered just watching her.

Playing songs from their new album, back catalogue and even taking requests, the hour’s set flew by. The new members clearly have bedded as the whole band were extremely tight with the chemistry on show. The new songs still have that New York art-punk-pop sound that they do so well. Without Madison, maybe the guitars were a little less Velvet Underground. But the Bodega sound was on show. An absolutely brilliant gig. My only disappointment. I should have got a hotel room for the weekend to catch all four of their shows.