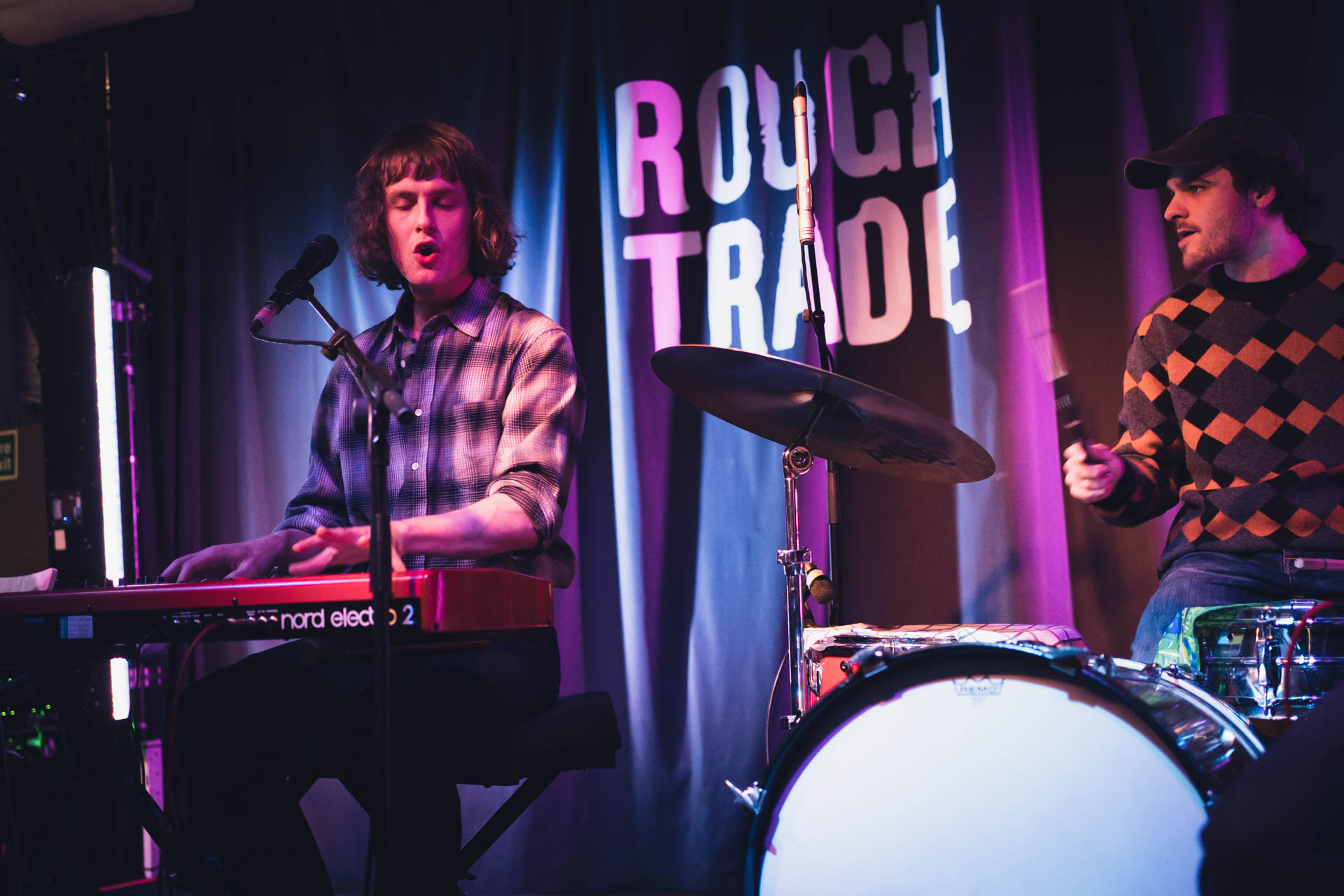 I stumbled upon Welsh indie 70s inspired rockers, Buzzard Buzzard Buzzard at a random gig at the Sebright Arms. I was struck by the lead singer’s excellent Jagger-esk performance. Musically, they sounded like they were stuck in a timewarp. But that’s not a bad thing. Good music doesn’t stop being good music just because fashions change. So when I saw there was an album launch show at Rough Trade, I thought it would be worth catching up with them.

Sadly, tonight’s performance was a stripped back performance. So the singer wasn’t prancing around the stage, instead he sat behind a keyboard. Surprisingly, this didn’t detract from the performance. Tom, the singer is very affable, chatty and engaging, explaining the stories behind each song and was not averse to a bit of self-deprecating humour. So it was a good performance, but in a way I wasn’t expecting.

Musically, the songs were stripped back acoustic versions. Still very 70s influenced but with wry lyrics. At times ELO, other times Elton John ‘Yellow Brick Road’ era, with occasion touches of Queen. All familiar but at the same time a refreshing change from the darkness of the post-punk bands on the scene. I really enjoyed the session.