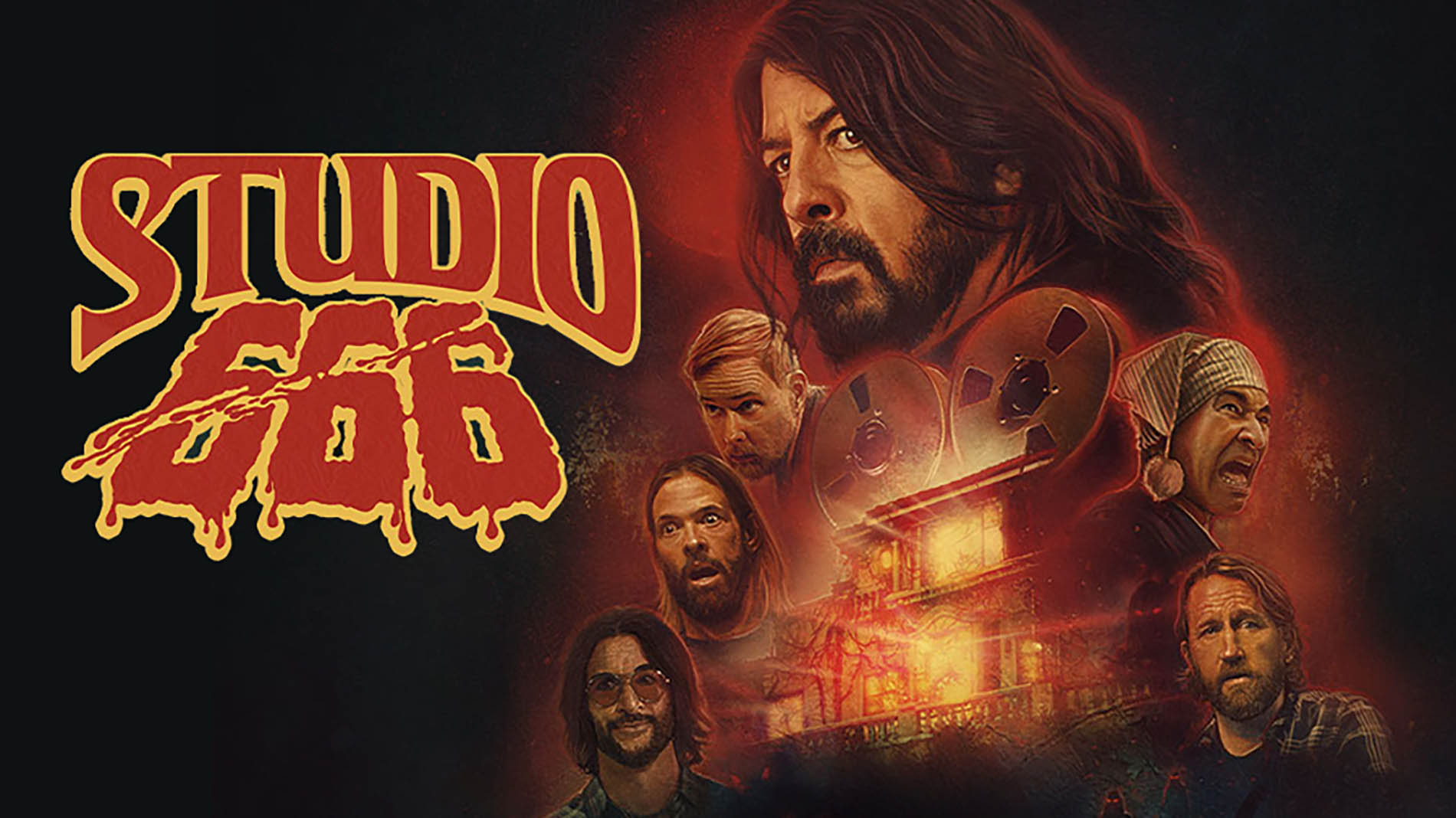 Dave Grohl is a nice guy? Everyone seems to agree. Well not in Studio 666, the Foo Fighters new movie.

The idea of the devil and music goes back decades. Artists staring in their own movies is now well established. It seems at some point big bands reach a point when they want to act or star in their own movie. So the idea of a horror movie featuring the Foo Fighters kind of make sense.

The premise is that the Foo Fighters are looking for a location to write their 10th album. Their manager suggests a house with a connection to music. Unknown to the band, the house has a dark past. The last band to record there had ‘musical differences’, leading to their singer murdering the band. Not long after they move in, the house starts to posses Dave.

I can’t say I’m a fan of horror films. The trailer suggests this is a horror film that leans heavily on comedy. I was thinking ‘Shaun of the Dead’ with drums. But within the first five minutes the film had nailed its horror credentials to an upside down cross. If you are squeamish, be warned, there are grisly scenes that aren’t played for laughs. I’m sure horror aficionados will not be shocked the scenes. But if you are like me and you don’t watch certain types of horror because they’re needlessly grisly. Some of the scenes might make you squirm. Saying that, the film is not psychologically scary, which are the horror films that tend to haunt with me.

Written by Dave Grohl, the film is at its strongest when it plays for laughs. Dave Grohl is such an affable guy, it’s easy to laugh along to him. Given that none of the band are strong actors and seem to be happiest with the scenes where it is more like them larking around. It might have been advisable for them to lean more heavily on the comedy and some of the funniest moments are the little quips between band members. The film also picks up a bit when the band members start to become the ‘Mystery Gang’ and investigate Dave as the interchange between band members works well.

If you are a Foo Fighters fan, this is a must see. If you are a horror fan it will be worth watching for curiosity reasons. But it is not likely to scare you. If you don’t like horror. I’d probably give it a miss. For everyone else. For the rest of us. It is not a bad film. There are worse films in the cinemas at the moment.