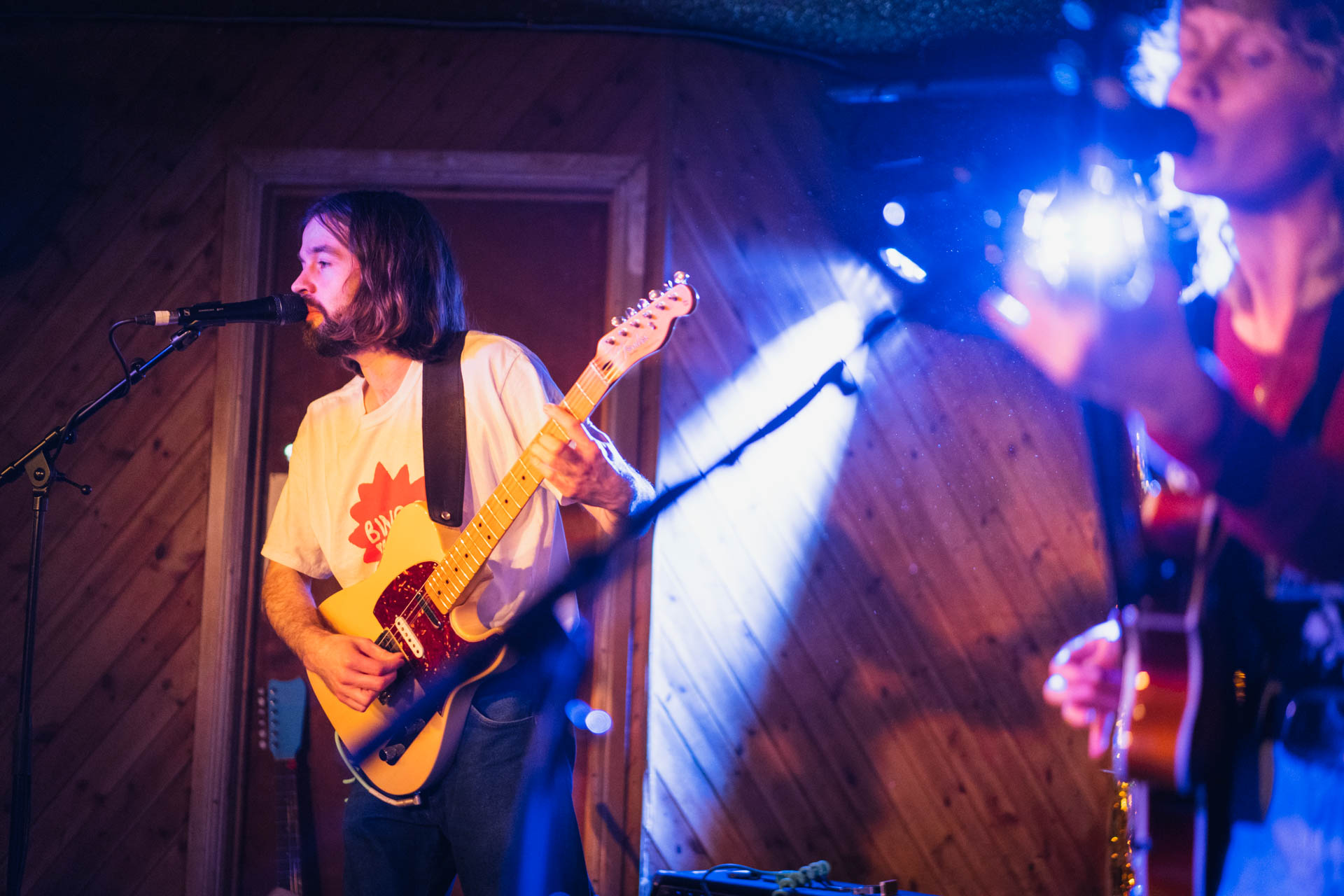 It’s ages since I’ve been to a Bad Vibes All-Dayer. Saturday gigs don’t work for me. Since Govia took over my train line and Saturday cancellations increased. I just can’t be bothered waiting around on a Saturday evening dodging cancellations to catch a late jam-packed train. But with less people heading into London at the weekends and an advertised early headline set, I thought I’d give it a try to catch the Bug Club playing the Moth Club.

First up were Quade. After a slew of more experimental rock bands like Black Midi and New Country Old Road, Quade are a four piece willing to playing indie with wider influences. The four piece featured a fiddle player who added an extra dimension.

Polyscraps were another band mixing styles. Featuring seven members including a trombone and singer escaped from an 80s pub rock band with gruff voice, they weren’t afraid to hit us with a bit of funk.

I hate when bands turn up late. They mess up the day’s schedule. Messing up a Saturday lineup often means I miss part of the headliner’s set, who are often the reason for me attending. In Tongues turned up late pushing back the schedule so that I knew I was going to miss some of the headline set. It’s a good job therefore, that they turned in a good set. My favourite of the day.

The Early Mornings set was error strewn. With the drummer often playing at the wrong speed. In fairness, he looked like he wanted to play faster music in a punk band. But mistakes usually only detract when you don’t like the music. But I was enjoying the set and their music. But to be brutally honest, in the cold light of day, I can’t actually remember much about the music! (and I wasn’t even drinking)

Closing the evening were the Bug Club. In 2021 they released the enjoyable garage rock album, Pure Particles. Listening to the album they sounded like the Lovely Eggs crossed with the Velvet Underground. In reality, they lacked the energy and humour of the Lovely Eggs. But the Velvet inspiration was right at the fore, maybe too much. ‘My Baby Love’s Rock’n’Roll Music’ feels like a ripoff of the VU. As much as I love the VU and New York bands who still wear the VU influence on their sleeves, for some reason Bug Club didn’t work as well as I hoped. I think my expectations of a Lovely Eggs vibe meant I didn’t enjoy the gig as much as I thought I would. Given how much I enjoyed their album, at some point I will have to catch them again and give them another go.

All in all. Not a bad day’s music for the price of a pint.

Gallery from the day