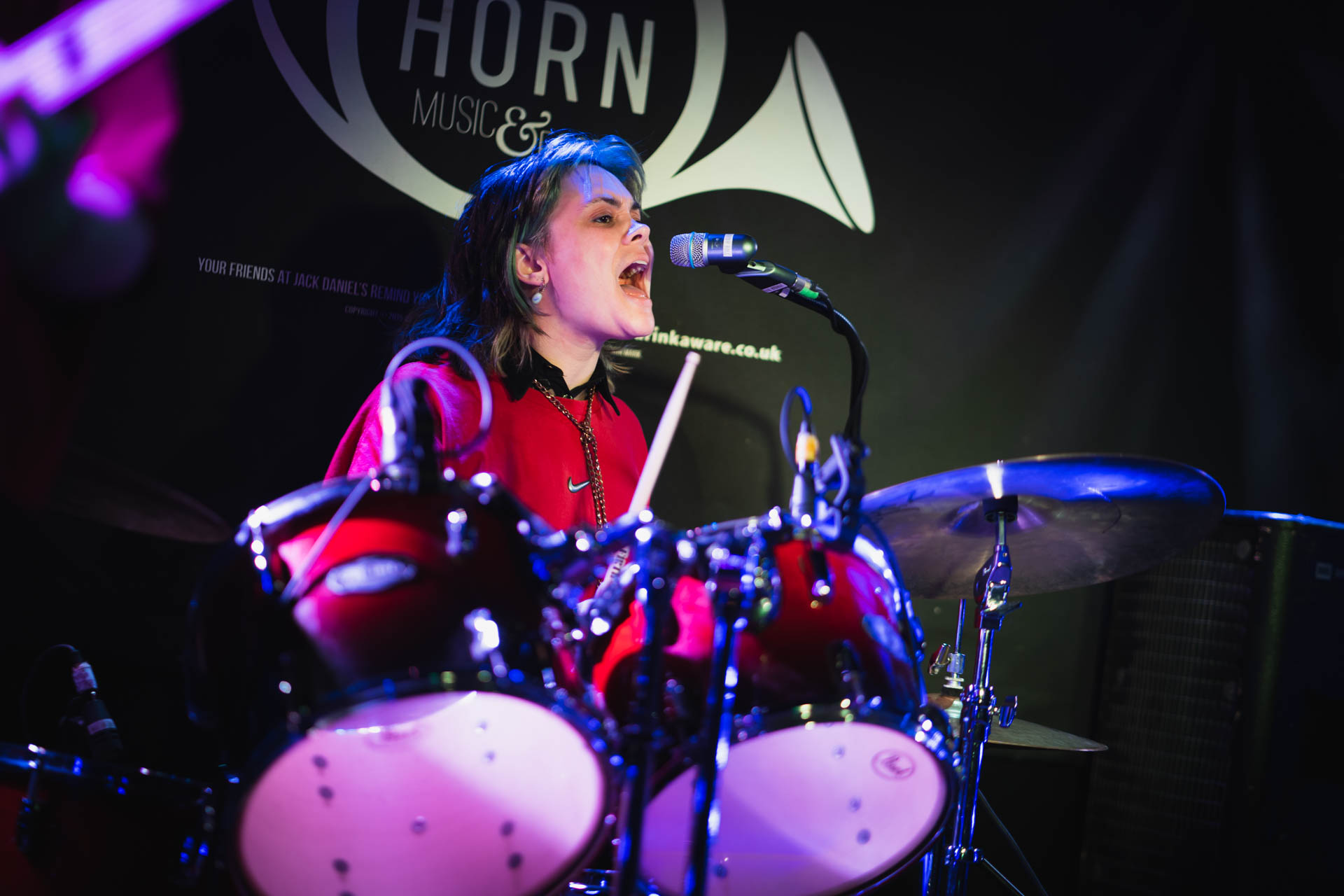 Grandmas House at the Horn

Tonight’s gig was part of the MVT & National Lottery Revive Live tour. Like Independent Venue Week, the idea is to get people to go to their local venues. IVW often has bigger bands returning to smaller venues. Revive seems to have gone down the route of the ‘buy one get one free’ approach’ with the aim to fill the room and get people buying beer at the bar. It does mean the focus is more on up and coming artists, which sadly in the current climate possibly isn’t going to generate the ticket sales they expected. But it provides audiences with a great opportunity to connect with bands who may not yet be ready for their own tours, but who may well be big names in the future.

Tonight’s gig was originally billed with Grandmas House as headline. But Panic Shack were added to the tour as co-headliner and they took the honours tonight.

Opening the evening were Tragic, a grungy three-piece band from Northampton. Initially, I wasn’t impressed. The first song was a bit heavy, without anything to differentiate from the hundreds of loud bands I’ve seen over the years. But as the song and session progressed, early 90s grunge influences came to the fore and they wouldn’t have been out of place on Sub Pop. The bass especially was heavily influenced by Nirvana. While maybe staying at the punk end of grunge, I really enjoyed their set.

Grandmas House are another classic three-piece lineup. I spent half of Grandmas House’s set trying to remember who they reminded me of. Then it twigged it was the Coathangers. Like the Coathangers, they all can take vocal lead and they have a punk sound not exactly heavy on lyrics, but heavy on the attitude. The repetitive nature of some of the songs allows them to hit home the attitude. With lead vocalist, Yasmin shouting out to be answered by their awesome singing drummer, Poppy. Meanwhile Zoë adds a the occasional layer of melody with her more tuneful voice. It all worked rather well. The risk with this type of band is that it become too ‘shouty’. But it managed to stay away and remain tuneful but with attitude. Very enjoyable set.

Closing tonight were Panic Shack. In all honesty, I thought they were the weakest of the three acts. They weren’t bad. I enjoyed their set. But I felt there was a piece missing. They veered between punk and pop punk. They were serious and yet frivolous. But I didn’t find their ‘attitude’ convincing. Songs I felt should maybe sung with more venom, seemed to be sung in a mildly annoyed way. I was more convinced when they were larking around. I kept thinking they need to decide if are they a punk band, shaking us with venomous attitude, think Petrol Girls. Or take it down a notch and go more pop indie, say like Life. Hit the audience with a bit of humour and deliver the songs with wry observations. I can’t say which would work best. Either do the silly dance moves or hit us with spit as you hurl your words at us like a spear. (Ok personally, I think the wry and silly might be the way to go)