Be careful what you wish for

I’ve been trying to get hold of tickets for Frankie and the Heartstrings and Veronica Falls for over a year. Thanks to Converse, both were playing the same evening at the 100 Club and what’s more, the tickets were free. 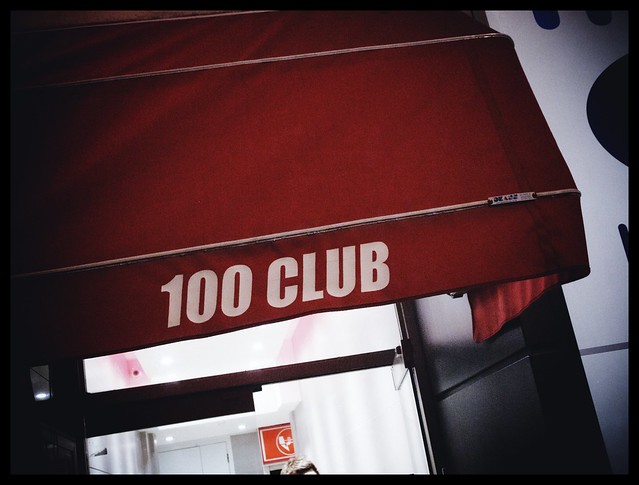 I think I saw Veronica Falls at SXSW. SXSW provide an amazingly useful mini guide of all the bands and venues. To keep track of the bands I saw and liked, like a trainspotter, I would mark the guide so that I could catch up with them after the festival. Veronica Falls were marked as one to follow-up on. But the odd thing is that I can’t actually remember seeing them. I think I might have caught the end of their set before watching somebody else, or it might have been the effects of alcohol (I suspect a combination of the two). But I bought their album when I got back and really like it. Since then I’ve been trying to catch them, but they always seem to clash with another gig.

Frankie, on the other hand, I’ve not seen before but liked their simple back to basics album that’s in the mould of a popier Futureheads. But they don’t seem to have been touring as a support band for much of last year.

So tonight’s free gig should have been a no brainer and the evening started quite strongly with the Cheatahs, a band that seemed heavily influenced by grunge, especially Dinosaur Jr. So nothing particularly bad, but nothing new.

Then it was time from Frankie. Unfortunately, all I can say is that I was extremely disappointed. Sometimes the problem with live performances is that the deficiencies in vocalists can become all too clear. Tonight was one of those cases. Probably the mixing was out, but the lead singer just shouted his way through the entire set. There was no tone or colour that they managed to infuse the album with. It was simply shouting. Maybe I was standing in the wrong place. But I was really disappointed. I’m listening to the album as I write this and still like it. But I don’t think I’ll try and catch them again. 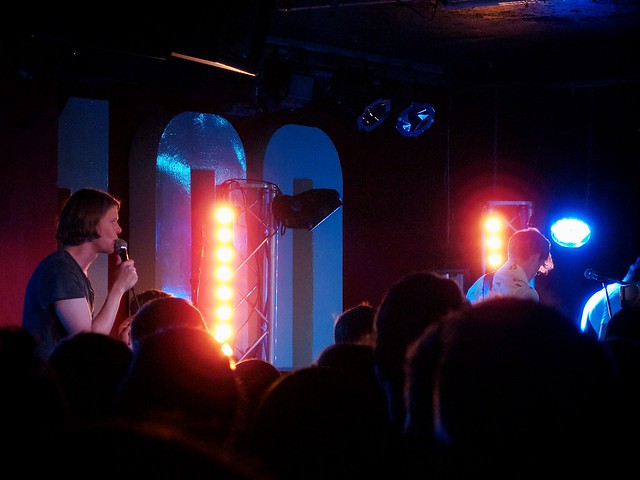 So on to the main event, Veronica Falls. Again, not all’s rosy. Unfortunately, the vocals were far too low in the mix. But thankfully, unlike Frankie, this didn’t distract too much. What was interesting, without strong vocals there appeared to be a much bigger Pixies influence in their music than I’d heard on album. Their sound definitely has that stripped back garage indie pop sound of the 80s. Not a bad thing in my book. So I enjoyed the performance and will definitely try and catch them again. 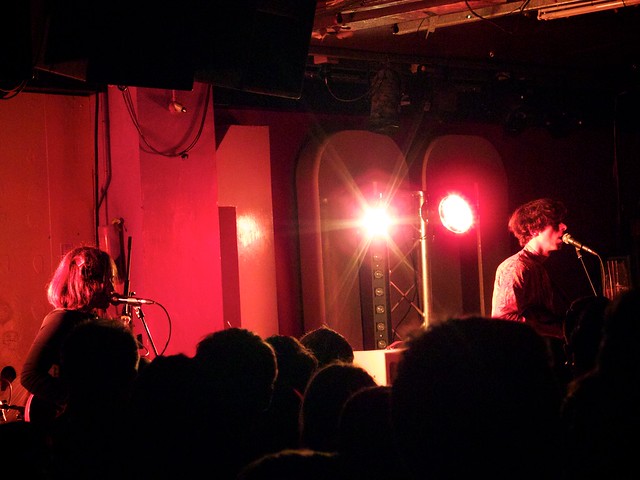