Nearly five years ago I managed to grab a ticket to the hottest gig in town. Led Zeppelin’s reunion gig at the O2 to commemorate Ahmet Ertegun, the guy who signed Zep to Atlantic. I’m a massive Zep fan but was too young to catch them in the 70s. So this was a big event for me. With the hype and expectations involved, it went beyond performance. It still stands as the best gig I’ve ever been to. 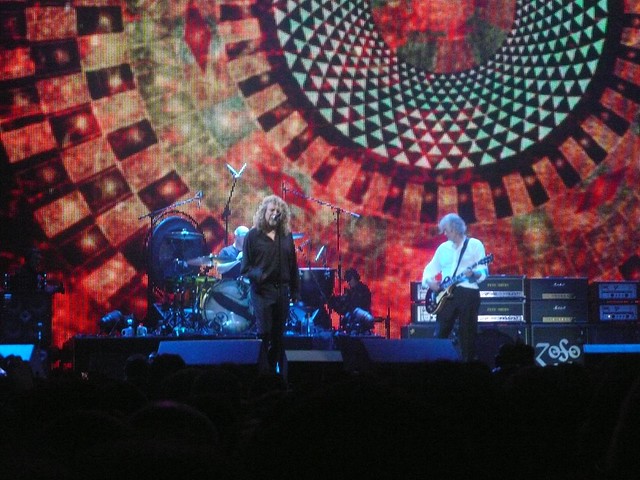 But the performance on the night was good. It wasn’t simply hype. Better in fact than I expected. Jason Bonham taking over from his late father on sticks did an amazing job. Right from the beginning his drums thundered at the back, driving the songs forward. It was clear the night meant something to each of them and they didn’t want to mess it up.

The question after the gig was would they reform. The performance was good. Why wouldn’t they? The answer lies with time. Time makes us different people and in Robert Plant’s case, he’s long since moved on from being ‘rock god’ and forged his own post-Zep career. Maybe it’s arrogance as some fans think, personally I think he’s long since realised that they couldn’t re-tread old ground but the fans would demand the ‘fans’ idea of Zep. So Zep fans have been left with the O2 gig and the knowledge that it was a good gig. When would it be released? It has to be released? Why wouldn’t they release it? After nearly five years, I think many had given up on it. 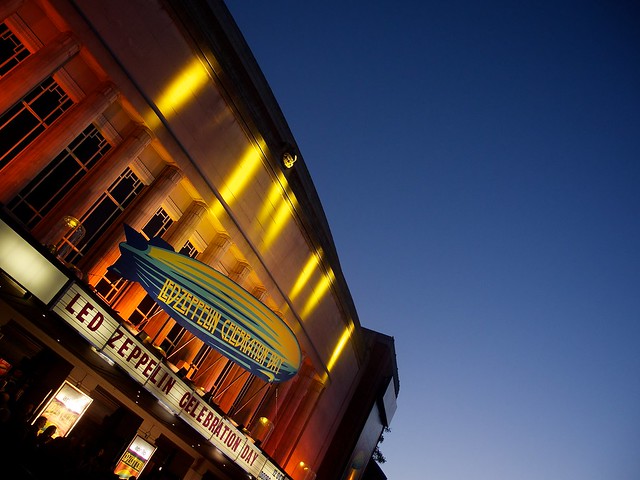 So to tonight. Here I am sat in Hammersmith Apollo about to relive the biggest music night of my life. Would it live up to my memory? Was my memory of the evening right? If other people experience the evening would it take something away from my experience? (Selfish, I know). So here I am, sat at the UK Premier of ‘Celebration Day’, the film of the O2 gig. A packed house full of anticipation for seeing what’s likely the last even Zep gig. The only other time I seen this much anticipation in a cinema was sat in the audience waiting for the Phantom Menace – and we all know what disappointment that led to. Would it be good, please let it be good? 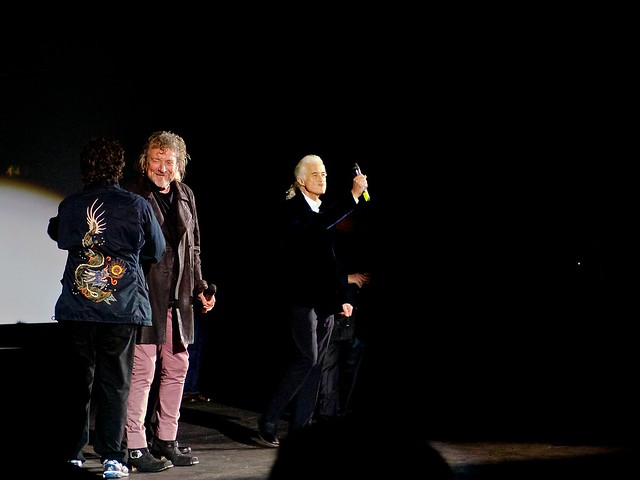 After a brief introduction from Jimmy and Robert, the lights went down and then…. ‘dum’, ‘dum’…. ‘dum’, ‘dum’.. thundered into the auditorium and the realisation started that I was actually watching the O2 gig. Not crapy Youtube clips (including my own) but a high quality film. For the next two hours I relived the evening and many of the emotions of the evening. I’m not saying that watching a film could be an equivalent for being at an actual gig. But presenting it in a real venue with the sound turned up, sitting along with 2000 other fans, definitely added to the evening.

From the opening song ‘Good Times Bad Times’, through to the ‘Rock and Roll’ everything was as good as I remembered. The guys did nail it on the night and Jason, Jason would have made his dad so proud. Jason was simply fantastic. I remember at the time everyone coming out of the O2 with smiles on the faces. But there were conversations all around about how good Jason had been. Before the gig there had been concern that he wasn’t the right choice. That he couldn’t fill his father’s place. But we knew on the night that he was the only choice, the right choice and the lad delivered. This film proves it. It’s clear from the admiring looks, smiles and nods and laughter, that Robert, Jimmy and JPJ knew that Jason had nailed it. I can only imaging what the evening meant to Jason. Can you imagine stepping into your famous fathers shoes on the biggest stage ever and getting it right? If I’m honest, I don’t think I can comprehend what that must mean to Jason.

There are many highlights from the gig. For me Kashmir stands out as the best song of the evening. It’s my favourite Zep song. I think it’s one of the best versions they’ve ever done. Equal to anything I’ve heard on bootlegs and re-issues. Maybe it’s the most ‘Zep’ song. Maybe it’s still the song that they can all sit happiest with. But it was perfect on the night and perfect on film.

But there are too many highlights from the evening. Even songs I wasn’t overly keen on, came across better live. The song many thought Robert might ‘karaoke’ his way through, Stairway, was excellent. No Quarter, another highlight. I suspect when I get the DVD. My favourites will change again. It really was such a good performance that every Zep fan will love this film. But what the film captures most, was how proud the guys were of Jason. We can only guess what the evening really meant to them. So let’s leave it as that. Let’s stop hassling the guys to reform. Let them go out on a high knowing that they did Ahmet Ertegun and John Bonham proud.