I saw Japandroids play ‘Upstairs at the Garage’ back in May, just before their new album was released. It was a small venue but the crowd wasn’t overly enthusiastic. Tonight’s gig had a bigger and more more boisterous crowd.

Tonight’s gig was at Heaven. I’m not a fan of Heaven. Gigs have an early curfew so that Heaven’s club nights can take place. The room itself is far too long for the width of the stage, so unless you’re at the front, you can’t really see anything. But even if you are at the front, the stage is very high, so you’re always looking up at the bands. (However the guys who work the pit are amongst the nicest around, always pleasant and chatty). It also means when it gets boisterous it’s hard to avoid it. (I’m getting old). Tonight was one of those occasions when I just had to go with it.

The night wasn’t off to a strong start. Paws, a band from Glasgow were the support. Nothing particularly bad about them, but equally nothing much of interest. But if as they did last night, try to play a song in ‘record time’, they probably don’t care much about the song writing craft and it’s extremely unlikely that I’ll hear from them again. 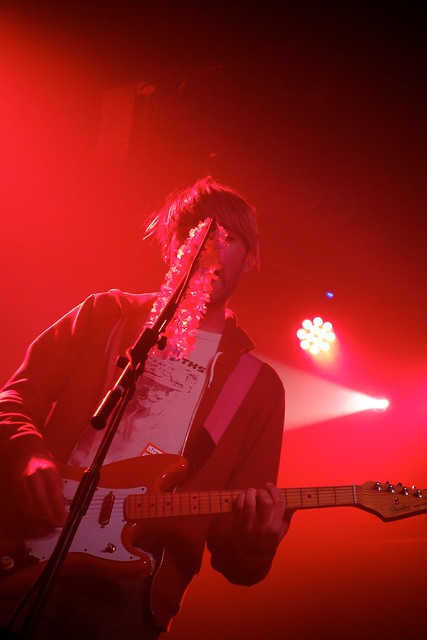 Vancouver’s Japandroids are a heavy fuzz laden garage-rock band. Their new album, Celebration Rock, is regarded by many as one of the best albums of the year. With only a drummer and a guitarist who doubles up on vocals. It would be easy for them to have a fairly uninteresting live show. But thankfully this is not the case. The drums are placed on one side of the stage facing across the stage, rather than facing the audience and the Brian the singer / guitarists exuberantly uses the rest of the stage. 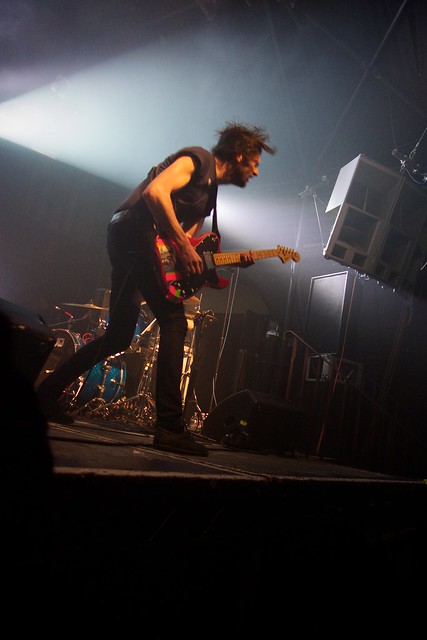 Although I thought the vocals were lost in wall of fuzz. Even when Brian was talking to the crowd, it was difficult to hear him for where I was standing at the front. Last night Japandroids were on form. With the added familiarity of their new material, the crowd also responded with what seemed like a constant stream of kids crowd surfacing. 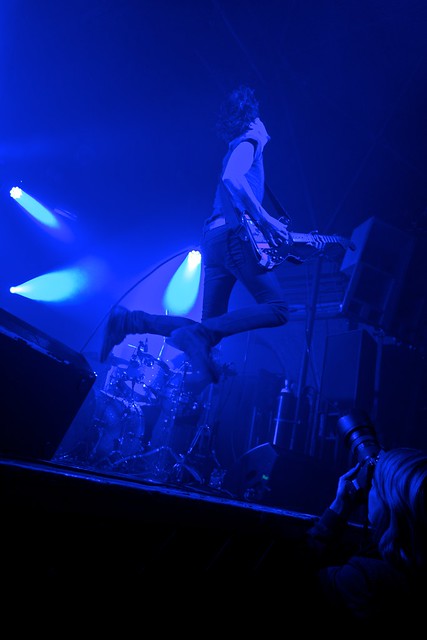 There were a lot of highlights. But the highlight for me was ‘The House That Heaven Built’. It’s Japandroids take on anthemic rock. With a driving beat and a chance for the audience to participate, I thought it worked much better live than it does on the album. 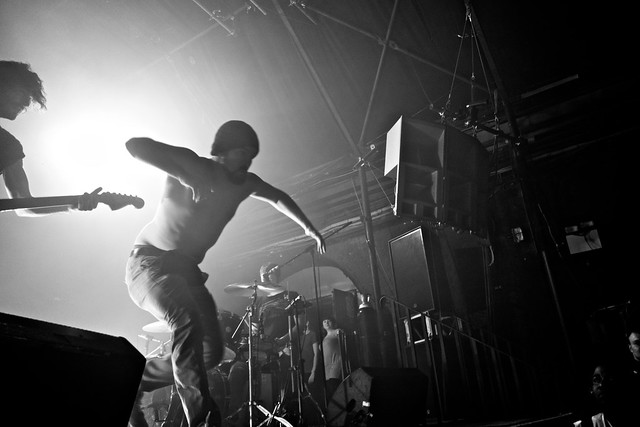