I saw Bo Ningen last week but I’d purchased this ticket for tonight’s gig at Hoxton Bar and Kitchen first. But because the gig at the Horn in St Albans is only a 10 minute drive from work, I thought I’d do both. Although good, I’d felt that with the small crowd and it being their first gig, it wasn’t as dynamic as some of their sets I’ve seen. Tonight’s set, saw them back to their best.

The evening started badly. Blue on Blue, who were last night’s support band, were also the support band tonight. I wasn’t impressed by them last night. They struck me as two music students who’ve spent too much time listening to Schoenberg who wanted to make electronic music using ‘prepared’ instruments but ultimately produced music that lacked personality. Hitting a guitar with screw driver, just didn’t work for me. Luckily tonight’s set seemed shorter. 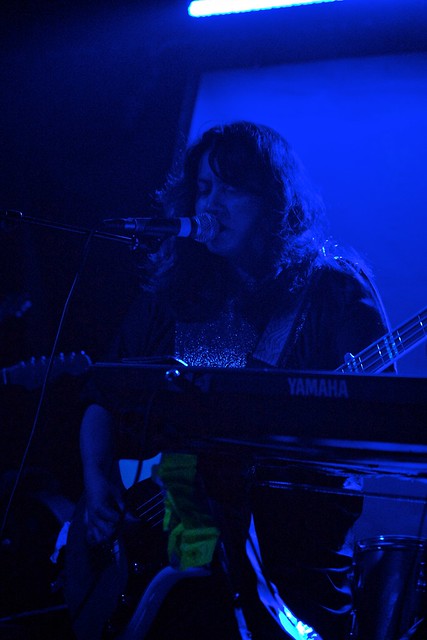 The second support band, Race Horses were great. I’ve already seen Race Horses twice this year as headline acts and again tonight, they put in an excellent short set to an appreciative audience. 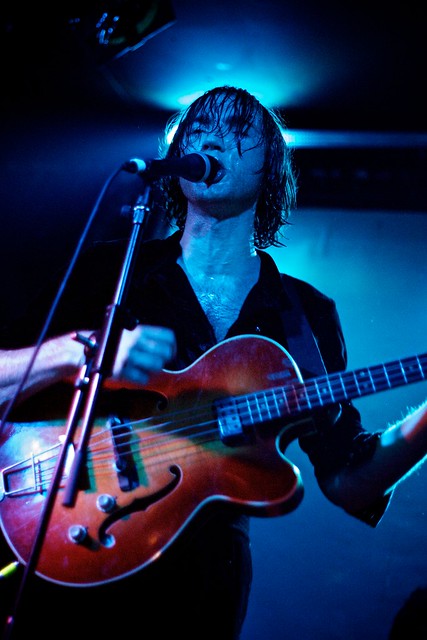 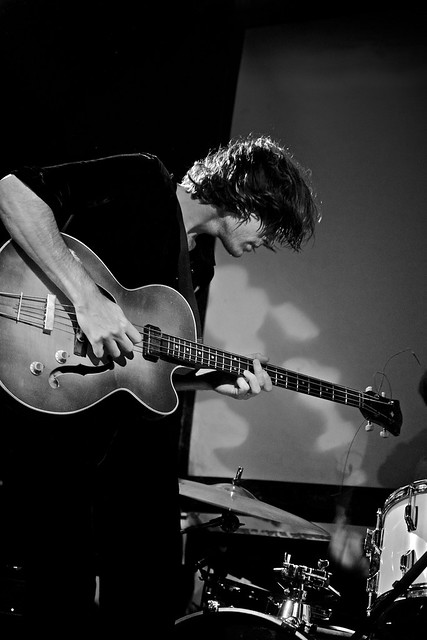 After a prolonged setup time and poor vocal levels during the first two songs, Bo Ningen eventually hit their stride. With a packed room and a more willing crowd and the advantage of having listened to their new album for the week. The songs seemed stronger and the band fully energised playing a more intense set than last week. 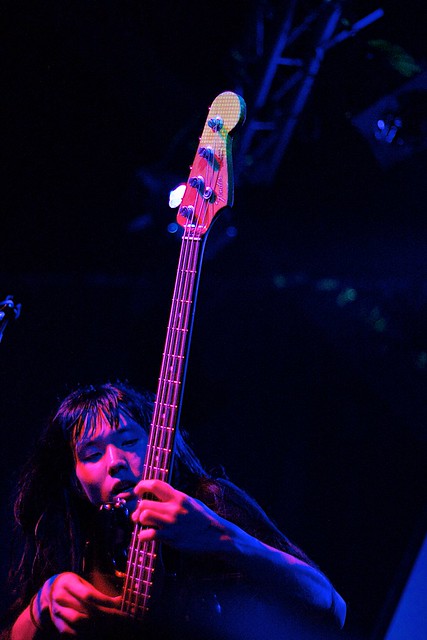 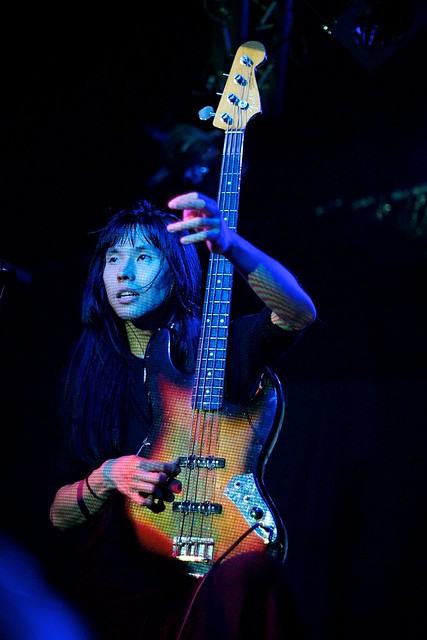