The Blanks are better known as ‘Ted’s Band’ from the US comedy ‘Scrubs’. If you’ve not seem Scrubs (and why not?) it a comedy set in a hospital and Ted is the hospital’s downtrodden lawyer who sings in an acapella band that crop up at times on the show. 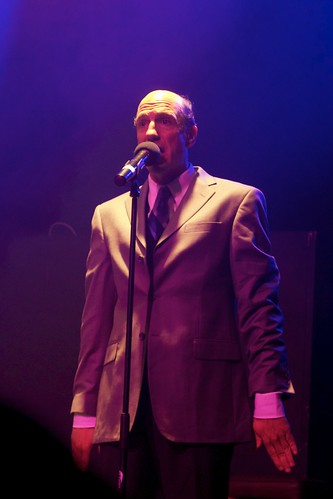 ‘The Blanks’ played the University last year and the reception was very good so I thought I’d give it a go. To be honest, I didn’t think they were that good. The comedy aspect was ‘student review’ level and lacked any real sophistication and although the singing was good, the choice and arrangement of some of the songs I didn’t feel was too strong. That’s not to say they were bad. I suppose inoffensive is probably the best description. I also didn’t find the prolonged ‘buy our album’ sketch to be appropriate. I believe they’re touring Students’ Unions and this is really where their UK market is. Our students seemed to enjoy the performance and there were long queues to meet the guys. 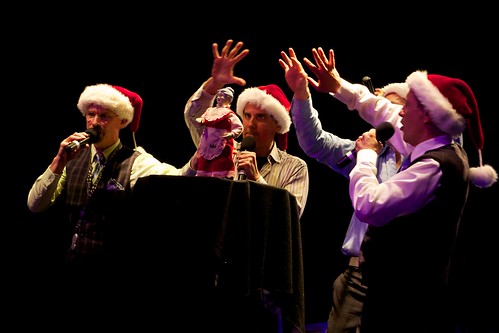