The Kills are one of my favourite bands. I love their rough lo-fi garage sound. I love Hince’s feedback ladened guitars. I love Mosshart’s rock goddess persona. So I always try and catch one of their performances when they’re touring.

Their last album, Blood Pressures was an extremely strong album an album I felt was a departure from earlier work. After two years of touring with the Dead Weather, Alison’s vocals are stronger. It also gave Hince nice time to experiment with new sounds.  It all added to a thicker sound than previous albums.

Since their last tour and album there’s also been a high profile marriage. Hince has married Kate Moss. This has put The Kills name into the mainstream. So I guess it was no surprise to see them play bigger venues on this latest tour, with tonight’s Brixton Academy gig the biggest I’ve been to.

The first support for tonight were Trailer Trash Tracys. I don’t really know what to say about these guys. The sound was awful. Not helped in part by the lead singer’s who appeared to be performing a sexual act on the mic. She really needs to be taught how to use a mic. They work better if you leave some space between your mouth and the mic. I think I made out about 5 discernible words in their whole set. I’ll give them the benefit of the doubt and put the performance down to poor sound. But I was’t impressed. 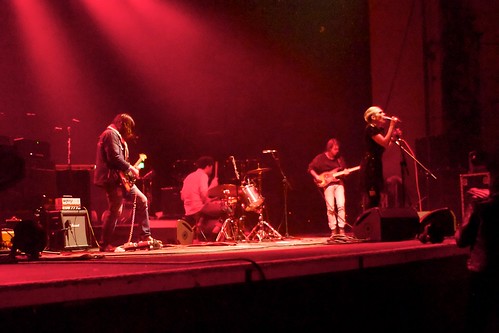 Sometimes support acts just seem completely inappropriate. I mentioned the marriage earlier. This year I’ve noticed a change in the crowd. There’s noticeable percentage of the audience that appear to have been attracted because of the high profile wedding. It’s definitely a prettier audience, but it’s not the normal indie crowd.

I mention this because the second support was Josh T Pearson who I saw last week at the Barbican. It was also the fourth time I’ve seen him this year. As usual his performance was strong. But he was completely inappropriate for this crowd. His 10 minutes long songs were never going to hold the attention of a cosmo reader and the crowd just talked through his set. 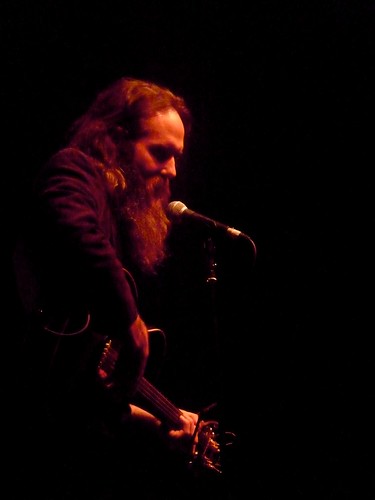 Surprisingly, tonights Kills set was more varied and longer than I expected. Gigs earlier in the year focused almost entirely on the material from the Blood Pressures album. But tonight the set was much better balanced with material from every album. (Although I’d like to hear a few more No Wow songs). Some songs I’ve not heard for years. The new material also benefited from the year on the road and felt fresh and new. They were also much tighter than they were at the first gig of the year at SXSW. The danger for a band that consist of a guitarist and a vocalist playing such a large stage as the Brixton Academy is that you could easily get lost on the stage. So sensibly they employed the services of drummers and a choir for some of the songs and the bigger stage just gave Alison more space to stalk around. So overall, an excellent gig. 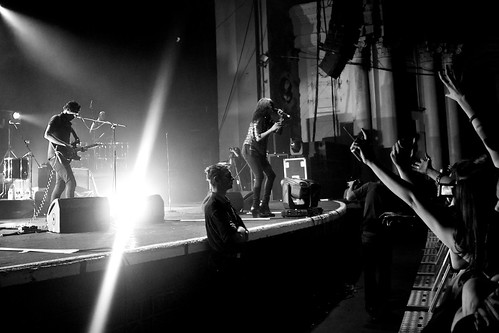