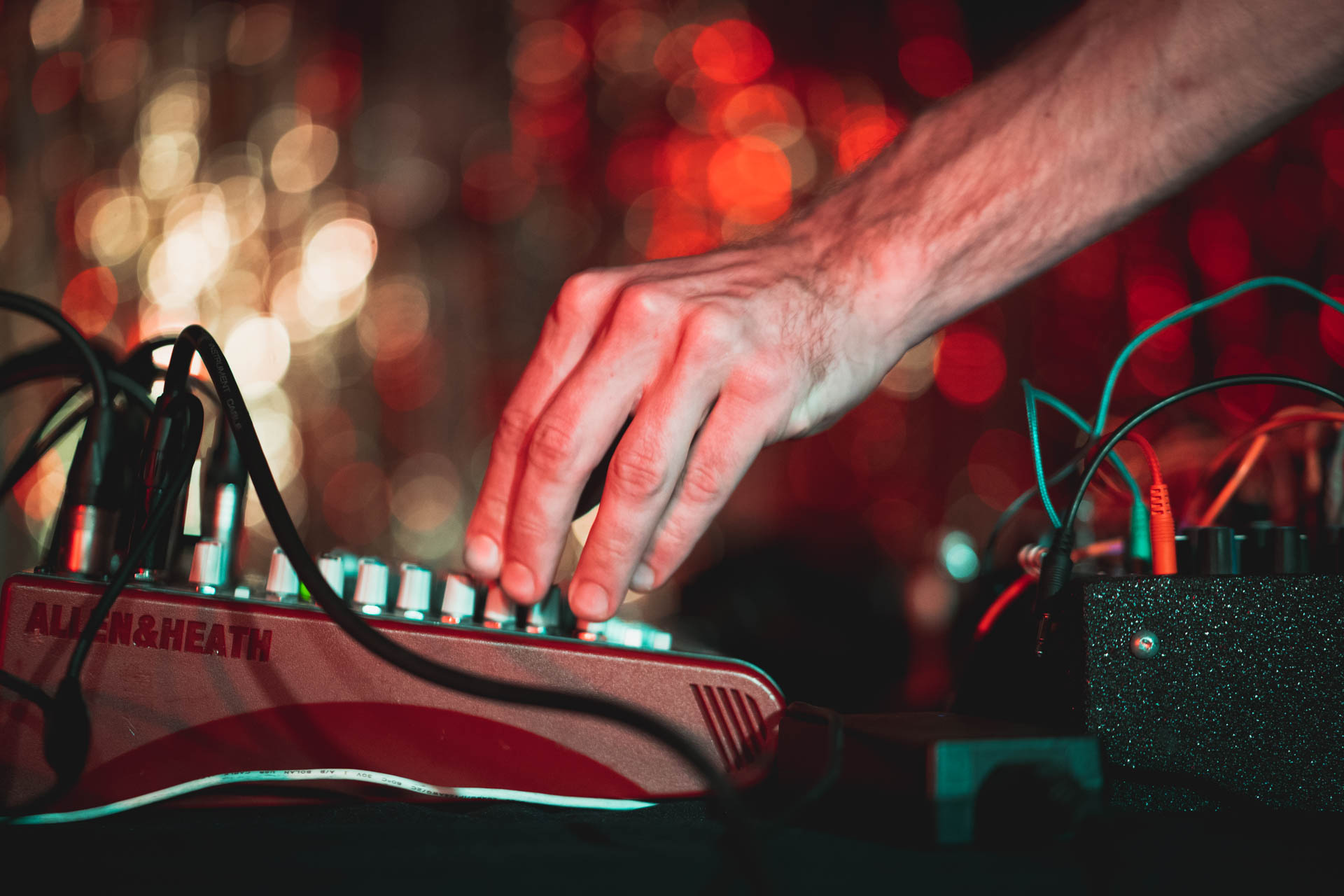 I always forget how much I hate Sunday gigs. If you have to travel in and out of London, you will know how often trains are affected at weekends by engineering work and driver shortages. But I had been meaning to catch up with Qlowski for some time and with Quade playing, who I thought were decent earlier in the year, I decided to purchase a ticket and chance engineering work.

I can’t say I was pleased to find Qlowski cancelled late in the day. But they can’t help being ill. I have to admit, I considered giving the gig a miss but as I was already in London, I decided to go anyway.

As I entered the room, there was a rather obvious table covered in a cloth in the centre of the room. I assumed it was a projector of something and didn’t give it a second though.

Opening the evening were Quade. I was even more impressed this time. I love their laid back math rock.

The reason for the cloth covered table became apparent when the lights went down and the only light in the room came from the table, now with two people twiddling knobs. I recently had a discussion with a friend about pit parties. I liked them, they didn’t. But this was the first ‘pit party’ where I wasn’t ‘at the front’. I simply couldn’t see anything and for me, live performances is sight and sound. I am afraid most of the set was like I was hearing my neighbours play their music loudly. Most of the set I felt disconnected from the music and I the performance didn’t work for me.

Towards the end of their set, two guys went on to the stage and accompanied cvcvc. These were Deliluh. Their singer then leaving the stage walking around the pit singing. They then continued into their own set.

Have to admit, I haven’t seen this before and liked this bit of the set. The extra instruments and new vocalist spiced up the set.

After the singer returned to the stage they just kept playing straight into their own set. I don’t think I have ever seen this before but it was a great way to transition between the two bands.

Deliluh’s own set mixed guitars, saxophones with electronics and samples to create layers of ambient and noise rock. It was all pretty good and I would happily catch another performance.