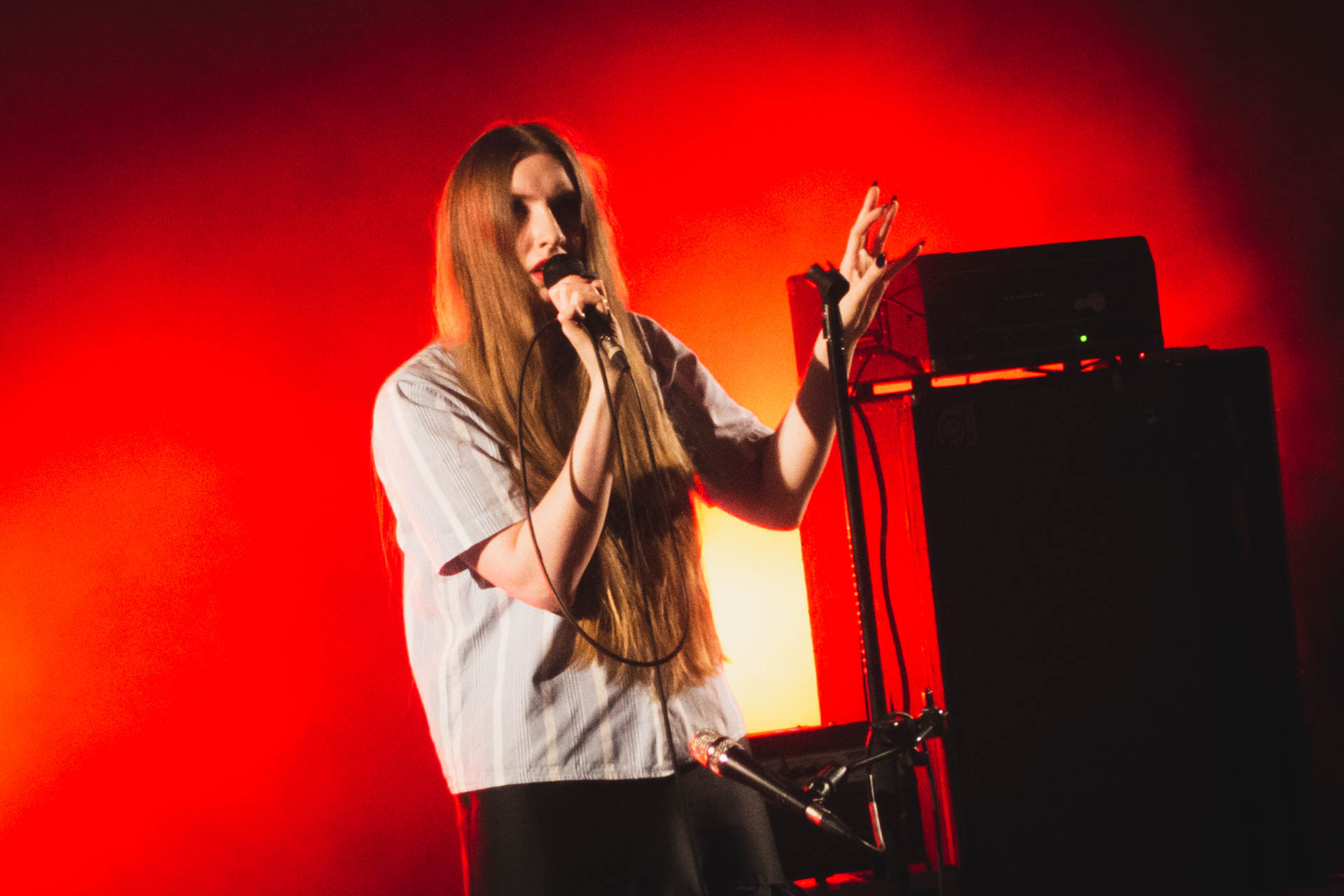 It is great seeing bands achieve some success. Tonight’s sold out gig at the Queen Elizabeth Hall as part of Grace Jones’ Meltdown Festival, demonstrated how far the band have come since their Shacklewell days. Able to hold the audience’s attention as they have managed to scale up their performances to larger stages, without losing their charm

I wasn’t at the front for this gig as originally I was meant to be at LIFE’s in-store at Rough Trade and I was planning on sneaking during the support’s set. This gave me a different view of their performance. At the front, much of the performance is watching Florence’s tiny movements and changes in facial expressions. Something I assumed wouldn’t translate to being further back. But the focus of the performance switches to the other band members providing the swirling sound for the vocals. My focus was much more on their stage presence. I shouldn’t have worried. They clearly can handle big stages.

Support was from Mermaid Chunky who I didn’t like. It was all very art-school stagey and their music didn’t appeal to me.