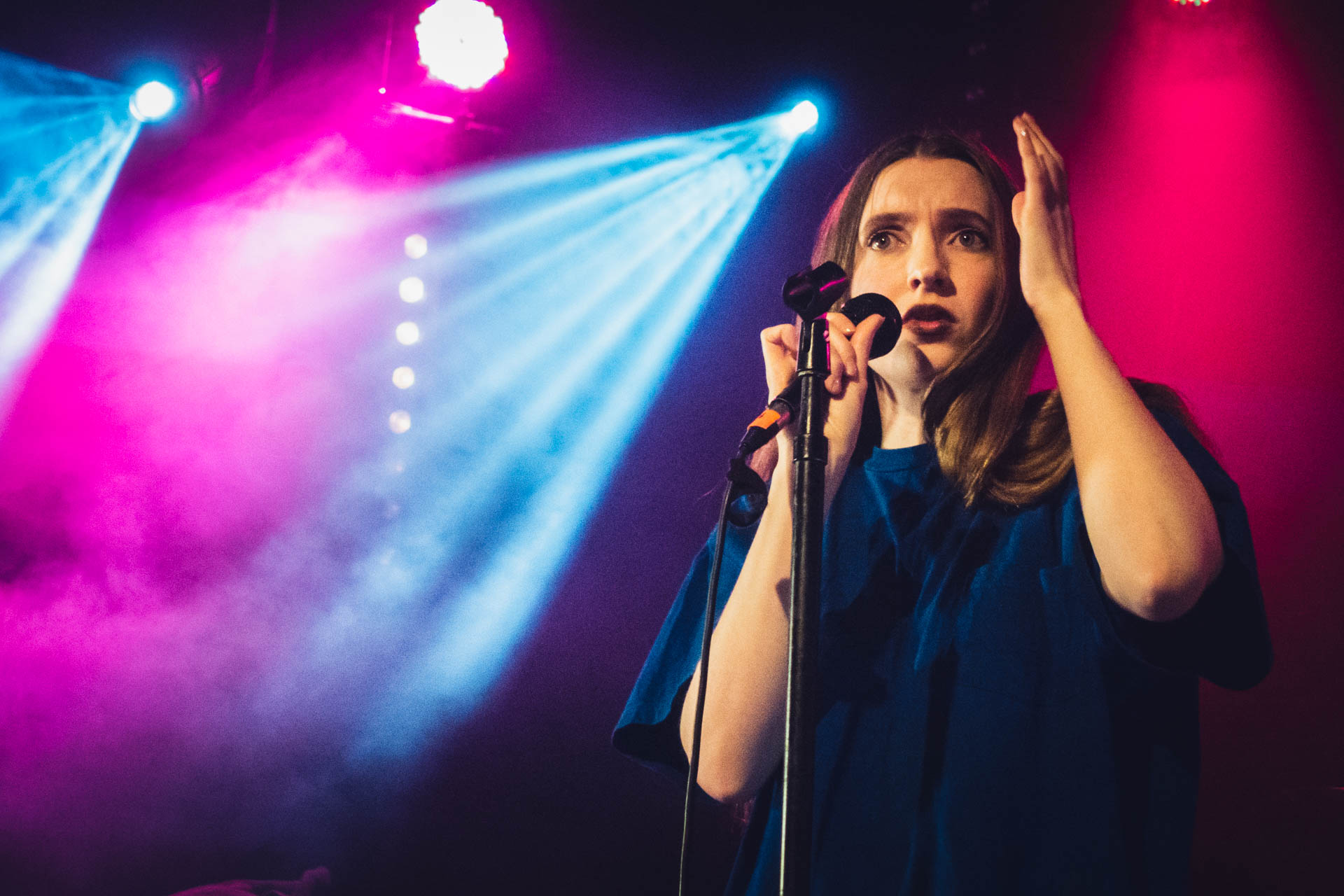 Dry Cleaning at the Cambridge Junction

The thing I love about gigging in small venues is it gives you the opportunity to catch a band before they are big and watch them grow. More often than not, the band doesn’t go anywhere. But it is great when you see them achieve some wider success. Dry Cleaning is one of my most recent small venue finds that are seeing some well deserved success.

I first saw Dry Cleaning in 2019. They immediately impressed. But I honestly was’t sure they would transfer to a bigger audience until the Great Escape when I witnessed an indifferent audience warm to them. With a trip to SXSW and the possibility of an album, they were on our ‘bubbling under’ list of bands to watch out for in 2020. For obvious reasons, things didn’t pan out. However, in 2021 they finally released their critically acclaimed debut album, ‘New Long Leg’. They also started to pick up regular 6 Music airplay and since then, have gown quickly and recently sold out the Forum in London. As that is not a favourite venue, I decided to hop onto a train and head up to Cambridge to see how they are getting on.

I thought tonight there was an interesting juxtaposition. Both are bands have lead vocalist who offer musings over music. One takes a post-punk sound. The other electronic tracks. But for me two different outcomes. One I find charming. The other I dislike.

In Audiobooks case, David Wrench lays down synth based indie pop over which Evangelina, acts as some gawky posh rich kid telling rambling stories. While the music isn’t really my thing. It is Evangelina’s shouty posh accent that turns me off. I’m afraid the character isn’t something I can connect to. I was pleased when their set finished. At least this time I didn’t walk out on their performance which I did last time. So maybe they are winning me over.

Tonight’s Dry Cleaning set set consisted of the majority of ‘New Long Legs’ with a few tracks, such as the ‘Magic of Meghan’, from their excellent EPs. The set opened with ‘Leafy’, with its laid back post-punk bass that anchors the song allowing Florence’s stage persona the space to take lead but hinting at what’s to come with subtle swirling guitars. Sadly, the sound felt very wide tonight. It lacked the intimacy of previous performances. I guess part of it might have been because I was the other side of the fence. Every other time I have seen them it has either been a small venue where I am within touching distance, or I have had a photo pass. At least the sound was clear and not overpowering Florence’s voice.

Dry Cleaning are a sum of their parts. I can not imagine the band working with any other members. Lewis’s post-punk baselines, anchor every song with Nick backing up with his drums. The baseline provides the framework for Florence’s meandering musings on life with Tom’s stabbing swirling guitars echoing the mood of each musing. The music is the perfect accompaniment with Florence’s stage character who seems oblivious to the fact her musings into her tape recorder are being overheard.

There are other bands around doing similar things. But none have such a complete sound as Dry Cleaning. Tonight’s set showed why Dry Cleaning keep winning over audiences. They are so incredibly tight and have a charm about them others don’t. It will be interesting to see where they go from here.