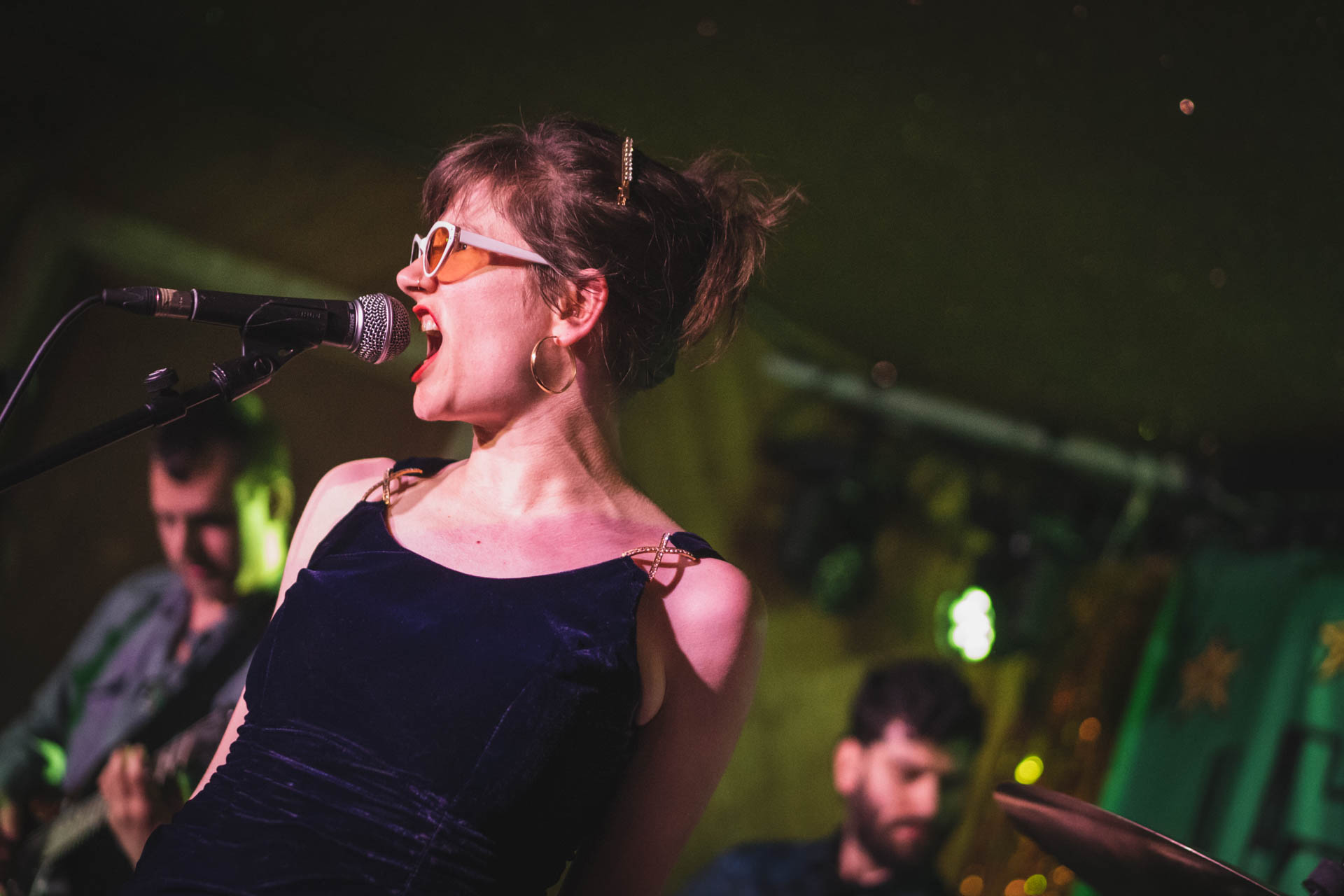 Bodega at the Moth Club (Tuesday)

A second helping of Bodega at the first night of their three night Moth Club residency. Again showing amazing energy to play a 24 song set with an extended encore. In fact I missed my train as they finished after 11. They genuinely seem to enjoy trying new songs live each night and after a few weeks on the road, I got the distinct they’ve practiced enough songs that on Thursday they might just continue playing until they drop. New and old songs sounded incredibly tight. Several b-sides were given a rare airing. Some new cover versions added and even a new song made the set list. They are a really impressive live band.

Support was from Media Giant, with their 80s Talking Heads and Duran Duran vibes. They didn’t do much for me. However, second support, M(h)aol, were excellent . They have a Girl Band sound with heavily distorted guitar stabs, sung about necessary dark topics, had a bass player who thinks she’s Jimmy Page, playing her base with a bow and a lead singer who can really conveying the right level of anger some of her lyrics require. Really impressive.