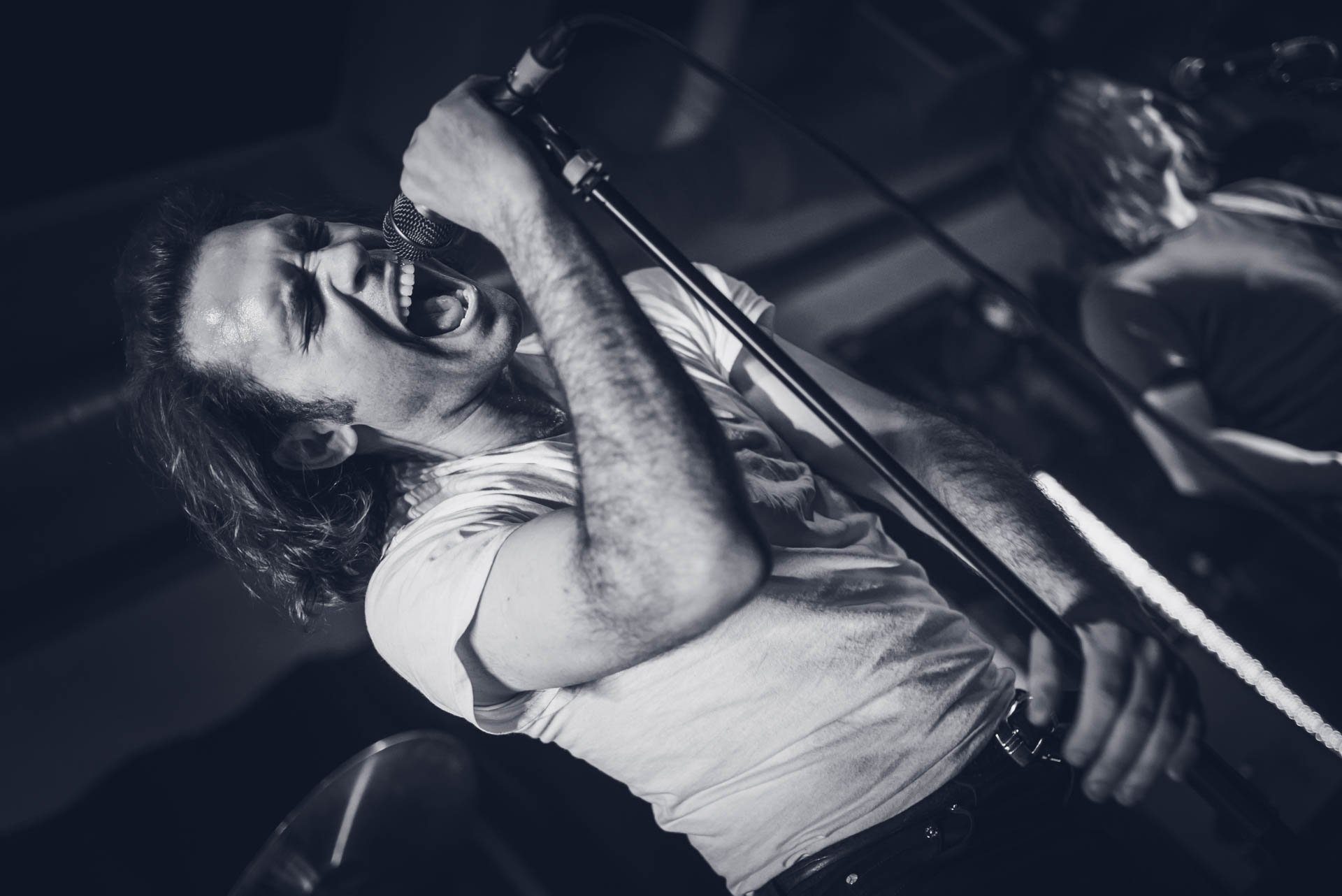 I saw New York band Bambara at SXSW2019. One of those bands you stumble on at a festival who stand out due to an explosive performance in a packed tiny venue. I think Steve Lamacq must have been at the small gig as he championed them after he returned and with European support slots with Idles, it was surprising to find a quiet Rough Trade in-store. I suspect the fact they were only selling a vinyl version of their EP released a month earlier and playing the same week as their Dome gig, discouraged fans from spending the £20 for the in-store. It was only because I couldn’t make the Dome gig that I decided to buy a ticket for Rough Trade.

The small select crowd didn’t discourage Bambara from doing what they do best and it was another explosive performance. While they sit within the post-punk gamut. They are at the rock end with a more direct heavier sound. This gives singer Reid Bateh more opportunity to jump around and head into the ‘crowd’. It is just a pity there were less people around to feed his performance.