AC/DC played in a ‘hillbilly’ style. What’s not to love? Well actually very little. They are exactly what you’d expect, a fun band who although don’t take themselves seriously, do take playing seriously with a very tight sound. I can imagine them going down a storm at a festival. Unfortunately, tonight they were playing the Forum Hertfordshire where we have a very unadventurous student population. So tonight’s gig was fairly empty and when called for, there was very little audience participation and almost no jumping around. A real pity because despite the disappointed crowd, the band put in an excellent and lengthy set full or humour and interesting cover versions.

In the first half of the set they played their entire AC/DC cover album. I’m not the biggest AC/DC fan. So I found this section a bit hit and miss. But in the second half of the set, they opened it up to the audience for requests and played some cracking covers such as Warpigs, Poison, Bohemian Rhapsody, Comfortably Numb and my personal favourite, the Bangles Eternal Flame. They’re not going to win any awards for originality. But sometimes, you just need a fun night of music and Hayseed Dixie offer it in a bucket loads – just make sure they’ve got a crowd that’s big enough to show some appreciation! 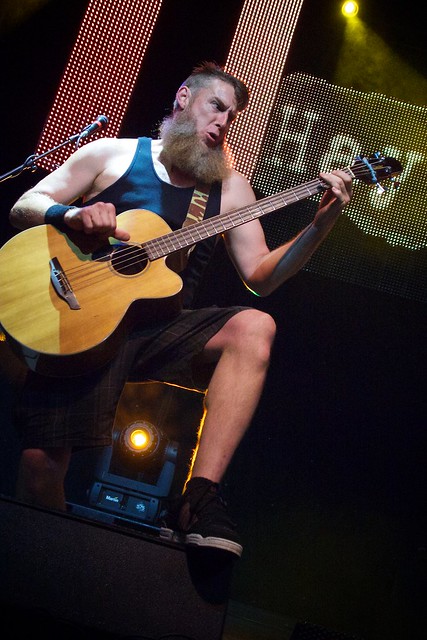 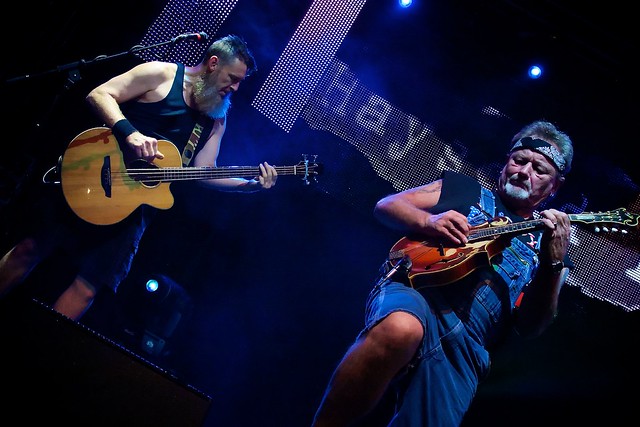