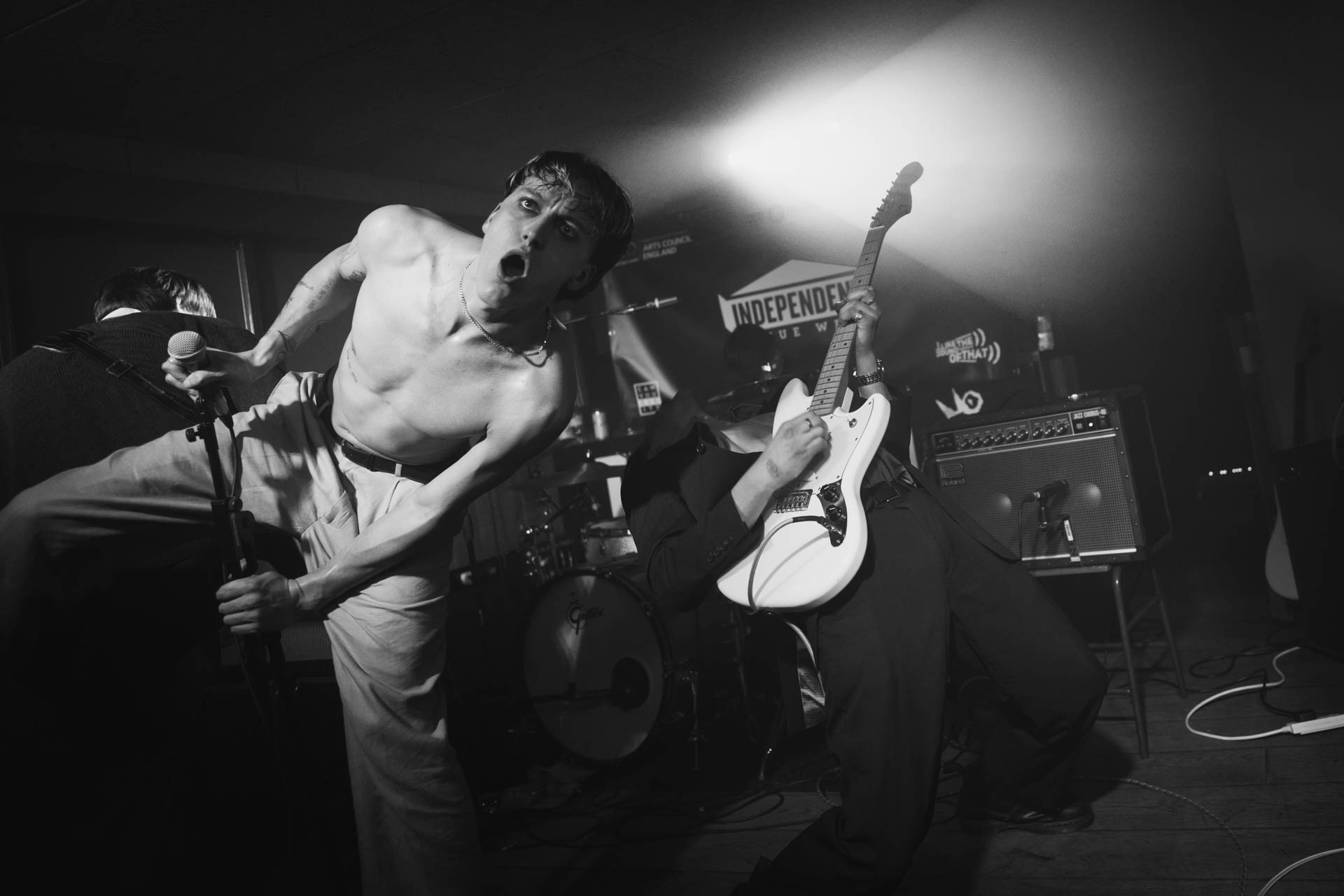 Priestgate at The Social

One of those evenings that makes me love live music. This was an Independent Venue Week show of three bands I had not seen before. I had come into London to catch Dry Cleaning at Rough Trade and looked for an evening gig. I saw Deep Tan were playing who I saw play a DIY session during lockdown and I thought I were worth catching live. The two other bands were completely unknown to me.

Although I said I wasn’t going back to the Social until this thing blew over. With my post-COVID sense of invulnerability I decided I would risk it. But I’m still uncomfortable about touring artists having to risk their tour playing venues who aren’t trying.

First up, DEADLETTER, a five piece post-punk band from South London. Their lead singer sings/talks the delivery of a set of well observed songs about modern life. Taking every opportunity to go into the crowd and climb across tables. The band were fun to watch and seemed to go down really well.

The band I had gone to see, Deep Tan, actually didn’t do much for me. They were far messier live than on record and in their DIY session. I think part of it was that for me the bass was too loud, over powering vocals and guitar. I will have to catch the some other time.

Closing the evening were Priestgate. More mainstream indie that the other two. Musically, I think DEADLETTER were better. If the singer had just stood still and sung the songs. I think the songs would have washed over me. However, Priestgate’s performance was explosive. The singer didn’t stand still for a second, jumping around the stage, putting his all into the performance.