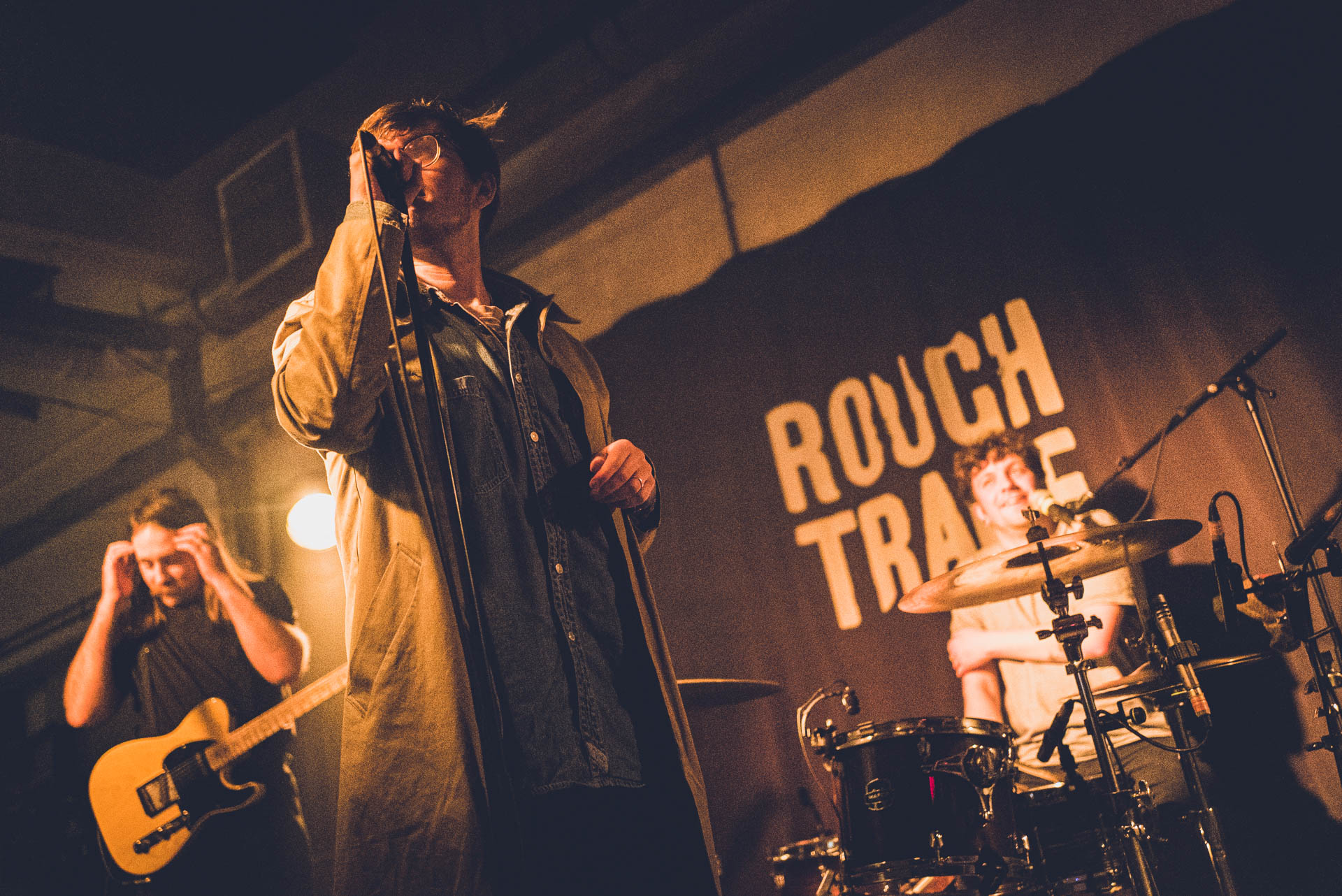 The new hot ticket in town. Leeds-based Yard Act started to make waves during lockdown with their well observed songs and cheeky humour. I’ve missed out on seeing them so far. Tonight was my first opportunity to see what the fuss was about.

Earlier in the month, Yard Act cancelled their early January gigs so they wouldn’t miss their album launch gigs. Completely understandable. These events are a really good way of getting your album into the charts, generate radio play and build a live audience.

Following on the heels of bands like IDLES and Shame, they’re taking a look at modern society, but unlike many of the other bands, they do so with a wry sense of humour. That sense of humour was at the fore all night, with the band clearly enjoying what was a big day for them, joking about selling out to the capitalist gods. It was great seeing a band up there enjoying themselves.

Musically, they were excellent. With the confidence in their own tracks and their abilities, they had no set list and asked the audience for suggestions. This was my first listen to the album. So I’ve no idea what the song title were. But I loved every song. They band are clearly going to be one of my favourite bands.