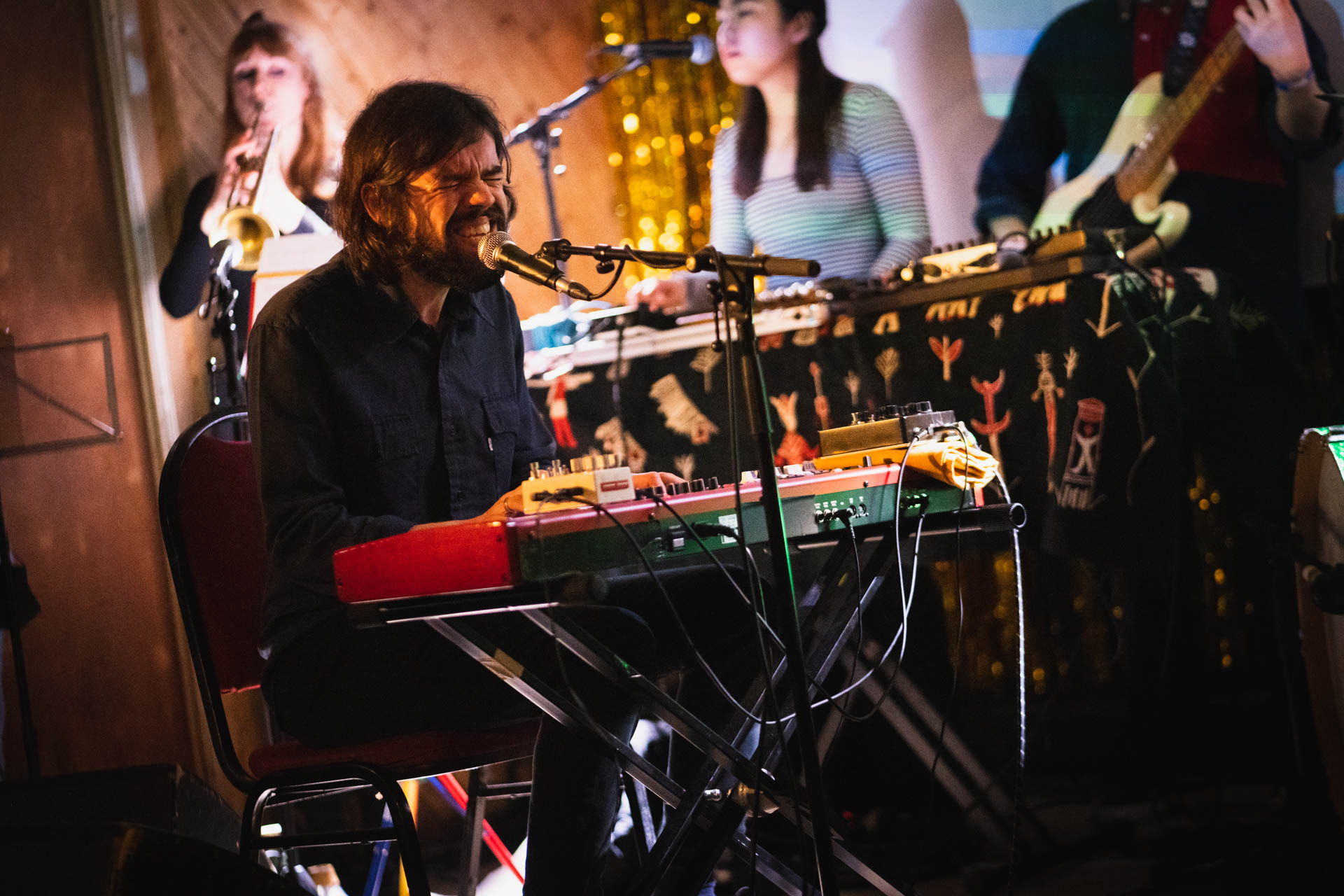 Andrew Wasylyk at the Moth Club

This wasn’t meant to be my first gig of the year, but a positive COVID test put paid to my visit to the Rockaway Beach festival. This was first real day out since the test and tonight was the nice way to start the year.

During the various lockdowns, many of us discovered a connection to the place we live. The areas around our homes we had previously ignored became an unexplored country and a brief salvation from our own homes. Our empty roads allowed wildlife to find new spaces and the sound of bird song was heard everywhere. Those of us lucky to live near countryside walked the same paths again and again noticing the changes as the season came and went. Tonight’s gig featured two films exploring the notion of place from Andrew Wasylyk and Modern Nature, followed by a live set from Andrew’s eight-piece band.

With so many cancellations at the moment, having two videos as your support was probably a good idea. First up was a video made to accompany Modern Nature, ‘island of Noise’.  Released as a double LP in December. The album is loosely based on the Tempest. Here with visuals, it really felt like a reflection of lockdown with images of mundane sights changing with the seasons.

Andrew introduced his video of Balgay Hill, reflecting on his own experience exploring this old Dundee park during lockdown and how it inspired album. The album combines found recordings from around the park with music of  shifting textures. The visuals created using homemade pin-hole lenses, perfectly suited the music, with a daydream like textures of the album.

The last time I saw Andrew was in the vast Union Chapel. The cavernous space oddly allows for an intimate performance that tonight’s concert at the Moth Club lacked. Tonight however, Andrew made up for the lack of intimacy with his eight-piece band offering a much fuller sound and all somehow squashed onto the Moth Club’s tiny stage. The addition of a viola, sax and trumpet adding extra textures to many of the tracks.

Rather than replaying the music from Balgay Hill, tonight’s performance featured music from his back catalogue that flits its way from ambient to jazz and classical. Andrew’s simple repeating patterns on the piano effectively anchor each piece as the other instruments add textures to Andrew’s dreamlike patterns. Each piece respected by a very attentive and appreciative audience. Highlight for me was the ‘In Balgay Silhouettes’ which unfolds a hypnotic journey around Balgay.

I think what was most interesting to me was the difference between the Union Chapel performance and Moth Club. The extra layers to the music added elements of ambient and jazz to what were modern classical tracks when played in the chapel with piano and singe trumpet. Yet both equally strong musically.