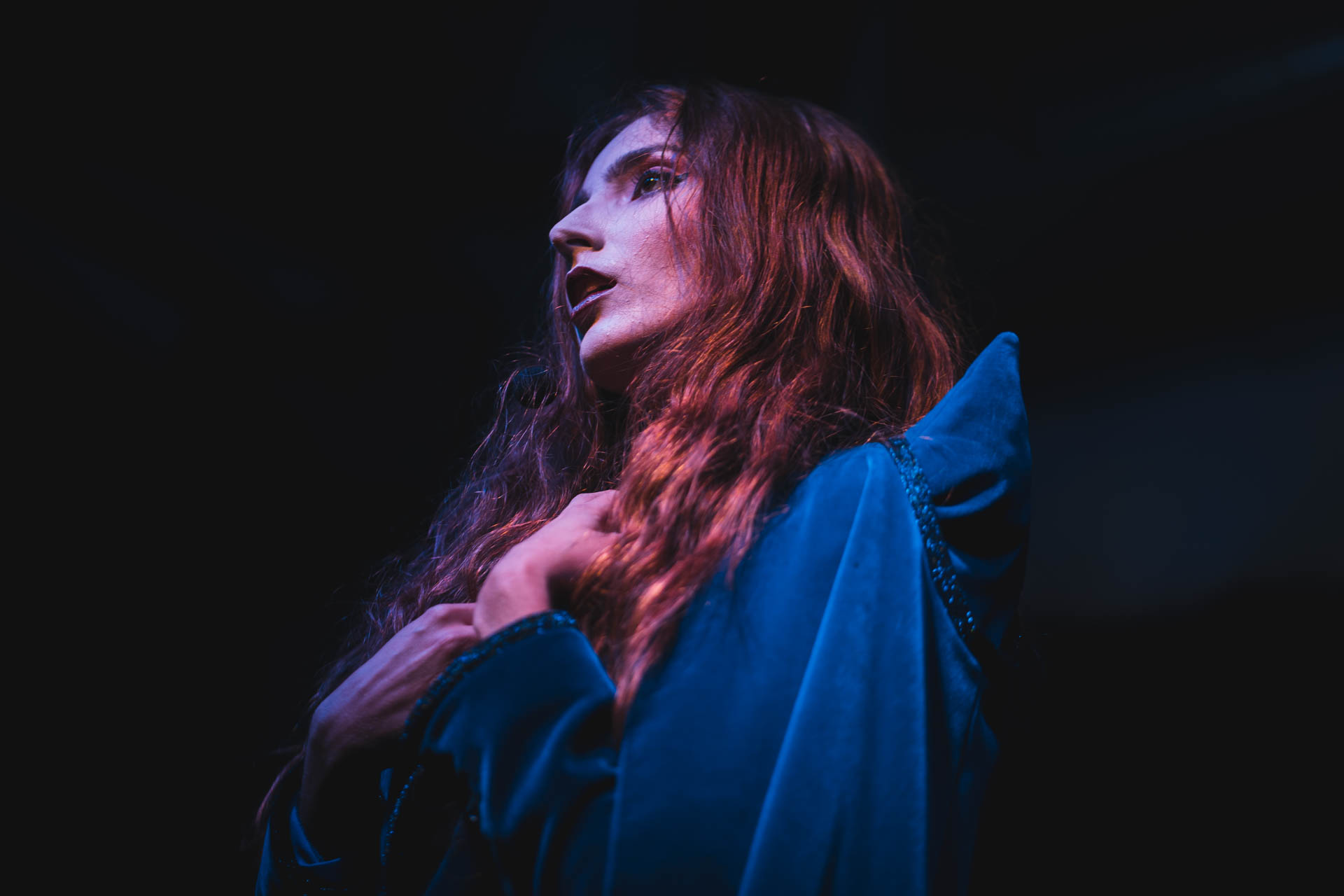 This was one of those random gigs. I was in London for Daylight Music and saw that there was a free Rough Trade gig for an album release for Sloppy Jane. I’d listened to the album earlier in the week and it seemed to fall into that art pop category. Big confident swishes of artifice that aren’t really needed, but were added for the hell of it anyway. Clearly, they could be fascinating.

Have to admit. What with all the travel restrictions still in place. I was pleasantly surprised to see a full band. I thought it might have just been the singer with a keyboard and laptop backing track. Luckily, they could just about fit onto the Rough Trade stage.

The introduction to the album features an orchestrated section. Clearly bonkers (in a good way). Haley Dahl, complete with cape and velvet suit, started the gig by conducting her invisible orchestra. It was a sign that this was going to be a gloriously glam cabaret as they played the album in full. Musically, this was pure art pop. At times consciously pompous, while pulling back in all the right places. I was struck at times listening to the album of a Kate Bush influence and tonight with all the theatre, it was there for all to see. This is performance art, not merely music. Definitely worth catching.