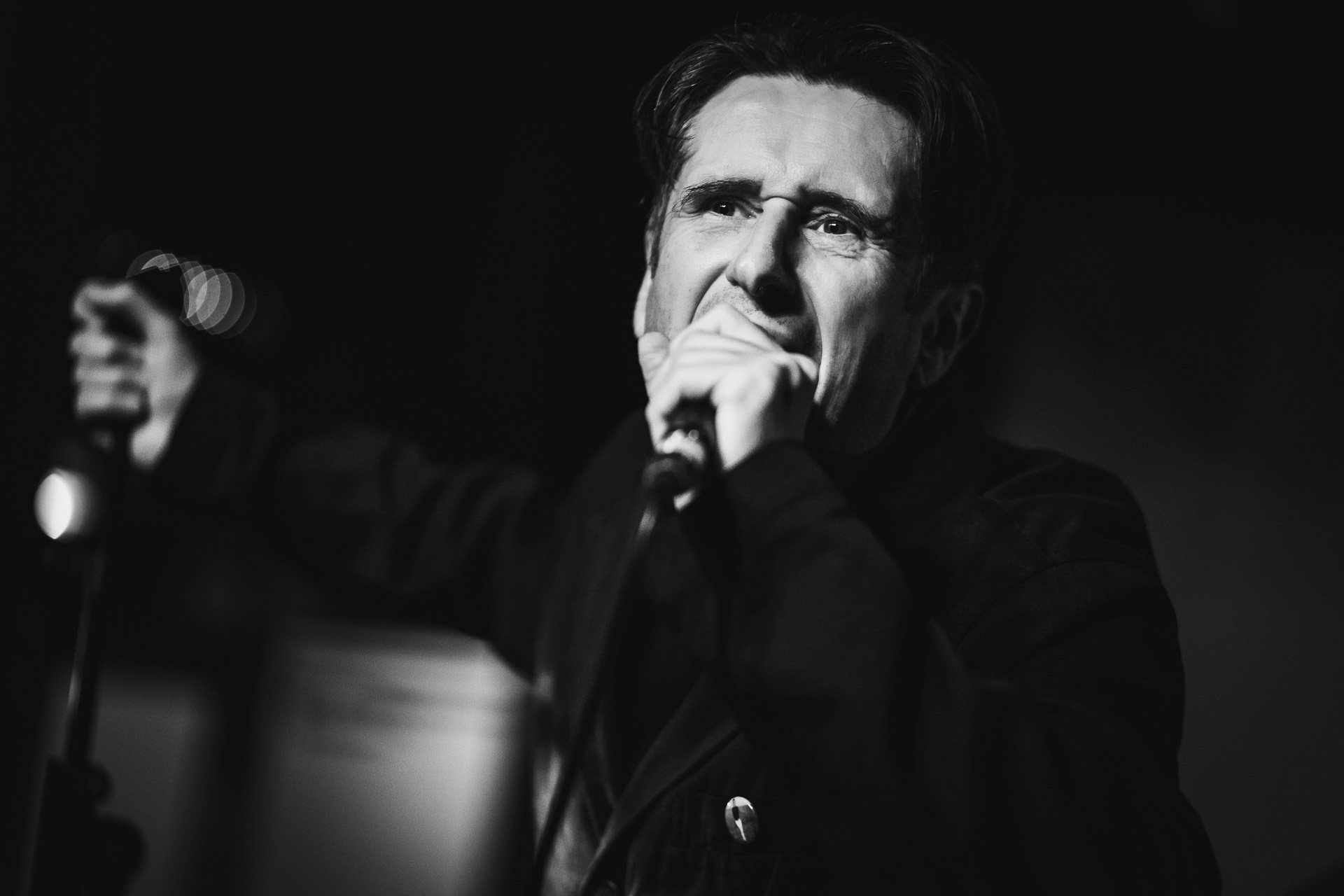 Band of Holy Joy at PowerHaus

This was my first visit to Camden since olden days to go to PowerHaus. Dingwalls of old. Heading up from St Pancras, it’s a slightly surreal experience seeing the changing face of London. For the last decade there has been an obscene amount of investment near Kings Cross. With building work continuing on more office spaces and flats, out of the reach of normal people. Sadly, that change hasn’t stopped there and has crept up Regent’s Canal to Camden. Before lockdown, work was well underway building flats on one of Camden’s market. Which now tower over the canal. I can’t say they add much. I just hope Camden can retain some of the diversity that made it so special

It was also slightly surreal seeing Camden so quiet on the Thursday night. With very few people on Camden High Street. A very sad sight. It was so quiet, the drug dealers seem to have disappeared too.

I’m not sure when Dingwalls became PowerHaus. Dingwalls has been one of those ever present venues in London’s music scene and has a history of some serious bands having played there.. In recent years, it seems to have fallen out of favour as music shifted to Dalston. I’m not sure if this was a planned takeover of Dingwalls or it was due to COVID. But to be honest, it was still Dingwalls, complete with Dingwalls sign. It is good to see it’s survived and maybe the rebrand might help drag music back across to Camden, where it belongs.

Tonight’s gig was to see The Band of Holy Joy who I first saw at Rockaway Beach, who were one of my surprise highlights. Since then I try to catch them whenever they are playing London. Not only do they put in great performances, they’re good to photograph.

First up tonight was I See Islands. A Scottish singer songwriter. Sadly, it was an error strewn set and the sound engineer didn’t do the best job either, with the sound being a bit mushy. Even the lights were left off for most of his performance. Which was a pity, because despite the errors, which were mainly down to the singer kicking off his backing tracks at the wrong time, I found the music had some merit. It had a nice laid back sound that takes you on a journey to other places. I suspect it would benefit from a collection of talented musicians adding the extra dynamics that a backing track can’t offer. I’d be happy to give him another listen.

Unlike the next act, Vagrant Lovers. Again, I’m going to preface this with a with the fact the sound guy was doing a terrible job and I’m not confident the monitors were necessarily working. But Vagrant Lovers sounded awful. The singer shouted most of the set, in a off key kind of way. I have to admit, I moved away from the front and stopped listening. They just didn’t work for me.

Having a poor voice is not something you could accuse the backing singer in the Doctors of Madness, who had a stunning voice. This combined with Richard Strange’s assured gravitas meant the Doctors of Madness were excellent to watch. Doctors of Madness have been around since the 70s and they played a combination of old material, new Doctors material and some or Richard’s own solo material. Even the odd sound issue wasn’t going to stop them putting in a great performance.

With their customary multimedia presentation, The Band Of Holy Joy took the stage to much improved sound. Johny and band were on great form. Playing a mix of old material and songs from their recent released album. I think this was the first time they had played the material live and it sounded fantastic. I have to admit, the album hadn’t grabbed me. But live, every song worked. Either weaving interesting stories or actually being really dancy. This was just what I needed. Something great to listen to, great to photograph and a chance to move my tired old bones. They shouldn’t work. Johny isn’t a vocalist in the traditional sense. But the way he talk/sings his stories makes you want to listen more and more. They’re fascinating to watch. Tonight, was just what I needed.