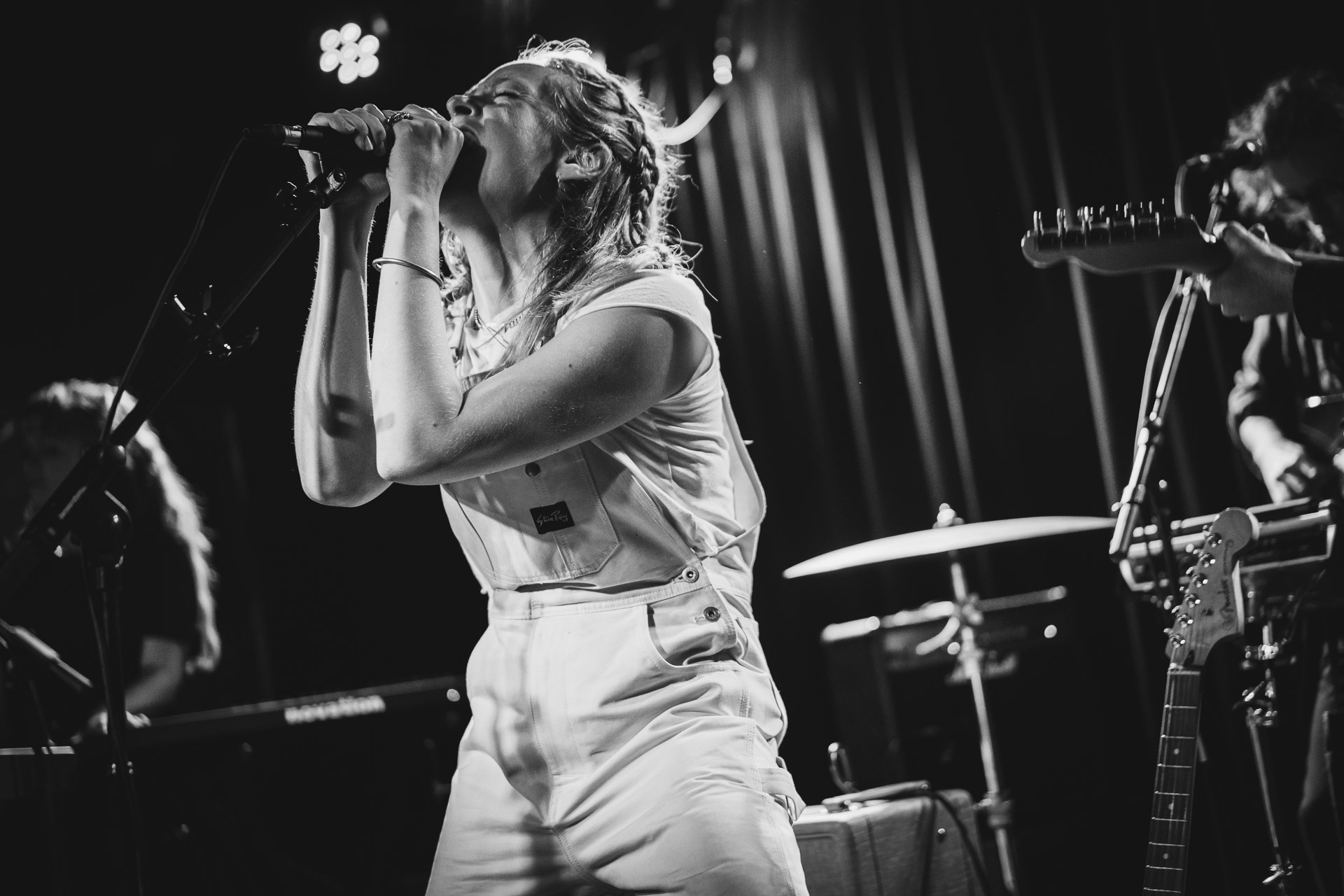 Anna B Savage at the Lexington

I was looking forward to tonight a lot, maybe too much. Anna B Savage’s album, ‘A Common Turn’ is currently in my top 10 favourite albums of the year. It has a unique sound. I also hadn’t been to my favourite venue, The Lexington since before times. So seemed a perfect time to visit again.

Supporting Anna was Irish singer Rachael Lavelle. I’m not sure what to make of her. I will definitely buy her music when it comes out. But I’m not sure I would rush to see her again in a venue like the Lexington. I think in the right venue, she would be fascinating, ideally with some other musicians, maybe a cello and violin(?) She has an interesting voice. It had an ethereal quality that at times soared above the simple minimalist keys and electronic drone, other times retreated to talking. It felt rooted in the past. Almost like a ghost of the past, a siren calling out from the stage. Completely fascinating and I’m sure her performance would be enhanced playing somewhere that caters for classical performances like Kings Place. However, I’m finding I want something more from live music at the moment. I’ve missed the energy of the live room and I was was tired and needed an energy boost from the stage and other than a wave of a hand, she literally didn’t move an inch. Everything was down to her voice which which seemed to be designed to make me drowsy. I know this isn’t her fault and as I said, I’m definitely going to seek out Rachael’s work. It just wasn’t the right music for me tonight.

Despite looking forward to this gig. I don’t think I was really into it tonight. Anna B Savage’s set didn’t hit the bar I had set – despite the fact I felt I was enjoying each song. Anna’s voice, which was special on the album, seemed to wear on me as the gig went on. I get the same with affected classical voices and there’s some similarities in the vocal styles. I was yearning by the end of the gig for some ‘light’ to her vocals. Not sure why I felt so weird tonight as the set was actually enjoyable. The dark humour and weird little stories were there. Some of the songs were danceable and I saw my feet move. The band were tight. I guess it was down to going into this gig up with undue expectations. I thought about it afterwards. I think I was hoping to find another Aldous Harding as there’s some similarities in the way they have affected vocals. Given Aldous is one of my favourite artists, that might have set the bar too high? Or it might be what I call the ‘Anna Calvi’ effect. I remember after first seeing her, being left with a similar feeling. I found it hard to tune into her operatic voice, in the same way I can struggle with classically trained ‘none natural’ vocalists at the Proms. It was only after seeing her again did my brain tune into her vocal style. Whatever the reason, I will have to give Anna another listen. I think she is worth tuning my ear to, I suspect my initial expectation are right and there is a special artist to be found. There were definitely signs.