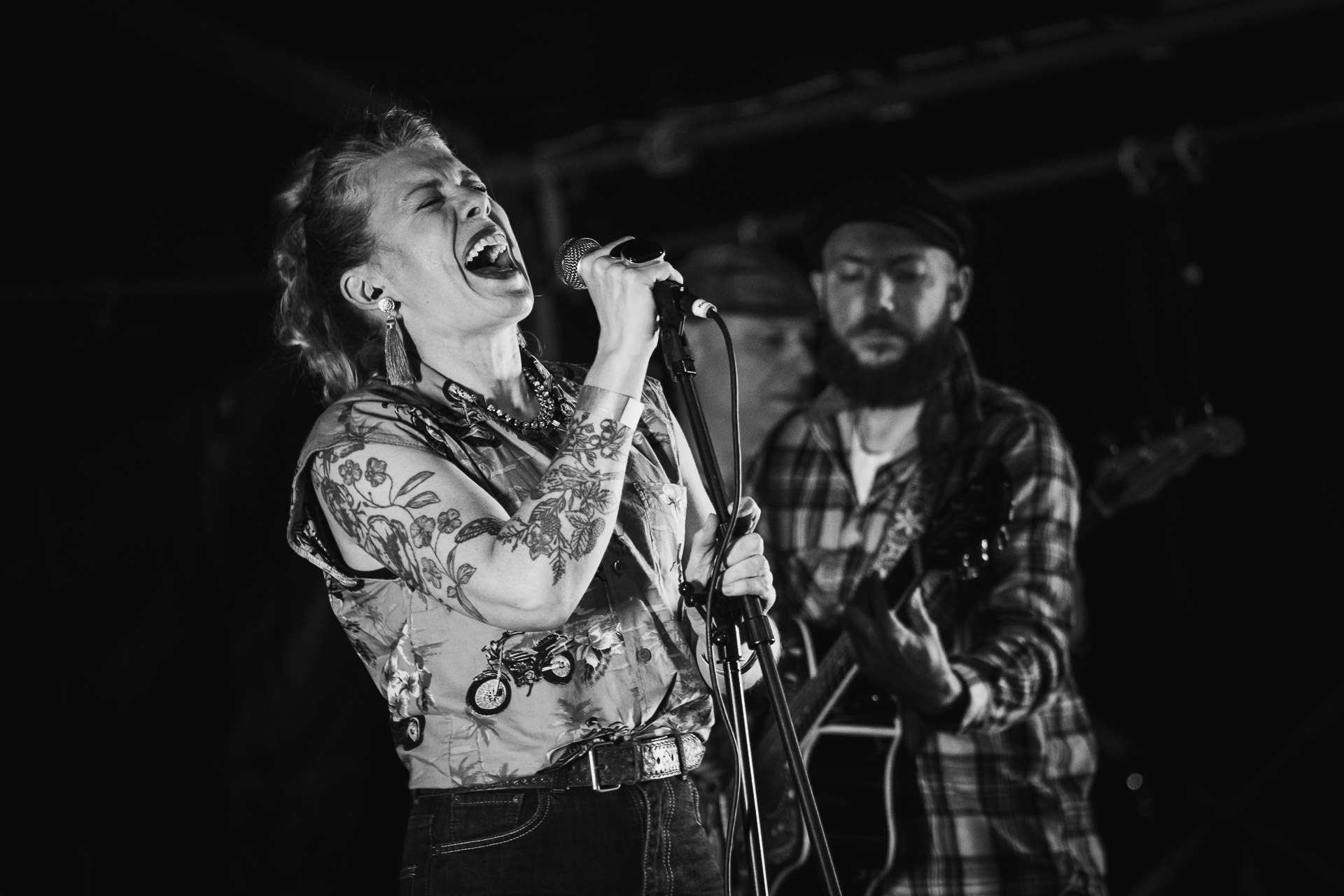 Odd little festival in Stevenage. It was advertised as a way of bringing trade to Stevenage Old Town after opening up. But it seemed to do the exact opposite as the whole of the High Street was closed off to cars with stages at each end of the street with food trucks along the length of the high street. So while the pubs seemed to be doing a roaring trade, some shops actually shut up and several of the restaurants seemed empty.

Musically, Hertfordshire’s music scene is pretty rubbish. It’s a reflection of Hertfordshire’s venues. Music pubs tend to feature cover bands and the music venus are far too heavy rock. The only music venue with decent new music is the Horn. Today’s selection seemed to reflect the local scene. Very little new music, with lots of covers bands. One of the main stages seemed to have a lot of dour heavy rock – even hair metal at one point. Today wasn’t a music highlight. There was the odd singer who tried their own stuff amongst the covers and there were a few blues / blues rock bands who were reasonable. At one point I walked between two stages where the artists were covering the same song.

I expect this is a one off. I’m sure the shops that shut early will not want it to continue and it didn’t seem to be the sort of crowd that actually cared what music was being played. They were there to meet friends and have a beer. So if it happens again, I’m sure it would plough the same limited musical furrow and I’d probably give it a miss. An interesting experiment. Just wasn’t successful to me.