I first saw the Joy Formidable at SXSW. They were working hard and seemed to play everywhere. Since then, they seem to rarely play the UK and seem to be continuously touring the US. None of the jobbing it around the UK to make it big and then trying to break the US. They went for the big prize first and it seems to be working. UK performances seem to be limited to festivals. So Unfortunately for us UK fans it means that we’re given few chances to see them. So there was no way I was going to seeing them play the relatively small King’s College SU.

Cutting Ribbons, a fellow Welsh band were support. I’d seem them before and although I didn’t dislike them, there wasn’t enough about them to recommend either. Tonight, I felt they were much better than I remembered. Possibly the large stage allowed them to put in a more energetic performance, or maybe they’re just tighter, but it was a pretty decent performance. 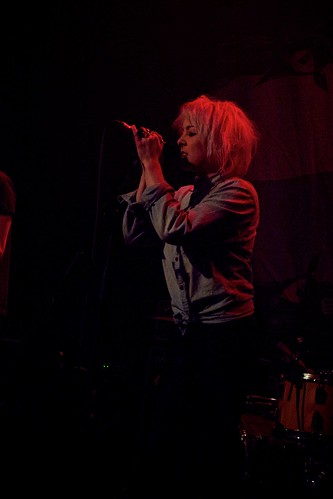 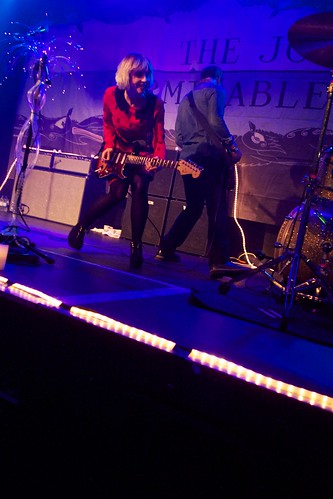