Jack White and The Kills

So here I am at Alexandra Palace to see Jack White for the fourth time this year. I hadn’t intended to see him this many times but I was tempted one more time by the mouthwatering prospect of seeing The Kills in support along with the opportunity of catching Boro play Charlton away in London, one of my favourite away day grounds in London. So I was really looking forward to this day.

The day day started brilliantly. Boro gave Charlton a (probably undeserved) 4-1 drubbing. So I was already in a good mood before the gig.

With the doors advertised as an early 6.30, I knew there would be little chance of getting on the baririer as there would be little chance of me getting across London after the match in time. By the time I got to Alexandra Palace, there already were two large queues. Luckily by the time everyone piled into the venue i managed to get a place a few rows back from the front.

I’m a big fan of The Kills. I’ve seen them numerous times. In Alison Mosshart. They have a fantastic front women and Jamie Hince manages to keep the music interesting. Over the years, Alison seems to have continuously improved vocally and tonight they were on top form. 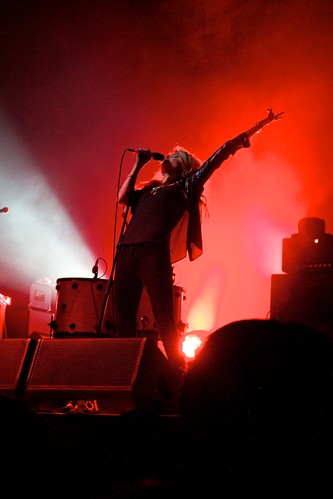 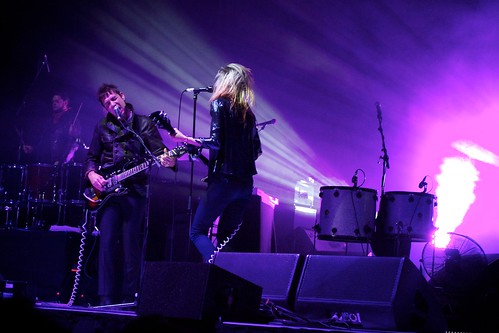 After The Kills, we were asked not to take photos, so there’s no photos for Jack.

When Jack announced that he was touring with two separate bangs. I did think it was slightly portentous – and let’s face it Jack White can be a bit portentous. But it actually works well. Both bands bring a different dynamic to the event and it brings an element of suspense as you wait for the band to arrive. Tonight, Jack chose his female band. To be perfectly honest, I prefer this band over the boys. So I was please to see them.

As with his previous gigs. There was no sign of a set list. With Jack choosing the songs as he went along and like previous gigs, he was excellent.