I missed Mazzy Star first time round. In fact I only started to listen to them after Virgin Media used one of their songs in an advert. I found the music completely bewitching so bought their back-catalogue. Their music has a dreaminess to it. Tonight though, it really didn’t work for me.

The night started well. Rick Tomlinson, a guy with a guitar, a trumpet an effects unit, played two songs with no vocals. But each song was interesting enough to keep my attention for his 20 minute set. 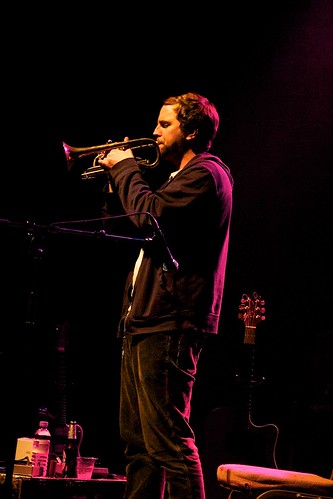 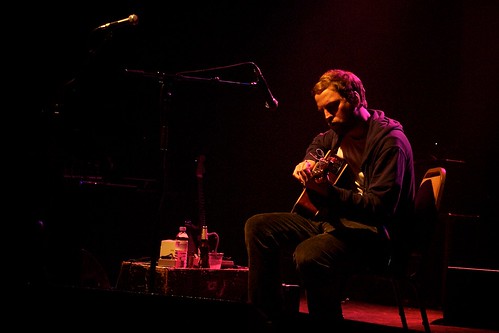 Next up, was a french band called Unison. They’re were boring. The seemed completely devoid of any personality on stage. 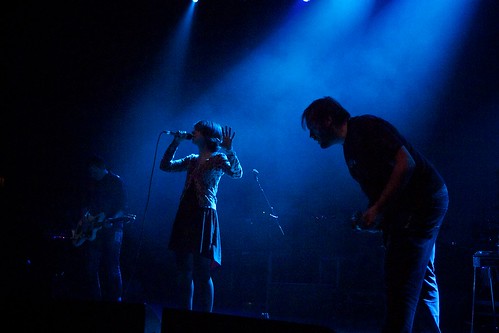 Finally Mazzy Star appeared. I say appeared, but it was so dark on stage, that anyone could have been playing. I really hate when artists do this. In this case, the excuse was that the band were projecting images onto a backdrop. But frankly the images, weren’t very interesting and often didn’t seem to compliment the music. I’d rather have seen their performance than watch the images.

It’s probably quite some time since I gave an entire Mazzy Star album a good listen to. There’s usually one of their albums on my iPod and every time one of their songs plays, I love them. They always manage to take me to another place. But here, with one track after another of beautiful dreamy songs, I have to admit I stopped appreciating them. I needed a change of pace in the set. I guess it’s a bit unfair on them to criticise them for playing beautiful music, but for me, the set didn’t work. 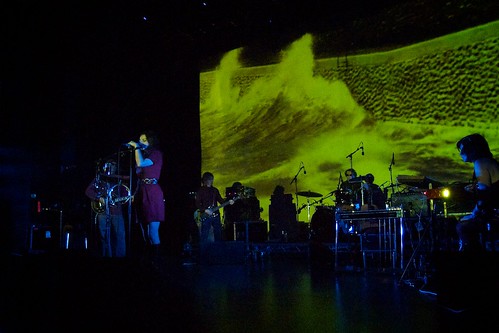