Before the gig I wasn’t sure if I liked the Fleet Foxes. I mostly liked their first album so I thought I’d give the gig a chance. A week or two before the gig, the second album was released and it really didn’t catch my attention, so I wasn’t sure I was going to enjoy the gig. As it turned out, I didn’t enjoy the gig. There was nothing wrong with the band and the way they played, but just like their recent album, it didn’t grab me. 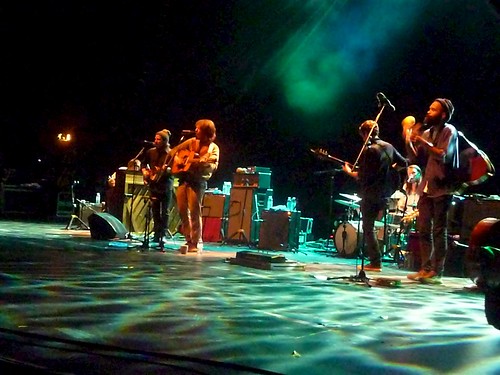