Well this is something I never expected to see on my review site. A review of a country music gig.

On my recent trip to SXSW I spent a few days in Houston. During my stay I took the opportunity to go to Houston’s Rodeo. Part of the ticket is an after-show concert. On this evening Tim McGraw was the performer. Apparently Tim is a popular country singer.

Let’s make this clear, I dislike popular country music. It’s musically crap and it’s brash and tacky. But I was willing to give him a chance. It didn’t cost me anything.

The gig took place in the centre of the big rodeo stadium on a rotating stage with big lighting and large screens. This gave everyone the chance to see the performers and the setup was pretty impressive especially since it’s wheeled out after the rodeo has finished.

Unfortunately musically, the gig was as poor as I expected it to be. I just don’t get ‘country’. I don’t mind old fashioned bluegrass. But the big brash stuff doesn’t work for me. After about four songs, for the first time ever, I left the gig early because I wanted to and not to catch a train. I just didn’t work for me. 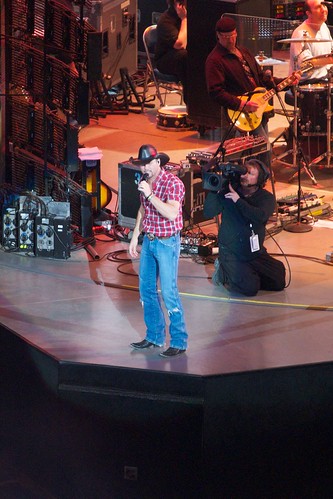 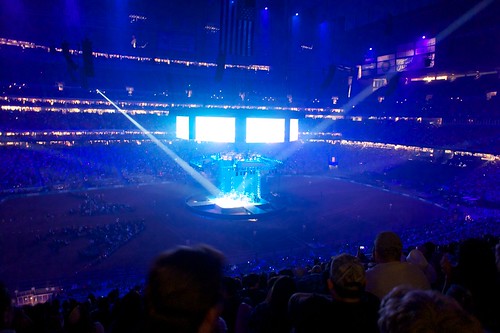