Why do bands start tours before their new album is released? Surely gigs work better when the audience is aware of the new material. In the case of this gig. The Kills decided to play their first London gig in three years, a few days before their album was available.

Having seen them two weeks earlier at SXSW I knew the gig would call heavily on their new material. The SXSW gig was enjoyable but suffered from some sound problems. But the new material sounded good. Luckily my copy of Blood Pressures arrived the morning of the gig so I had the chance to give the album a few listens to prepare me for the gig.

The sound of the new album is a departure from the earlier albums. It seems to reflect the fact that Jamie and Alison are maturing as artists. Alison has clearly benefited from her time with The Dead Weather. Tonight she stalked around the stage restlessly but with the confidence of somebody at the top of her game. Alison’s always been able to carry the songs through her attitude. But it was on the new song ‘Last Goodbye’ that showed how much she’s improved as an artist. This song is a departure for the Kills and relies on Alison’s to deliver a much more measured performance, something she did brilliantly.

As usual, the gig was a touch short. Leaving me wanting more. Luckily they return to London later in the summer. 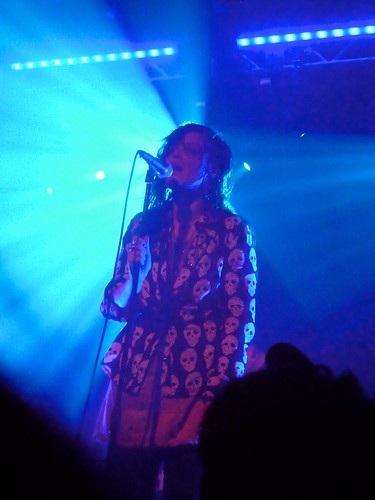