It was Record Store Day and although there were some interesting gigs at various stores, I also knew they would be busy. I found this year’s releases pretty uninspiring, so had decided not to bother queuing for new releases. So I picked the Abjects at Crouch End’s Flashback Records as the most likely to be quiet. I’d then take it from there. 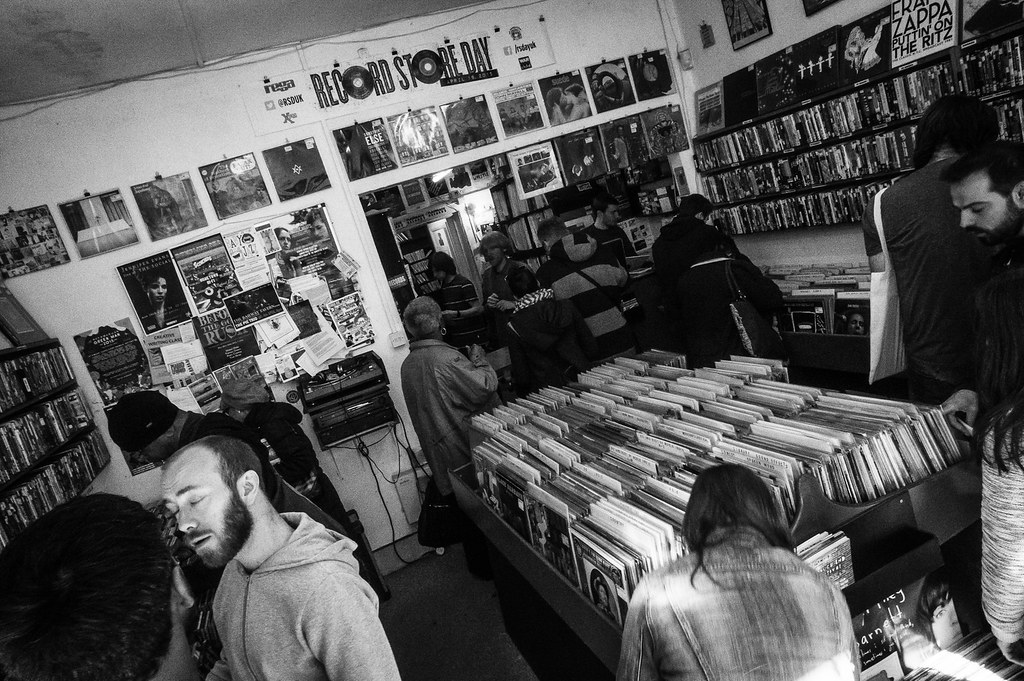 The Abjects were meant to be on at 3pm. But for whatever reason, they didn’t turn up on time and it was well after 4 when they finally turned up.

The great / bad thing about bands playing in a record shop is that (other than Rough Trade East), it’s a record shop. They’re not really setup for a band to play in, so the sound can be poor. But it does mean that you feel like you’re inside the performance. In Flashback’s case, there really is no place for a band, but somehow they managed to fit in. 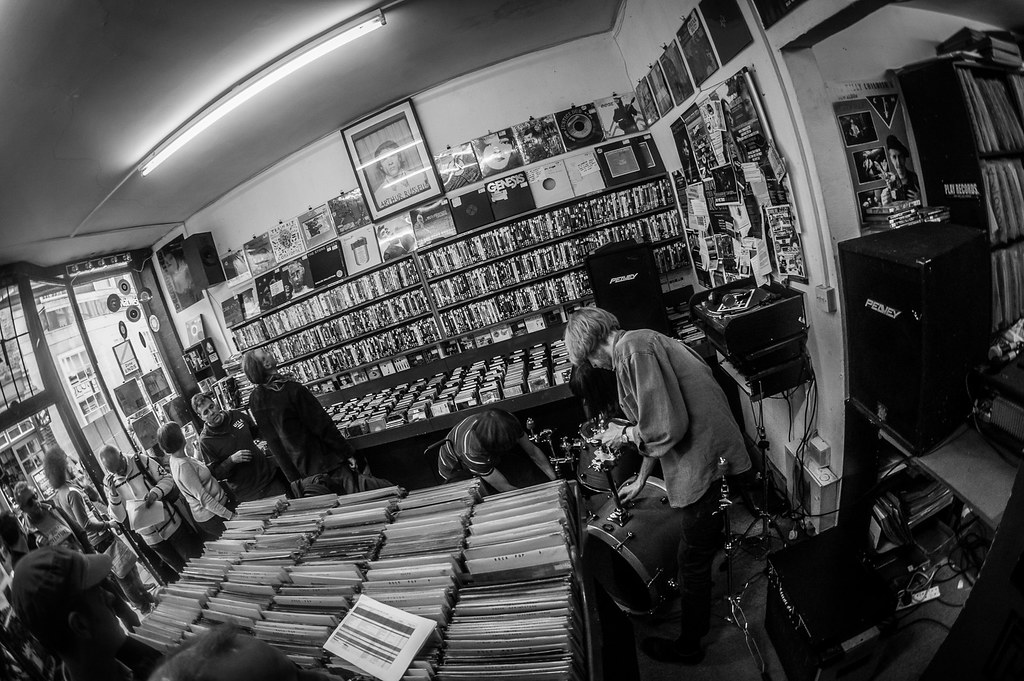 The Abjects are a great little band. They’ve got a simple garage rock sound but it’s done well. I think most of the gathered crowd didn’t know the band, but they seemed to enjoy their performance. 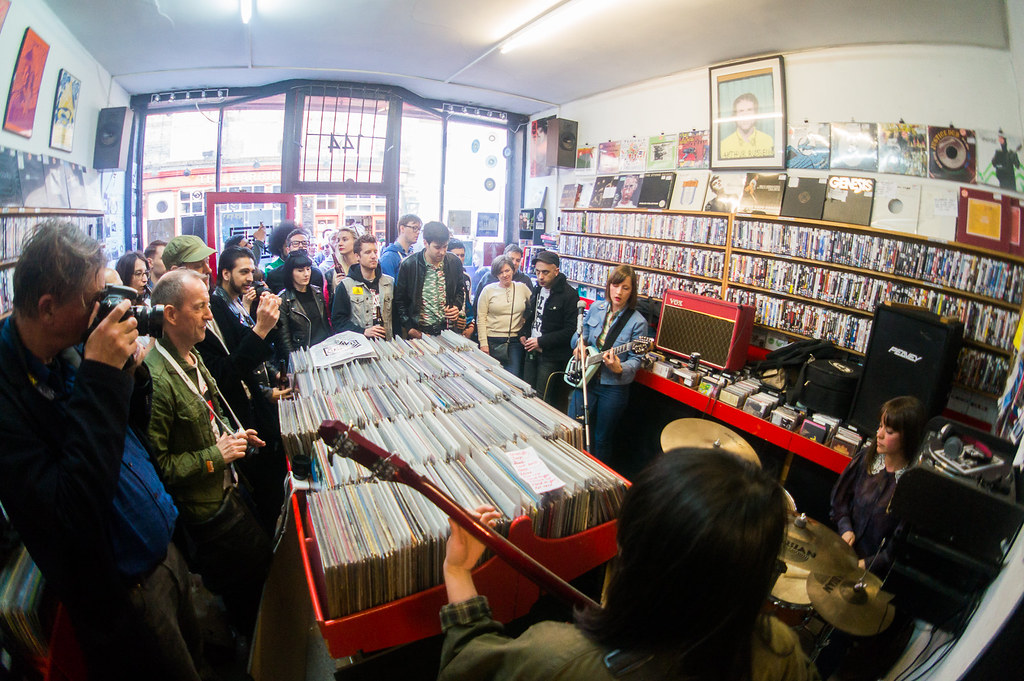 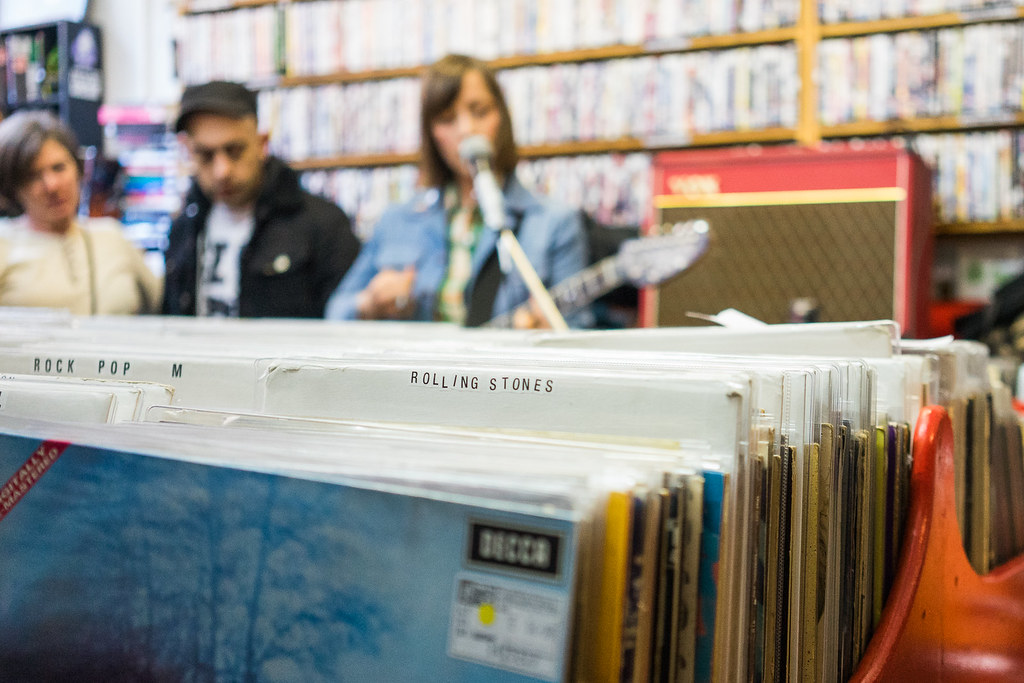 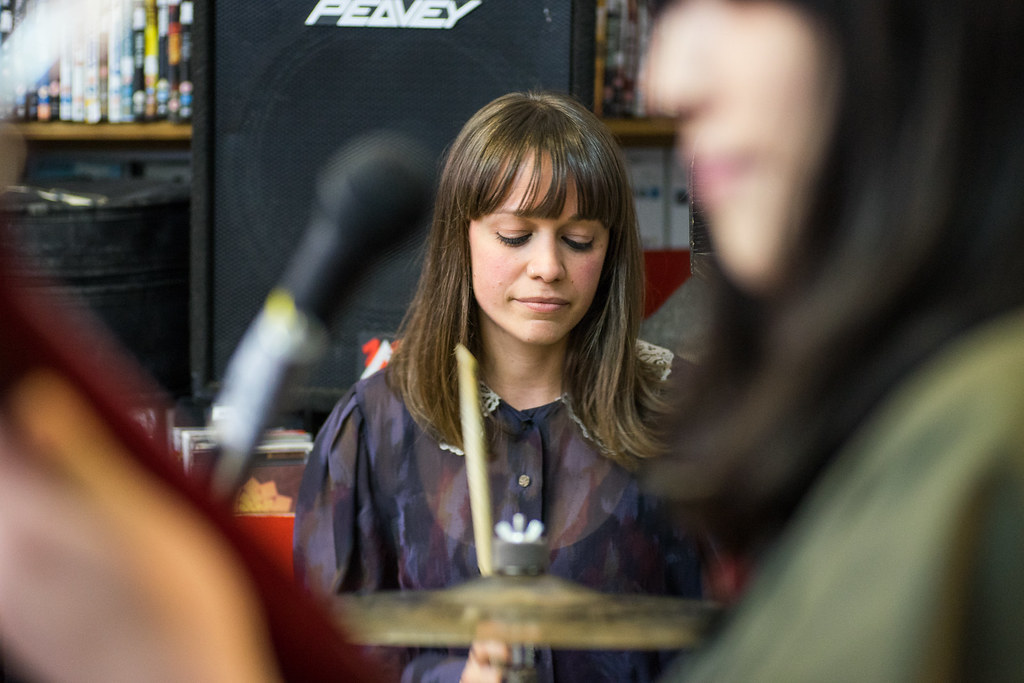 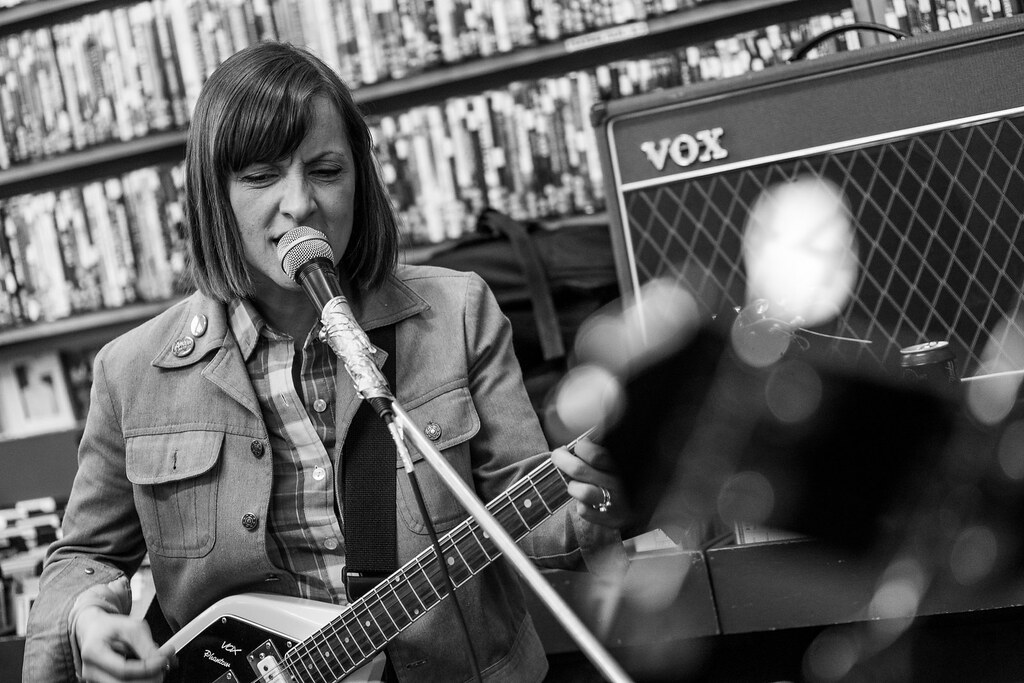 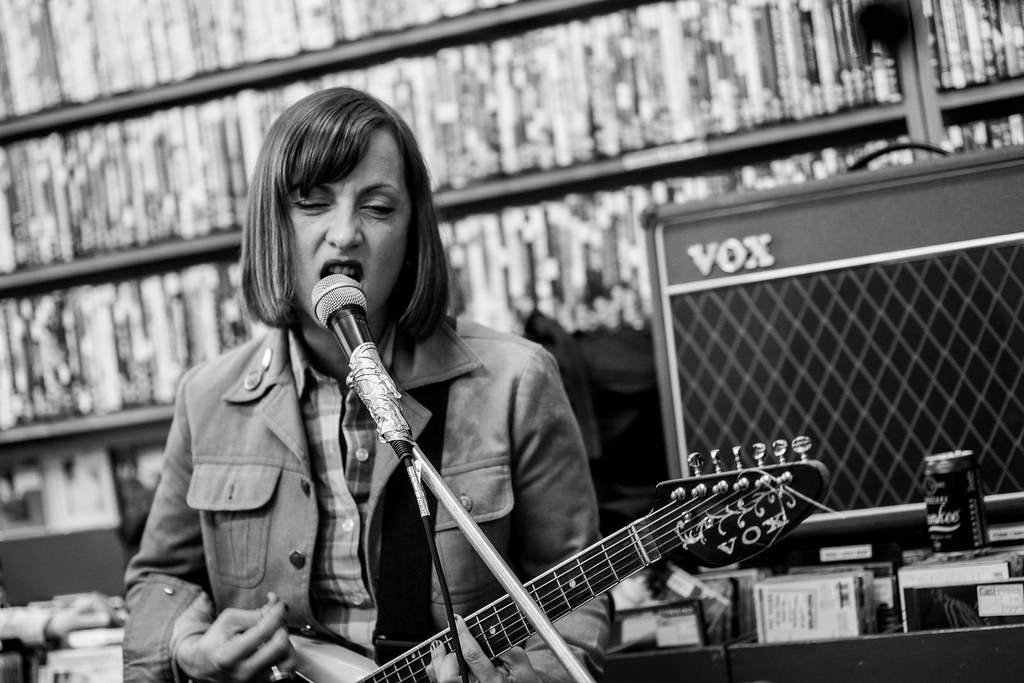 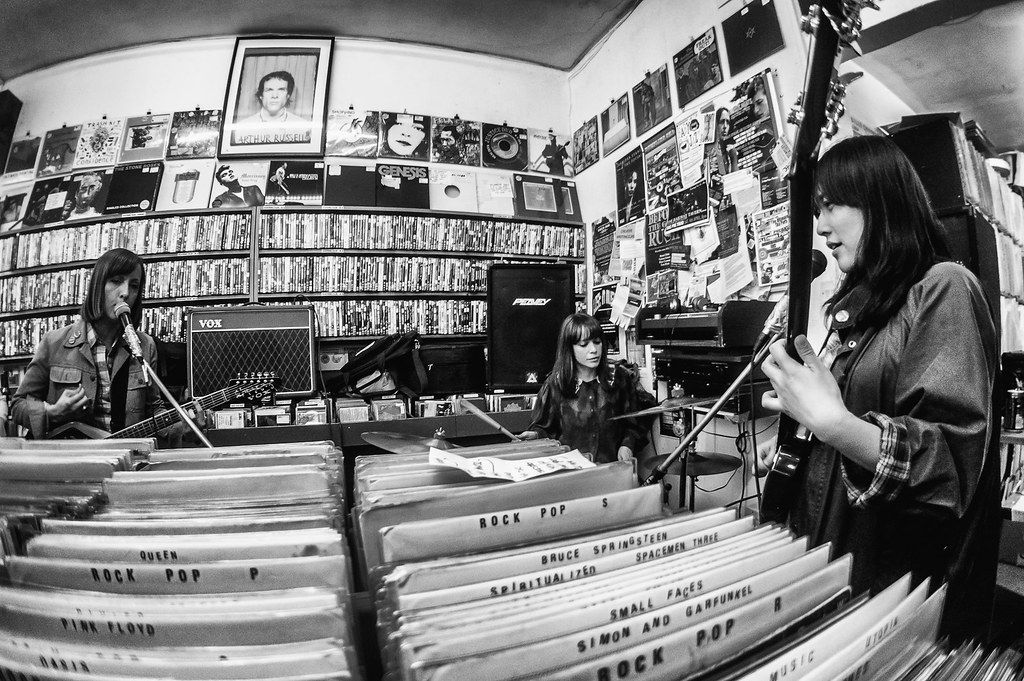 After the Abjects finished, it was far too late to get to the next gig on my list, Prom at Flashback’s sister store in Islington. But I decided to head down anyway to see if Fake Laugh were playing and was surprised to find that they were still playing. I say they, but this was a solo performance. I actually prefer their solo performances. The lead singer’s actually got a really distinctive voice which I think stands out better when playing solo. 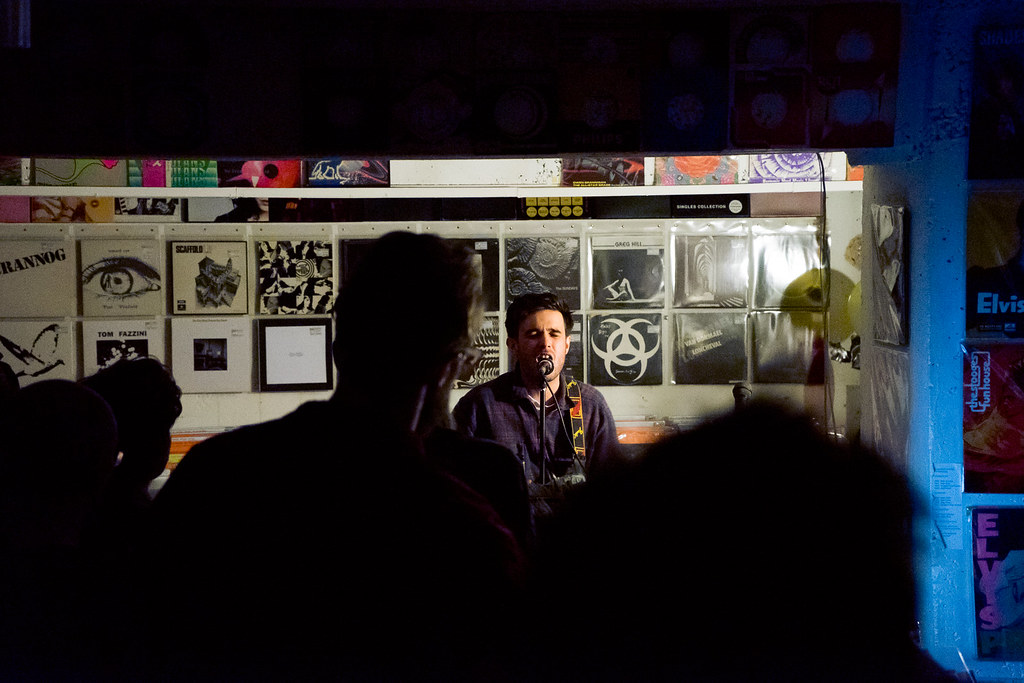 I had been interested in getting hold of the Robert Plant live EP. Neither Flashback store had a copy. So I decided I might as well walk down to Rough Trade. It turned out they had copies but they were £24 – too expensive for an EP. Luckily it also turned out that there last band, the Riddles, were still playing. They seemed an odd choice for Record Store Day. The Riddles aren’t the normal indie fodder that you’d expect to see on a mixed bill. They’re firmly \m/ rock!

I like bands that don’t take themselves too seriously and just enjoy playing live music. I’d say the Riddles fall into this category. The lead singer looks like he’s escaped from the set of Spinal Tap. In fact he even joked about playing ‘Stonehenge’. They are an unapologetic unreformed ‘Black Sabbath influenced’ rock band. They themselves describe their sound as ‘space rock’. They’re look the kind of band that could turn any three minute rock song into a 20 minute long psych experience. By the time they’d finished, they’d managed to climb the riggings, played over their allotted time so that Rough Trade switched on the lights but they’d also managed to entertain quite a diverse crowd. I’m not sure I’d listen to any of their recordings. But they’re definitely a fun band to watch. 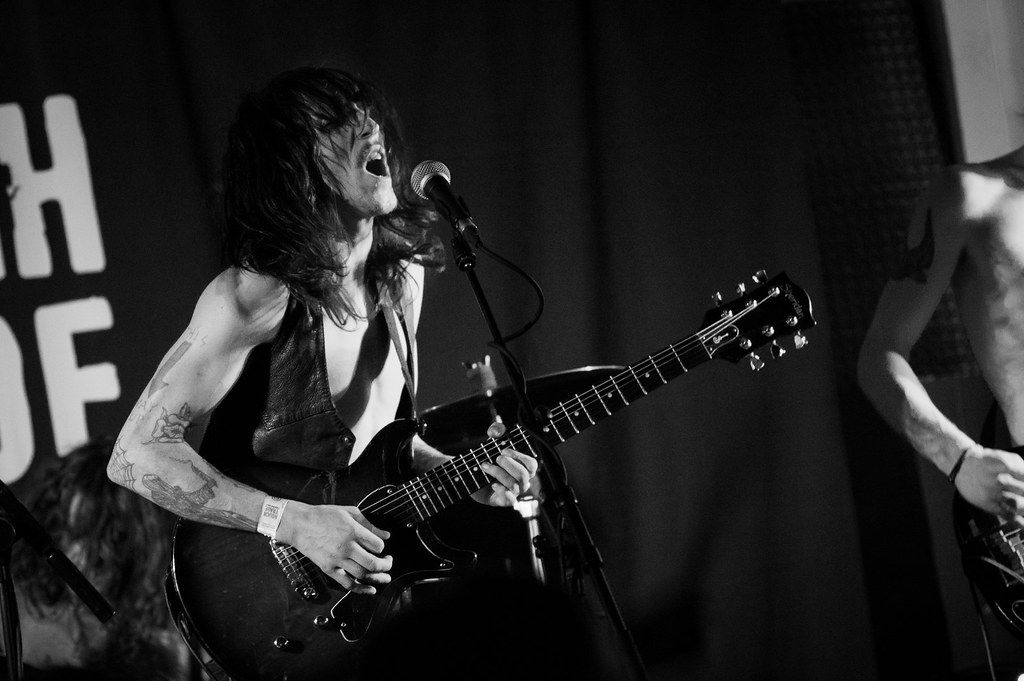 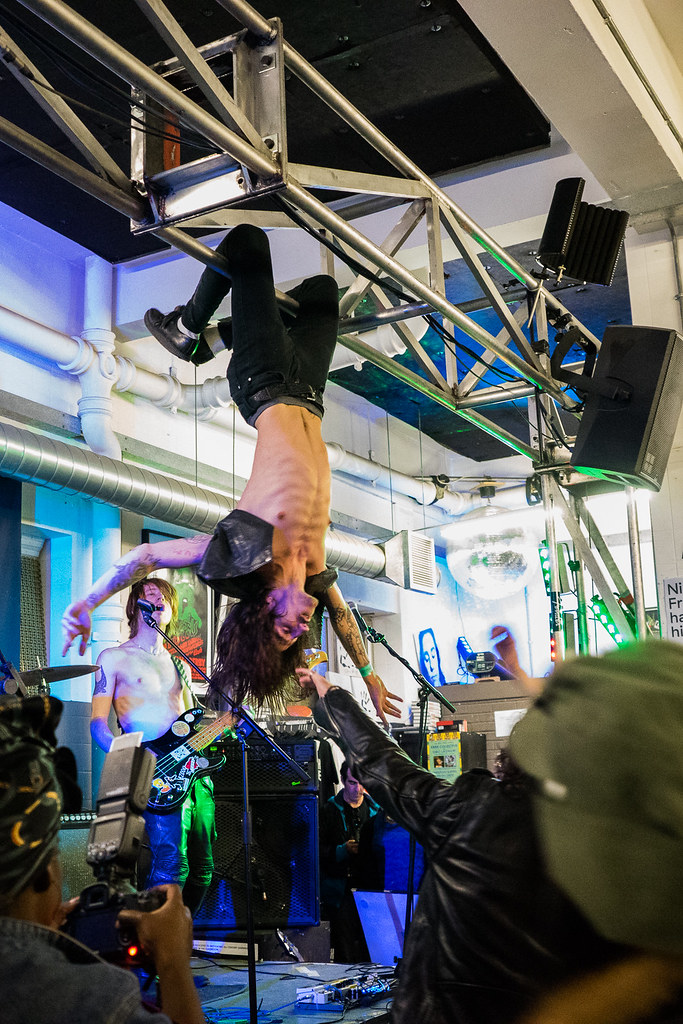 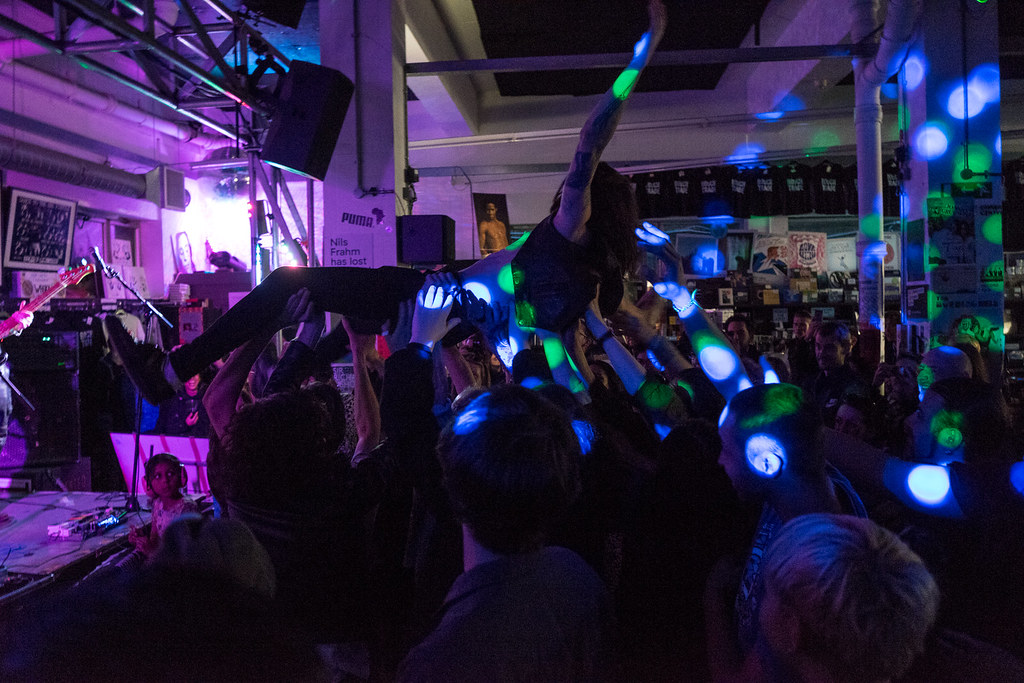 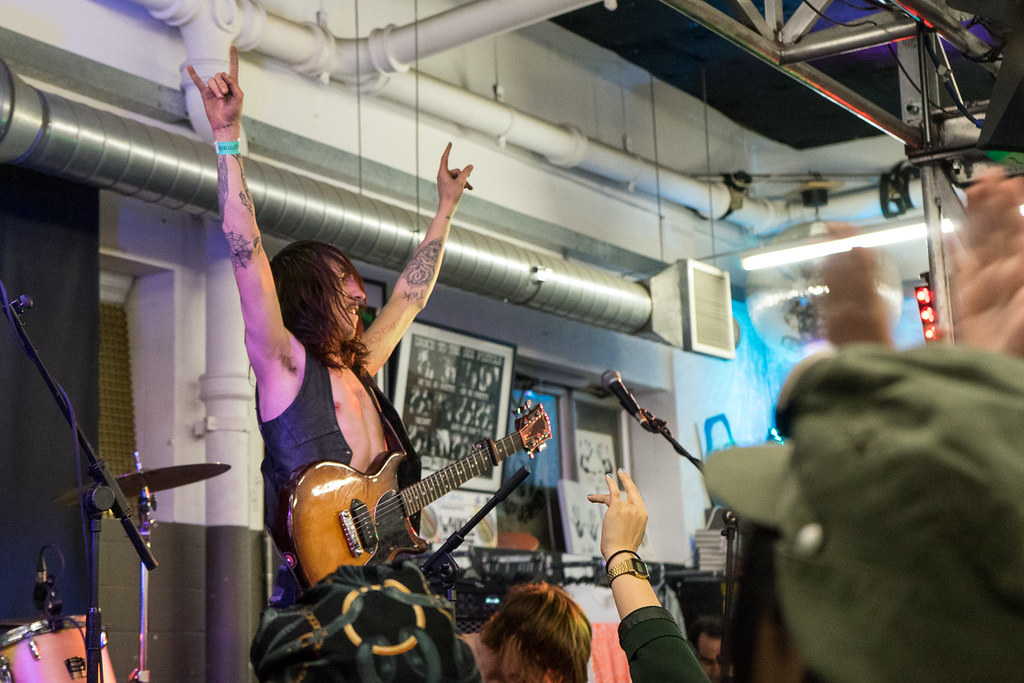