Robert Plant visited the HMV Forum with his new band, ‘The Band of Joy’. Like his previous tour with Alison Krauss, his new band is also rooted in Americana. This time Buddy Miller is the creative force behind the band, but unlike the tour with Alison, this is much more of a group effort with all members of the group taking lead at various points. This time, the female foil for Plant is Patty Griffin.

Like with Alison, this night was a mixture of the good and bad. Whenever Plant was singing, everything everything was rooted in Country Blues. His rock voice always pulling it back to a sound I like. Unfortunately, there was more time given to the ensemble than I would have liked and at times the sound was pure country.

The material was mainly from their unreleased album along with some Zep classics and the material seemed much more intimate and appropriate for a small venue such as this one.

Like always, it was great to see Robert sing the music he wants to and overall it was a great gig. 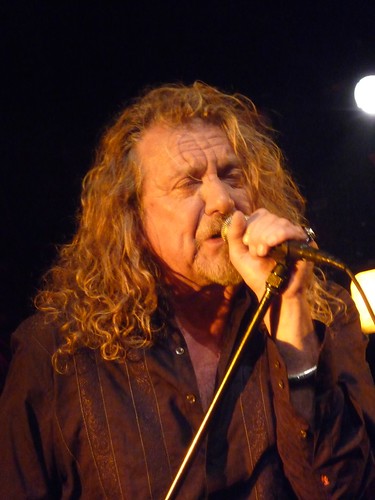