I wasn’t going to go to Daylight this week as I was heading down to Bournemouth to see British Sea Power. However, I decided at the last minute to drop by as it sounded like a really interesting lineup.

Unlike most weeks where the programming puts together an eclectic mix of bands. This week’s programme was all related with James McVinnie playing the Union Chapel’s organ, Oliver Coates on cello and Liam Byrne on the Viola da Gambist (an early type of guitar played with a bow). Each played their own set and along with pieces together.

With the Union Chapel’s organ behind the pulpit, James’s set wasn’t the most interesting to watch. But it was fascinating hearing an international quality organist playing. That’s not meant to be disrespectful to the people who play the organ during the breaks each week, but most play the organ simply as a keyboard. James played the organ as an orchestra and it was a pleasure to listen to. 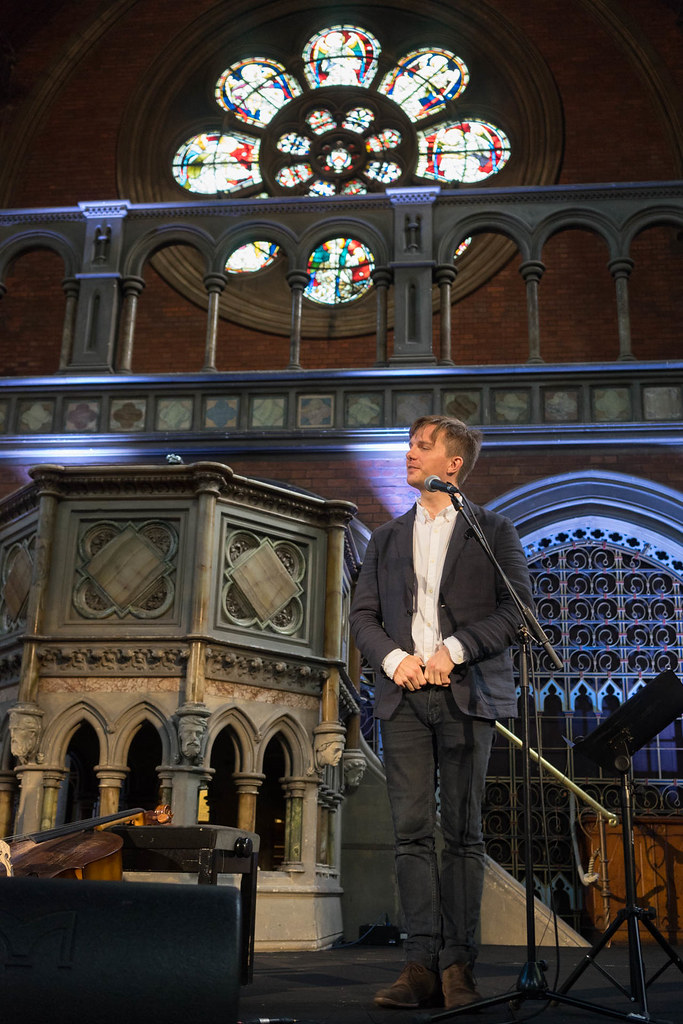 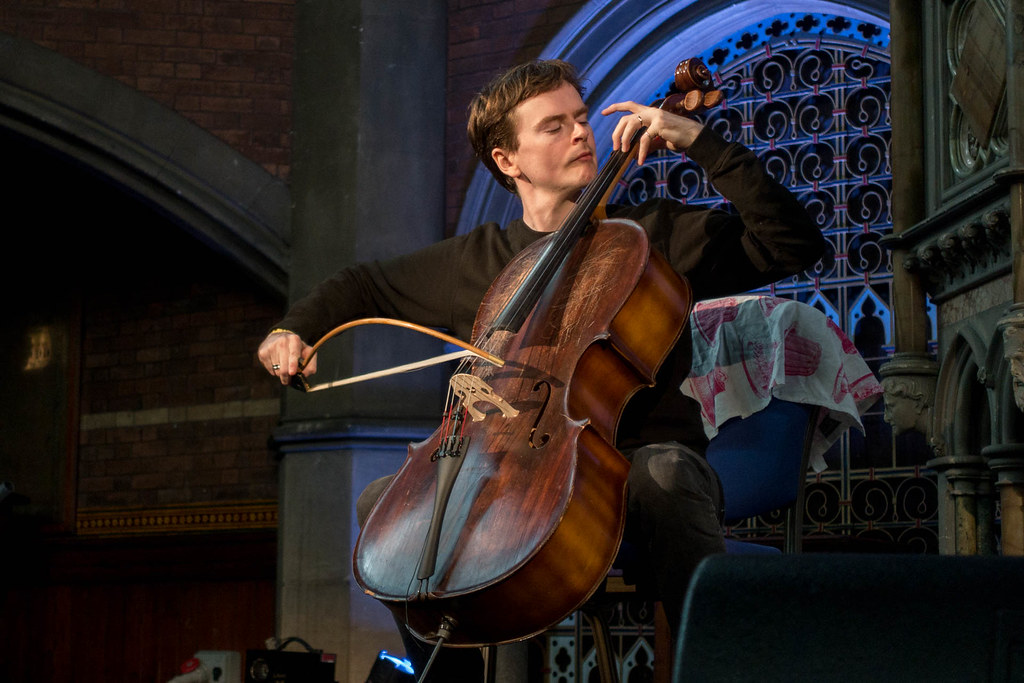 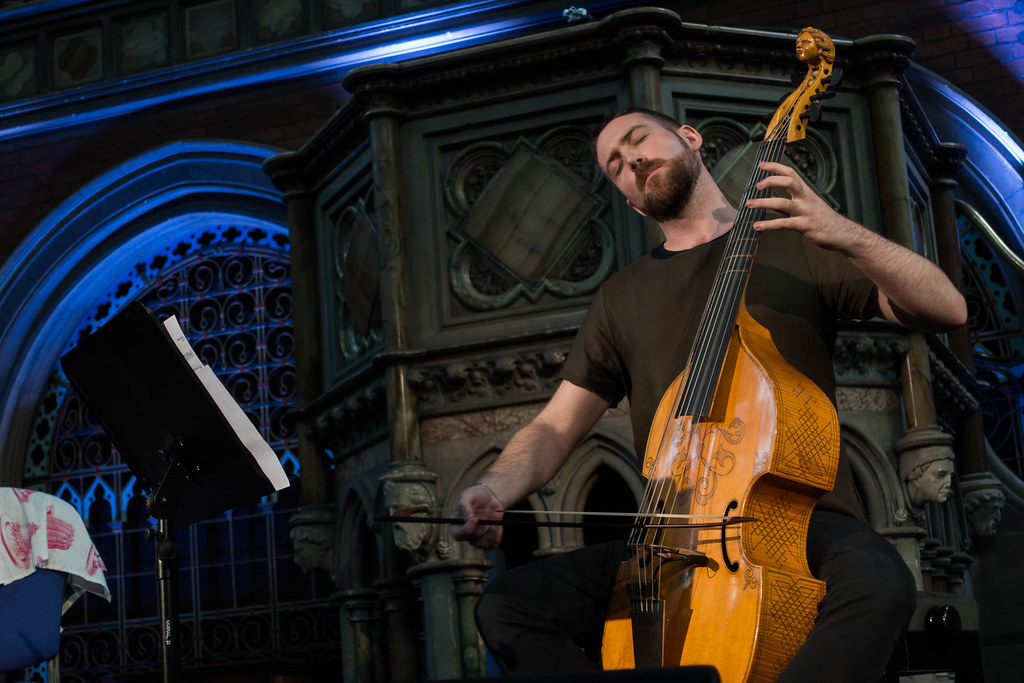