Ok I’ll admit this before starting, I love Zooey Deschanel kookiness so I probably afford her a few sins that I wouldn’t afford other performers. In fact I only gave the ‘She & Him Volume 1’ a listen because she was singing, well that and I really liked the first single from the album. 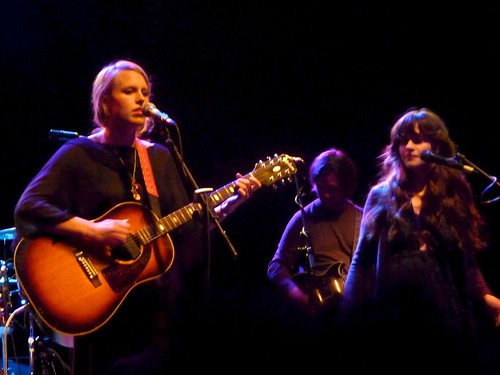 For their last song, Zooey filled in for their missing sister. A nice appetiser for the main event

If you’ve seen some of Zooey’s films, you’ll know that she’s got a great voice. She has a classical film musical voice. But when this is crossed with her natural ‘kookiness’ it’s something special. (I don’t like the term ‘kookie’, but I can’t think of a word that sums her up any better)

It’s rare that an album artist sounds as good live as they do on disk. It might have been that Koko’s acoustics suited Zooey’s voice, but Zooey’s voice was exquisite. Simply the best female vocals I’ve heard for years. It really was that good.

If you’ve heard She & Him’s music you’ll know it’s 60s influenced kitsch pop and it transferred really well to the live arena. The evening’s highlight for me was the encore (see video below) but also an earlier section where it was literally She and Him with no backing band. 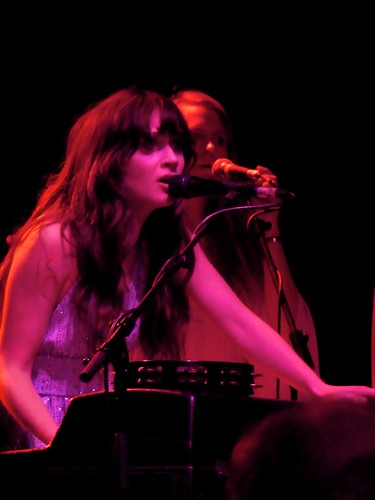