Star Wars In Concert at the O2

A bit of a departure from my usual fair. Like many men my age. I grew up on a diet of Star Wars. I watched the films when they were released. I played with the toys at home. I even played ‘Star Wars’ (cowboys and Indians) in the playground at school. Then when the videos, the remasters, and the DVDs came out, I watched them all over again. I’ve probably watched the original ‘Star Wars’ film about 80 times. So Star Wars has a special place in my life. 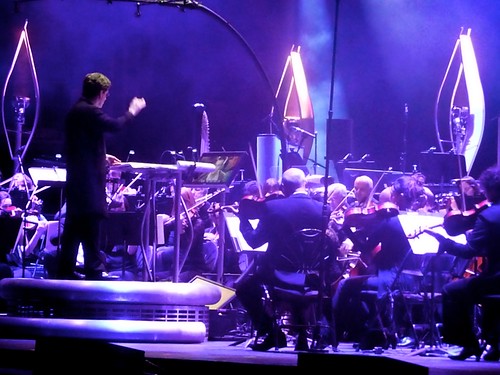 Unlike a ‘classical’ concert, ‘Star Wars in Concert’ is designed to be played in big arenas. Dirk Brosse conducts an amplified Royal Philharmonic Concert Orchestra along with a full choir. The amplification is a necessary evil to allow the event to take place in large venus such as the O2. But these venues really aren’t designed to handle orchestral music and the sound quality wasn’t brilliant, even when compared to the Royal Albert Hall, with lots echo and a lot of the ‘colour’ lost from the sound.

The concert is split into short themed sections that are meant to tell the Star Wars story and to show case John Williams’ compositions. Anthony Daniels was at his camp best setting the scene for each section. Although it was great to have a Star Wars actor presenting the concert, it would have been much better to have had C3PO waddling out to give the introductions. But as it was, the children in the audience seemed to know who the narrator was. 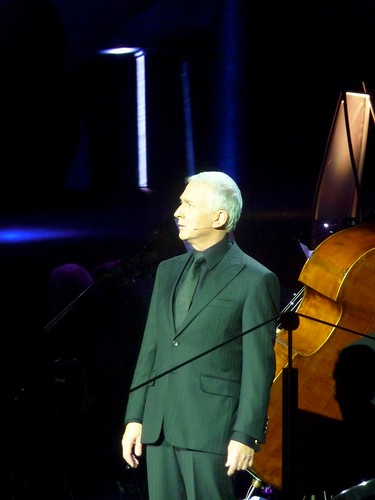 Despite the poor sound quality, the event was excellent (though expensive). It was interesting hearing John Williams music isolated from the films. Although I probably know the music off by heart, I’ve only ever listened to it within the context of the films. This was the first time I’ve listened to his music in relative isolation. It’s been said that John Williams’ work is derivative of better composers. Listening to the pieces it was clear where some of his influences are. Shostakovich is a personal favourite of mine and I could hear what sounded like whole sections of Shostakovich’s music reused within various Star Wars themes. I know classical buffs use this fact to deride John Williams but I didn’t have a problem with this. A film composer’s jobs is to create music that fits enhances the film. Borrowing passages that heighten our enjoyment of the film isn’t cheating, but good selection.

If you’ve been to a classical concert, one of the first things you notice is that the conductor really does do something! He isn’t waving his hand around, but he really is the person interpreting the music. No two conductors will conduct a piece of music the in the same way. Altering the timing or the importance of various sections to give you their interpretation of the music. This posses an obvious difficulty for an orchestra accompanying film. The conductor needs to be sure they have the right pace and are hitting the appropriate marks. The way this seemed to work was quite ingenious. The conductor not only had the score in front of him, but also a large screen with a special version of the film. On the screen, various timing stripes would scroll across the screen to help him keep time. At certain points, big circles or green stripes would flash up which seemed to indicate changes in tempo and as the piece was about to finish, the colour of the stripes changed to help him finish bang on the end of the film. It was pretty amazing how well this worked with the orchestra almost always finishing right on time. 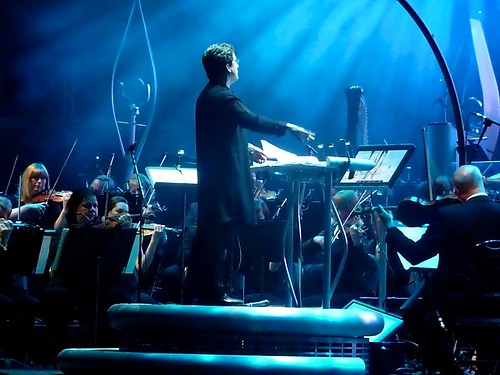 The concert lasted about two hours with a 20 minute break in middle. The first half of the concert covered the rise of ‘Darth Vadar’ (i.e. the Phantom Menace, Attack and Revenge). The second half of the concert focused on the rebellion and the ‘redemption of Anakin). Although most Star Wars fans who are my age, do not rate the first three films as the pinnacle of series, one thing you have to admit is that some of the music in Phantom was pretty awesome. The highlight of the concert was hearing ‘Darth Maul’s’ theme with full choir. It’s my favourite piece of music from all the films and live it was excellent.

This is one of those odd reviews. If you don’t like Star Wars, there is no reason to go to this concert. Williams’ music isn’t good enough to stand on it’s own within a traditional classical concert venue. However, if you’re a big Star Wars fan, you will enjoy this concert.