Noah and the Whale

The song ‘5 Years Time’ was one of those songs that got into my head forcing me to buy an album for a band I wouldn’t normally consider. (Obviously I bought it in the sales – just in case). The album ‘Peaceful, The World Lays Me Down’ was a pleasant album of what I term ‘summer music’. Full of well written songs with a fairly jovial acoustic sound. It provided a nice distraction from my usual rock and indie diet. It seemed to fit perfectly with bright sunny days. So with Noah playing the Roundhouse, I thought that I’d give them a try. It’s quite an intimate venue and surely should suit their sound? 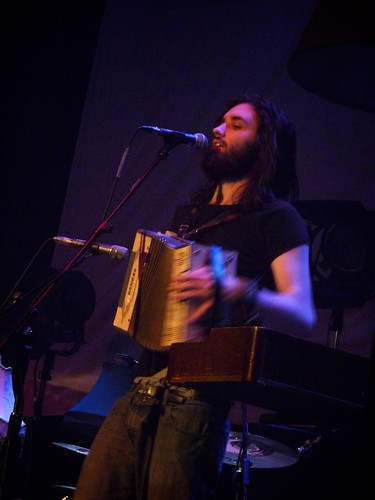 The night started badly. The support act that appeared to be two separate bands pushed together and it didn’t work. The two lead singers looked like they were rejects from a boy band audition while the other two members of the bands were rejected from a rock band.The lead singers had no presence and maybe I missed it, but I don’t think they even said who they were. All four played acoustic guitars and on one song, one played an accordion. The last time I saw that many acoustic guitars was at a school concert with the RE teachers playing ‘happy clappy’ music. Whoever they were, they were awful.

So then on to the main event. ‘Noah and the Whale’ entered the stage with a whole troop of supporting personnel. There hardly seemed to be enough space for them, their backing singers and brass section. 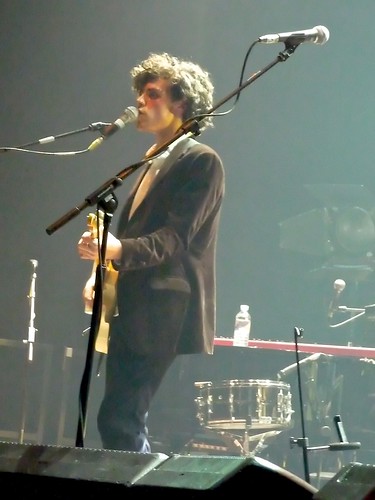 First impressions of the gig weren’t good. The audience had slowly filled up and around half the audience appeared to be young middle-class teenagers. It hadn’t occurred to me that ‘Noah’ are more pop than indie. I had thought the audience would have been full of 20 somethings students, the kind who study philosophy and watched arty films. I’m not sure if this put me in a bad mood but the next 90 minutes will not rank amongst my memorable gigs.

The things I liked on record didn’t seem to work live, even in a smallish venue. Noah’s sound didn’t fill the Roundhouse and the distortion, especially by the bassist, unpleasant. Their new drummer, managed to spend 90 minutes gurning his way through successive songs and was very off-putting. The lead singer cam across as just very ‘wet’ with little presence. 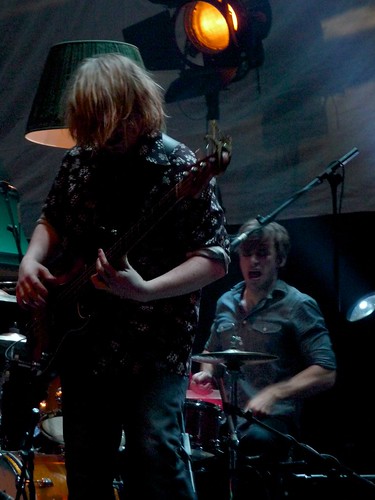 To be honest, I doesn’t help a band if you can hear the conversations around you and the teenagers in the audience were either sucking each others faces off, shouting ‘I love you’ to the lead singer, or talking incessantly. As a 30 something, it just made the whole experience unpleasant. I go to a gig to enjoy the music, jump around and have a good laugh with mates. I’ve never understood why people go to  a gig and then don’t listen. This audience isn’t unique. Even at the one-off Zeppelin reunion concert there was a group near me who spent most of their time talking through that gig – but Zep were so loud, you couldn’t hear them. So maybe I’m being unfair on teenagers who’ve probably never been to a gig before.

Despite all this, I think in an outdoor venue, on a sunny summer, I’m sure Noah are brilliant. I guess that’s the risk of going to watch a ‘summer’ band during the winter.