I wasn’t really a fan of the Stereophonics until about 2007, when I picked up one of their albums in a sale. So this was the first time I’d caught them live.

The O2 isn’t the best venue in the world. So I arrived early to get to the front.

For a arena gig, I was surprised to only see one support act. A Glaswegian band called the Hip Parade.

Their Myspace page has them listed as ‘pop punk’ and they featured on the excellent Channel 4 show ‘Orange Unsigned Act’. According to Wikipedia, they came second. (I watched the programme but can’t remember them) 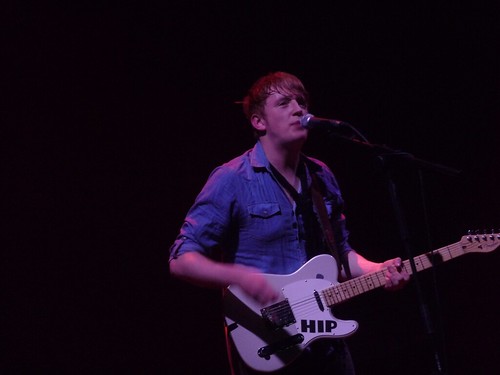 As a support act they were a breathe of fresh air. They breezed onto the stage and did their best to make the experience enjoyable for us and themselves. There was nothing in their music to suggest that they will make it big. They managed to get the crowd to join in one song and the lead singer has the presence to hold the audience, so you never know, they could end up being the next Stereophonics.

After a brief delay, the Stereophonics entered the stage. Over the next 90 minutes, they blasted through their hits from all their albums. 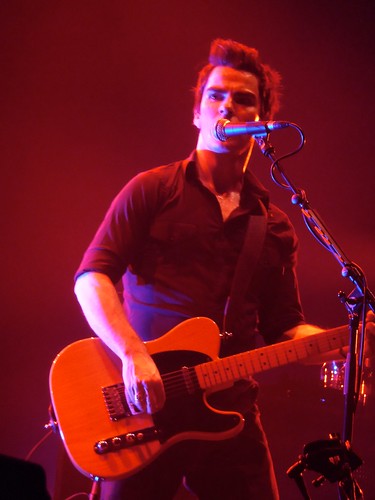 The only time I’ve seen the Stereos is on TV. Kelly always seems to have a strong, rich voice and live his voice is even better.

The Stereophonics have a rich, arena friendly back catalogue. From crowd pleasing numbers such as ‘Have a nice day’, to the bands own favourite, Dakota, every song feels like it should be played in an arena (or stadium). The songs from ‘Keep Calm and Carry on’ fell in amongst the old numbers sounding as confident as any of the classic numbers and ‘She’s Alright (She’s with me)’ is clearly a crowd pleaser that will feature in many of the Stereophonics encores over the next few years.

Overall, the night was very enjoyable. The only real issue was that the Stereophonics didn’t play their excellent version of ‘Handbags and Gladrags’, which I have to admit, I was looking forward to hearing.