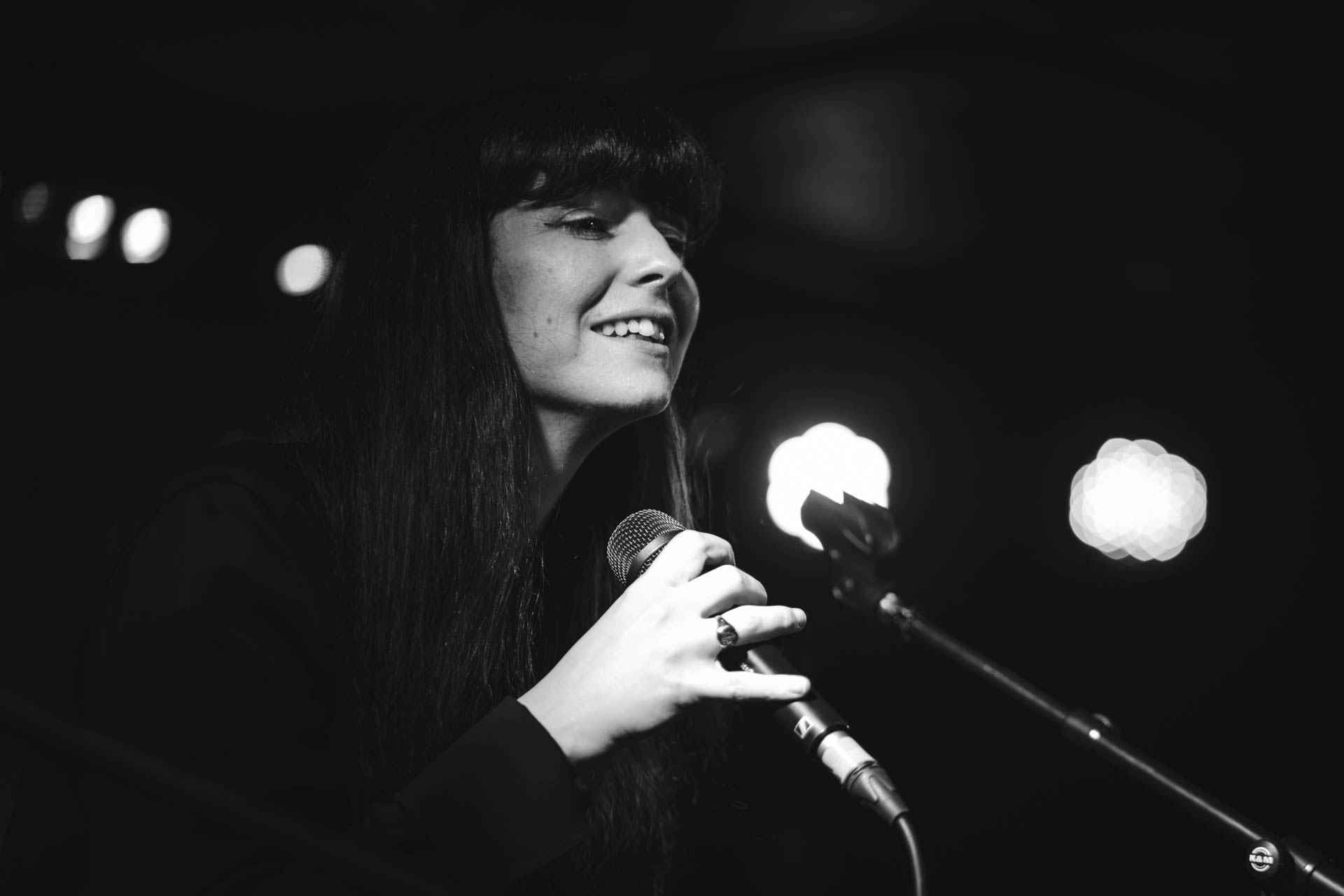 First up Zoe Konez, with a really great set of interesting folk songs and some great guitar playing.

This is where the contrast comes in. Next support was Sarah Munro. She had a good voice that I sadly found boring. I feel many singer songwriters fall into her trap. The lack of interesting songwriting was obfuscated by vocal gymnastics. But there was no avoiding the fact most songs used the same verse/chorus template which meant the songs sounded like countless other songs.

Closing the evening was Roxanne De Bastion with a band (that included Zoe). I’m not sure if Roxanne is a Brit School graduate but there was something Brit School about her vocals, with very clearly annunciated words. Musically, it seemed like the songs were probably written with guitar or piano and then layers added with producer Bernard Butler, creating a more expansive sound.

It is always interesting to see the direction a singer-songwriter takes with the producer they choose to work with. Do you go for a producer who turns your songs into Radio 1 / Radio 2 songs and take a shot at a pop career? Do you stick with the folk aesthetic? Or do you pick a producer who gives you the space to experiment and end up in the 6Music territory with some targeted commercial success, while keeping some element of artistic integrity.

Tonight, it was clear she had made a good choice. Working with Butler clearly stimulated Roxanne’s creativity bringing in elements of psych and blues. It was very 6Music. It all worked rather well.