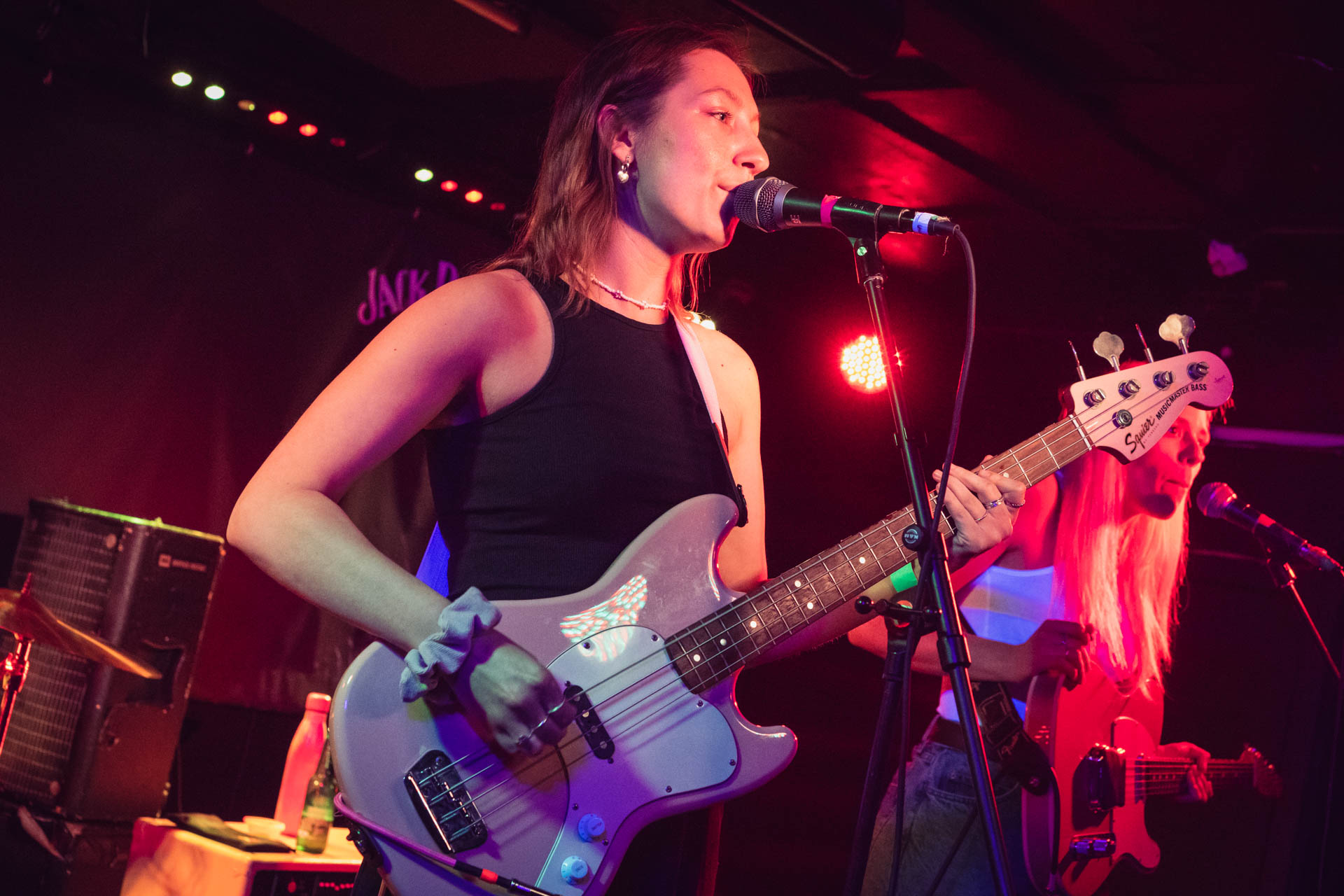 Coach Party at the Horn

Despite some complex ballad writing from The Pink Nostalgia, they failed to hold me with their performance. Lead singer is too rooted to the spot. While not my type of music. The song writing potential was clear. Think he may have a future as a writer for pop ballad singers. (Or he needs to remove get rid of the microphone stand)

Next up was Molly Coddled. Still at University and showing some promise. Molly Coddled had affected Kate Nash type vocals. More engaging than the first band. The mix of their sound didn’t quiet work. They had some interesting songs but whenever the vocals became more complicated the lead singer would basically stop playing guitar which left the sound feeling a bit weak. They probably needs a lead guitarist and then she can make for from being freed up from guitar duty – like Kate Nash does.

Closing the evening were fully formed Coach Party from the Isle of Wight. This was a much delayed gig. I suspect they would not have been as tight when this gig was originally scheduled and it also meant they had two more material having released two excellent EPs. While the first band were Radio 2, second Radio 1(ish). Coach Party were clearly a 6Music band, with the audience reflecting the six music audience. Lead singer Jessica had effortless vocals and was engaging throughout. At times they reminded me a bit of later-day Wolf Alice reflecting the maturing song writing of their latest EP. It is unlikely we will see them at the Horn. They have a lot of potential is they have a good summer of festivals