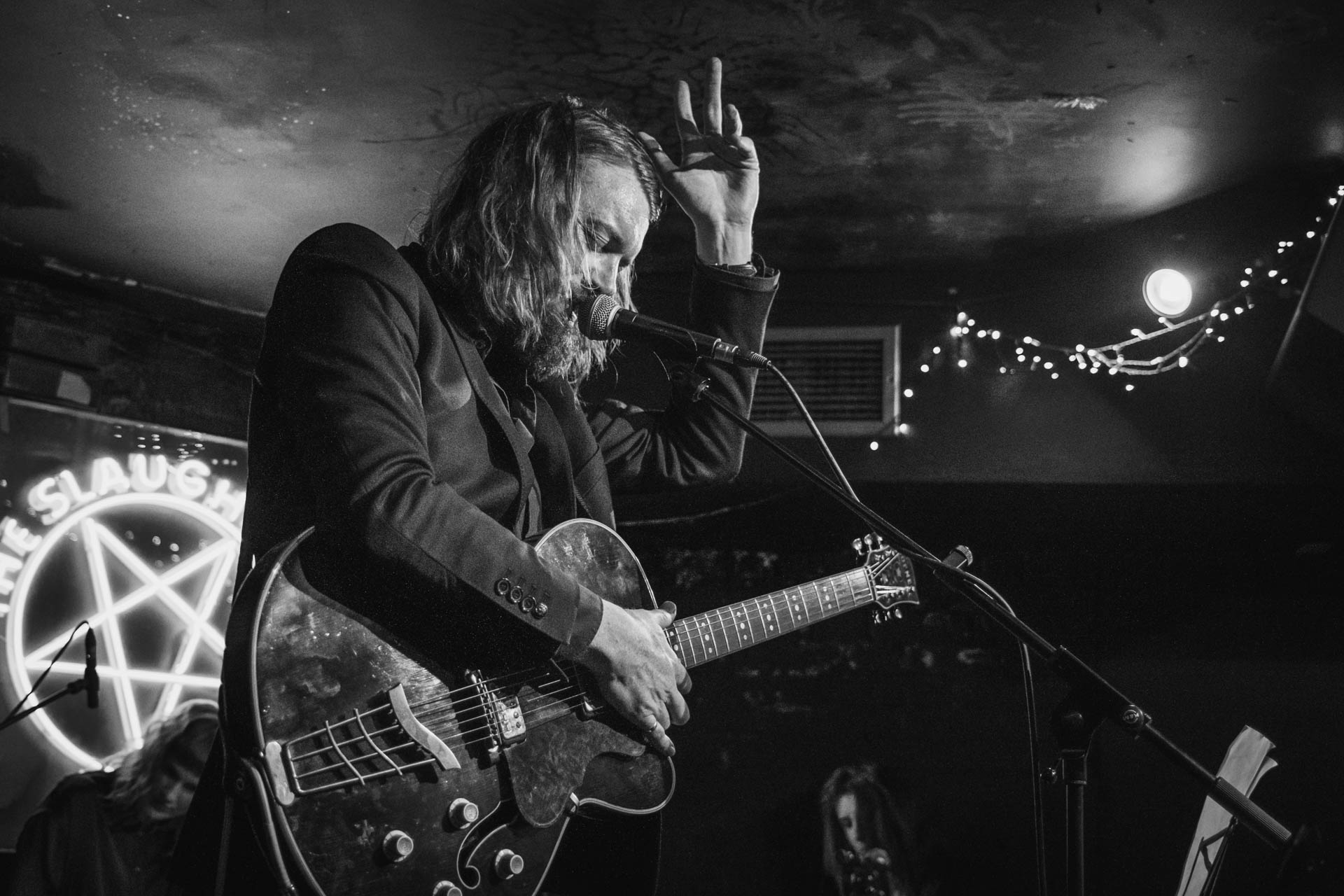 First evening since lockdown where I was double booked with a Warpaint’s Rough Trade in-store starting the evening. I haven’t seen Warpaint for a decade. Rough Trade in-stores usually start at 7pm which would leave enough time to walk across to the Slaughtered Lamb for John’s set. Unfortunately, tonight’s in-store didn’t start until 8. It is a sign of how much I like John, that four songs in, I hot-footed it across to the Slaughtered Lamb so I didn’t miss any of his set.

Luckily, they were running a little bit late which gave me the opportunity to catch the end of James Brute’s set, somebody I haven’t seen for a few years and another fine musician. Playing a grungy blues rock, he joked about how rusty he was after not playing for two years. It didn’t sound it.

This was also John’s first set gig since lockdown and showcased some of the songs from his Albany Sessions album released in 2020. John combines his excellent dark, scuzzy, psychy, delta blues guitar sound with his gruff vocals. On his cover of Blind Willie Johnson’s ‘In My Time of Dying’ the song is stripped back almost to his vocals. The guitar simply being used to accent the darkness of the song. I absolutely love the sound John creates. The temptation when you are as good a guitar player as he is, is to overdo the guitars. But he blends his vocals and guitar perfectly. The set seemed to be over in a flash. Leaving me wanting more. Hopefully, it won’t be long before he plays again.