It’s probably wrong to say a location defines a good gig. Some of the best gigs I’ve been to have been in very ordinary locations. It’s the band and often the crowd that creates a memorable gig. But after a year of trudging around the same venues in London, sometimes you’re ready for something a little bit different and count on British Sea Power to deliver

Tonight’s gig was something a little bit special and different. To support the release of the soundtrack of the music they composed / assembled for the film ‘From The Sea To The Land Beyond’, BSP had arranged to show the film and play the soundtrack live underneath the hull of the reconstructed Cutty Sark. Imagine watching a gig sitting underneath the hull of a 900 ton hull. I’ve seen some comments on twitter of people feeling uncomfortable, but for me it was something truly memorable. 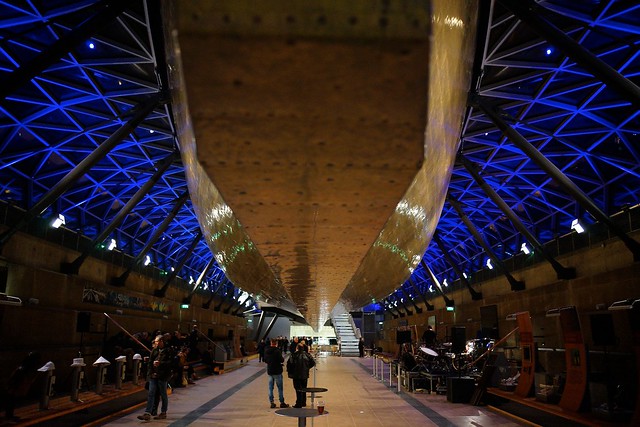 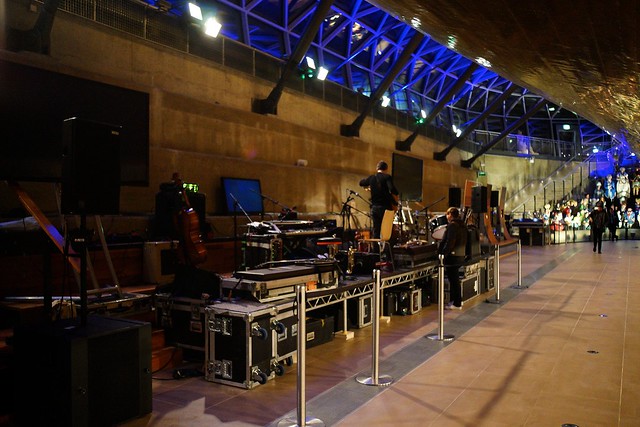 The soundtrack for the film is a combination of reworked and new material chosen to accompany the archive clips of the changing use of the coastline throughout the 20th century. From fun and games at the seaside, through to the First and Second World Wars and then on to the running down of our industrial and seafaring heritage to be replaced by the greed of the City. It’s a fine film with many interesting, funny and moving clips. Throughout BSPs music provides a strong backbone to the film’s imagery.

I’d seen the film performed once before, at the O2 Indigo, hardly an intimate space. With the band high up and far away on stage. Tonight, sitting right behind the band, it was a much more fun and interesting performance. The band themselves seemed more relaxed. They’ve now performed the piece numerous times and they seemed to be playing with more fluidity than in April and the performance was better for it.

BSPs film performances are different from their normal gigs. They never reach the crescendo of sound of say St Louis and being seated changes the crowd dynamic. But these performance give us a chance to sit and appreciate what a special band they are. Definitely more than the sum of their parts. Woody the drummer, for instance, I never feel like he’s the strongest drummer in the world when he’s hidden at the back of the stage keeping everything simple and neat. But when he’s brought to the front, you realise how important he is to keeping the juggernaut moving. I’m not saying these are better performances than the full-on BSP experience, but they give us time as a fan to sit and appreciate the bands dynamics 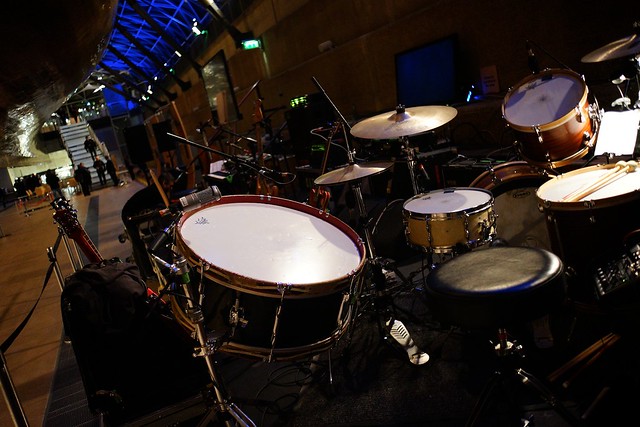 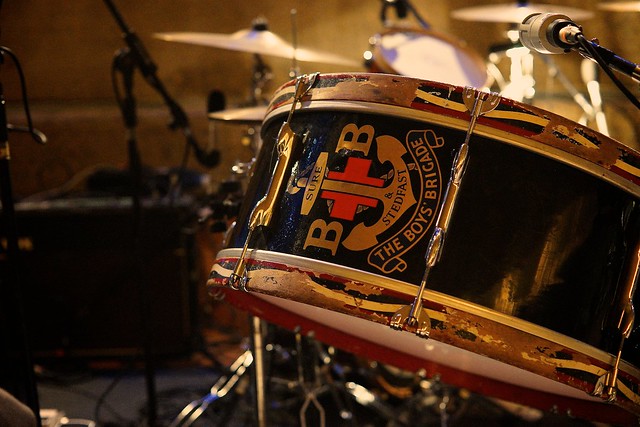 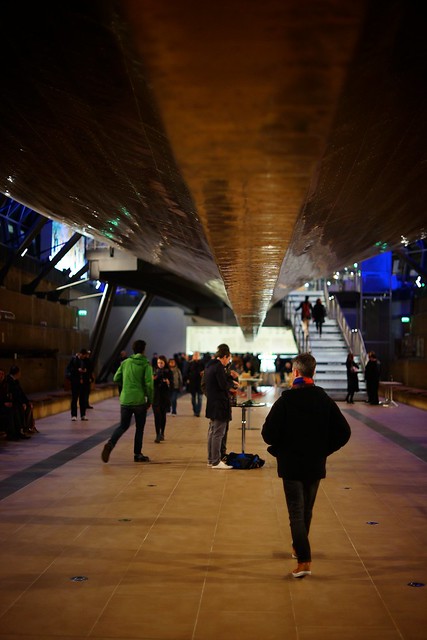 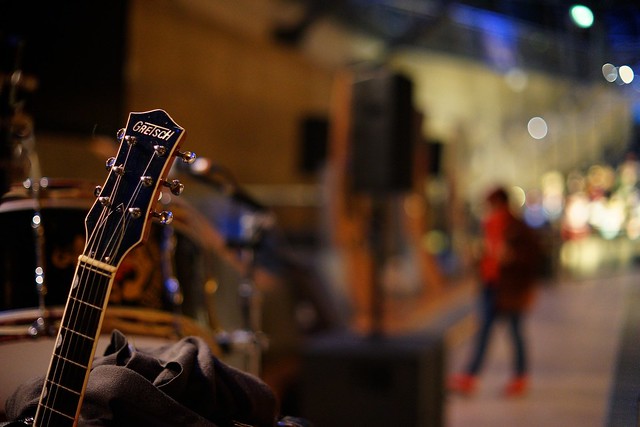 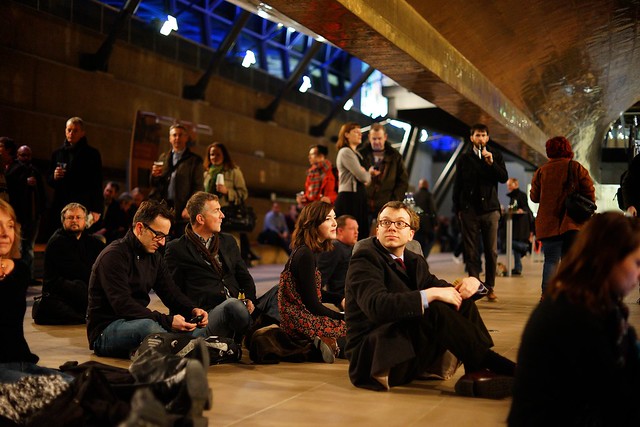 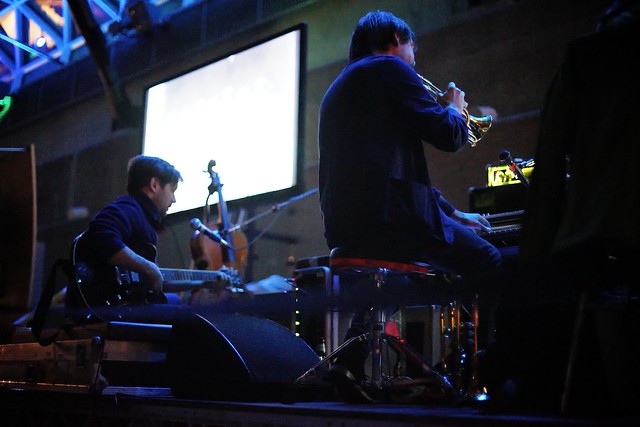 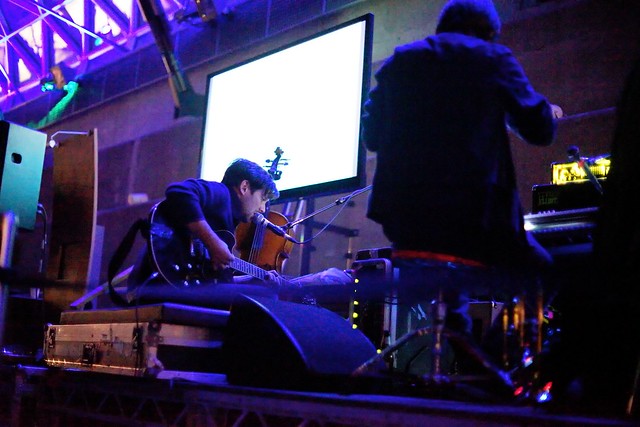 So this was my last BSP gig of 2013. I wonder where BSP will take me next year. It’s great that the band want to do different things. It guess it helps them keep an interest in continuing to play together. Being a BSP fan is a good thing.