Although I’m a big Robert Plant fan, I wasn’t going to go to this gig at the Royal Albert Hall. It didn’t start until 1030pm making it difficult to get home and it was also very expensive. Unfortunately, I caught him being interviewed by Danny Baker and realised that it might be some time before I get another opportunity to see him live. So I ended up getting a ticket. Unfortunately, the only tickets available were up in the Circle. A seat I would have paid about £10 for during the Proms, cost over £50. It’s a long time since I’ve paid this much for a ticket. But it was Robert Plant after all.

Tonight, without Patty Griffin in tow and playing at a blues festival, Robert was back to his blues Zep roots. Don’t get me wrong, I enjoyed (mostly) his trip into Americana and duets. But I wasn’t keen when it strayed into ‘country’ and seriously unimpressed whenever he’d give Patty the stage and would take a back seat. Tonight, with his Shape Shifters, a new iteration of his Strange Sensation band which brings in Juldeh Camara for a West African influence, Plant ripped through a combination of old blues numbers and some of his Zep back catalogue in a thoroughly enjoyable evening. Even the cost of the taxi back to Kings Cross failed to damp my enjoyment of the gig. I really hope he sticks to this formula. 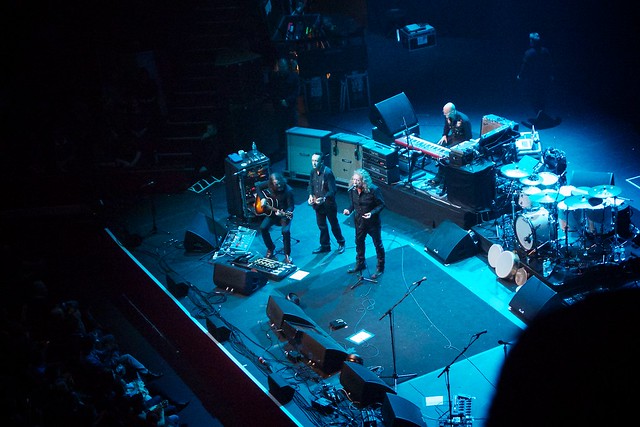