This was the first in a week of British Sea Power related events. Tonight at the Union Chapel, Islington, British Sea Power played two sets suitable for the setting. In a break from tradition and in a slightly schizophrenic way, BSP acted as their own support. Playing a short semi-acoustic set. The slower pace of the songs gave many familiar songs a different previously unexplored dimension with Atom the standout song. 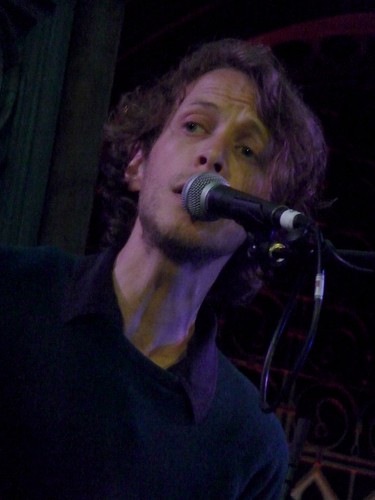 Following BSP’s first set was Rose Dougall. (ex pippettes). A simple quite set, with Rose on keyboard and a single guitarist. To be honest, I wasn’t too impressed by the set. The quiet understated set showed some deficincies (for me) in her voice. Far too often her voice sounded a little too much ‘Kate Nash’. Which I didn’t feel suited some of her songs.

After Rose, BSP rejoined the congregation to play the complete ‘Man from Aran’ set. The ‘Man from Aran’ is the soundtrack to a 1930s B&W fictional ‘documentary’ about life on the island of Aran. 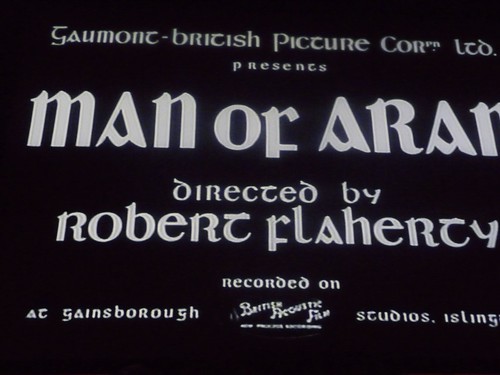 I’m a big fan of the ‘Man from Aran’ album. Although it’s clearly an BSP album. There’s some good music on it that seems to draw inspiration from ‘minimalistic’ classical composers such Arvo Part. Much of the album uses of simple repeating musical patterns that often grow into much exciting climatic themes to accompany the on screen danger.

So that BSP can follow the film, they sat throughout the set facing the screen. An unusual approach and disconcerting at first. But once you realise that you’re meant to be watching the film and listening to the music, and not watching the performance, you soon get used it. Throughout the 70 or so minutes of the film. The music always felt right. Perfectly conveying the onscreen action.

All in all, a very enjoyable performance and one I look forward to seeing again.