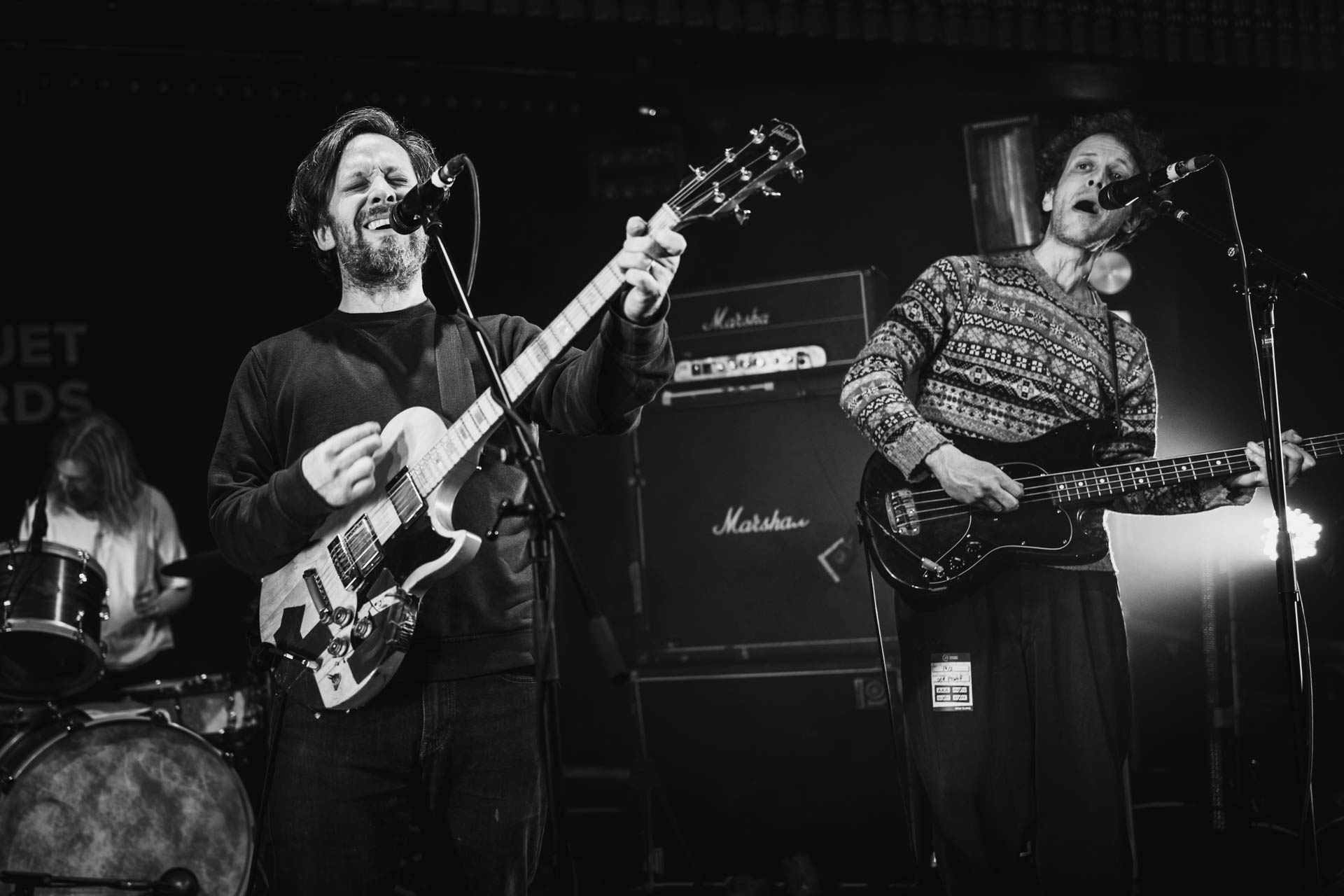 When established bands release new albums there’s usually suggestions, often unfairly of it being ‘a return to form’ or it’s the ‘best album since…’. Friday, Sea Power released their first album under their new name, ‘Everything Was Forever’. It’s garnered great reviews with many saying that it is a better album than their last few. In my opinion, a completely unfair assessment. Every one of their albums has something of note, often taking on a new life live.

To some extent I can understand why reviewers are so positive about this album. Maybe due to lockdown, the band maturing, or their producer Graham Sutton. There’s a sonic depth maybe missing from other albums. It is a great album. But for me, Sea Power songs live in the live arena and most of these songs haven’t had a live airing. With their last album, songs I wasn’t keen on, became a different beast live. Let us be clear , there are no bad Sea Power albums and this album will have to prove itself live and with it being arguably their most ‘studio album’, I have to admit I had some doubts if this would be the case.

Tonight at their ‘in-store’ performance at Pryzm for Banquet Records, Sea Power, minus Abi, played eight songs from the new album. All sounding great live. The most ‘studio’ of their new album, ‘Scaring At The Sky’ was one of those omitted. (I really hope it gets an outing at some point). Everything else didn’t seem to suffer from the move from the studio.

Working out which songs might become a stable track on future tours is difficult. Doppelgänger, Two Fingers and Green Goddess are ‘bangers’ and proved themselves on their brief October tour. But Sea Power have a lot of ‘bangers’ from previous albums they don’t play. Lakeland Echo has already captured the hearts of many Sea Power fans and is an incredibly beautiful track and sounded great live. I suspect this might feature irregularly on set lists. My favourite, ‘We Only Want To Make You Happy’ I don’t think is destined to find a place in the set, despite sounding great live.

So what do I think might end up in a Sea Power set?

Doppelgänger has a great energy that could sit mid set after a quieter number. But it has similarities to several songs from earlier albums and I suspect won’t last beyond the album’s tour. Lakeland Echo I think will end up on set lists. It’s too beautiful not to be played regularly. Two Fingers sounds great live and I think will end up getting regular future outings. I have a sneaking feeling Transmitter might end up on set lists. With a short guitar solo, I thought Martin especially enjoyed playing this. And many fans think this is the best song on the album. I hope Green Goddess doesn’t. It actually sounds great live, but it will depose other similar tracks. Other tracks have tracks on earlier albums bring similar energy to the set and the familiar will trump them. I’m really hoping at this summer’s Krankenhaus festival, Sea Power will play a set or rarities, as there’s so many good songs that never get played. (A big plea for Bear)

I’m really glad I made tonight’s gig. I suspect many didn’t. I was close to turning around. After storm Eunice, my line into London opened and regular trains were starting to run on a reduced service. My train app suggested I could get to Kingston and back without any serious delays. So I decided to head into London. Stupidly I didn’t check the stations I needed to use. On the way in, I checked Waterloo and Vauxhall. ‘Cancelled’. It was if the lines to Kingston has said something controversial. Storm Eunice had seemingly blocked all train lines out of Waterloo. While I could get to Kingston via underground and bus. Getting home after the gig was clearly going to to be a problem as the train company announced there would be no trains for the rest of the day. I sat at Farringdon for about an hour weighing up the options. Wait for the next train and head home and maybe try and drive to the gig? In the end I decided to book a Travelodge and worry about getting home tomorrow. I’m so glad I did.

Mixed amongst the tracks were ‘bangers’ from other albums. Opening with the beautiful ‘Heavenly Waters’ seemed right. It could easily sit with this new album. As always, the simply perfect The Great Skua closed the show. Phil added some beautiful extra texture to the ‘The Lonely’ that hopefully will see future airings. But justifying the trip, my perfect song, ‘Lately’ found its way onto tonight’s set. At over ten minutes long, it understandably doesn’t get many airings. But for me, it is the seminal Sea Power track. Everything they became is in that track.

I find it hard to describe why I love this band so much. I guess their mixing of musical styles with idiosyncratic topics, tickles my sensibility. I often wonder why the band aren’t bigger. But looking at tonight’s set list. Is too much to ask an audience to enjoy the slow pace and spatial ‘Lake Land Echo’ after the high energy Doppelgänger? Maybe? There has to be a reason why Sea Power aren’t the biggest band in the country. But at the end of the day. I don’t care. For me, there is no better band than Sea Power. Round two on Monday.