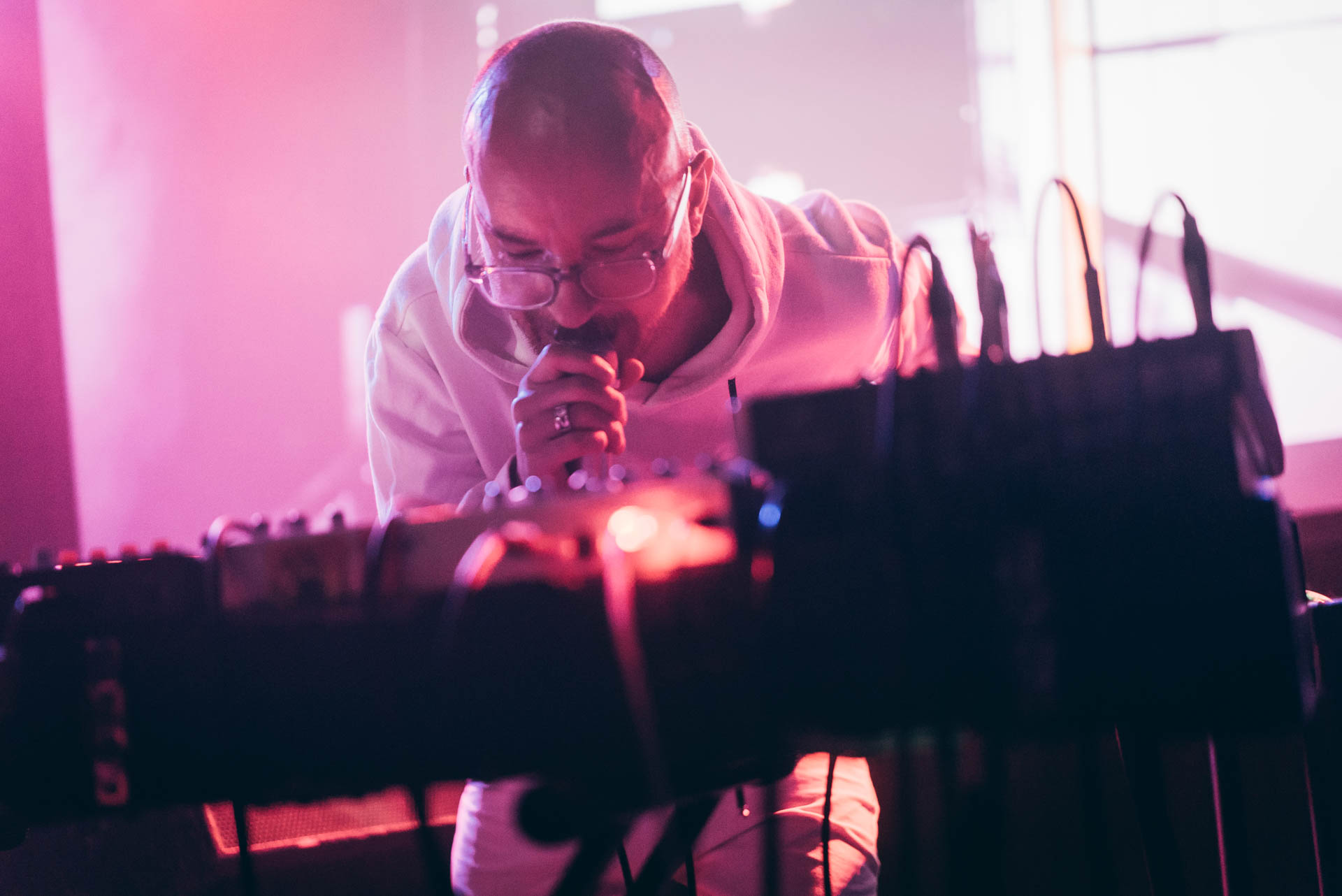 Teeth of the Sea at the Lexington

Originally arranged as two socially distanced gigs, one in the evening and a matinee show. This gig had already been moved twice. Last time, I had just ordered a pint at the bar when I received the message the gig had been cancelled due to a positive test upstairs. So my gig consisted of watching Utopia Strong pack up their car as I sat outside drinking my pint. Thankfully, today’s gig went ahead as a full capacity show.

Supporting Teeth of the Sea were the Utopia Strong. For somebody my age, the big draw is that the snooker legend Steve Davis is a member of the band. I have seen Utopia Strong before and like last time, I was more star struck seeing Steve, than just about any artist or sports person.

While obligatory to mention Steve. The Utopia Strong are a very good band. They create experimental ambient electronic music. Mixing old electronic instruments, guitar, flute and even Northumbrian pipes to create a wall of ambient music that washes over you. I rarely want to sit listening to music, but this is music to lie down to while staring at a stream of psychedelic imagery projected onto the ceiling. As the music doesn’t have a base line. It’s not something I can necessarily move around to and I realised halfway through their set, I was stood completely still, mesmerised. Looking around at the audience, so was everyone else. No one was talking. Everyone listening. Clearly, their music works.

I first saw Teeth of the Sea support GOAT. It was one of those times when you leave a gig having enjoyed the support act more than the headliner. Their lineup has changed since then and they no longer have a drummer. But they’re still as impressive now, as back then.

I always find their music always conjures images of future worlds. Some optimistic. Some weird. Some collapsing into dystopia. A few years ago they added a soundtrack to a documentary about the Moon landings. They are an obvious choice as their music can be full of optimism. But more often than not, their music can paint a very bleak picture of the future with strong heavy guitars and a nod to 90s industrial metal. Today, accompanied by dystopian projections and with everything we’ve experienced in the last two years in politics and with COVID. Today their music felt more like a warning.

To say this was the first of two shows, they didn’t hold back with a full energy set. I really enjoyed it and it was nice having a gig finish early not having to rush for trains. But as I left The Lexington. I would have happily played chicken with Sunday trains for the evening show.