God this evening was terrible. I’ve never really listened to Frank Turner. I listened to him from the street at SXSW, but I wasn’t particularly impressed. But I try to get to as many gigs at work as possible because I think it’s important to support live music. But there’s something ‘false’ about Frank Turner. He’s not terrible as such, but he’s billed himself as a ‘folk’ singer yet he sounds like he’s created a pastiche of what he thinks modern folk should sound like. Few of the songs are actually about anything. But then as he’s posh, having attended Eton, it’s to be expected. But that’s the central problem with tonight’s performance. The crowd loved it. I know that seems silly. But his music is so vacuous, it just shows how dead the music industry currently is. To me his music feels just as manufactured as any pop song and the fact that so many people were lapping it up, just felt so wrong. There was literally nothing surprising about his music. Every break, every chorus, was exactly where you thought it would be. I like music to surprise and challenge me, and Frank’s music simply didn’t. 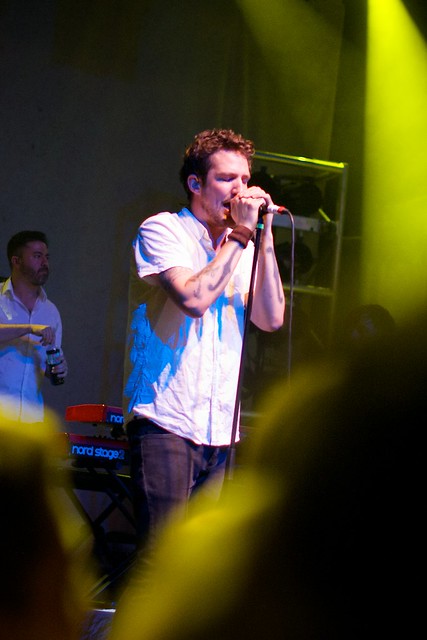